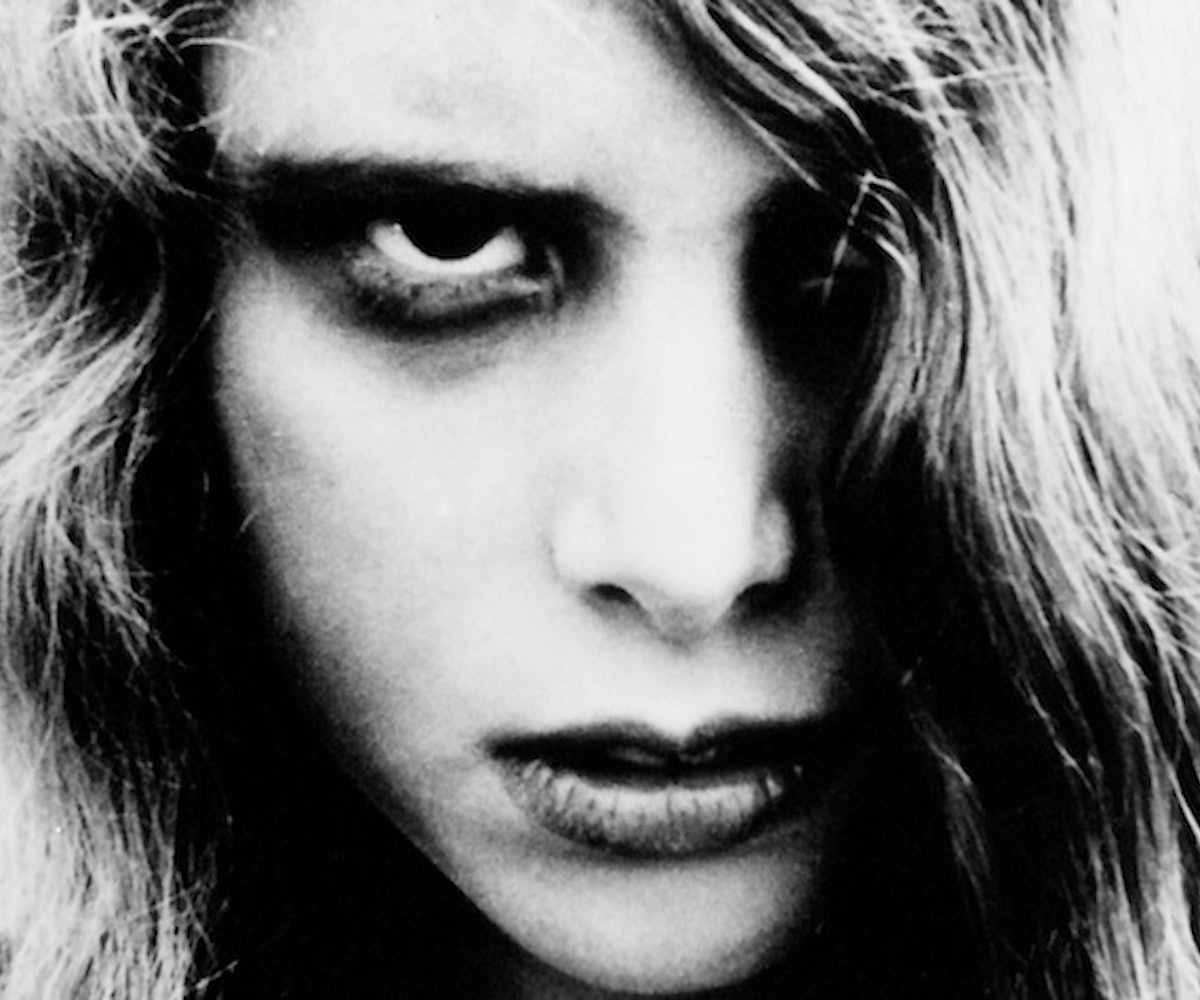 We want to clarify one thing: We are always in the mood for a horror movie marathon. It just so happens that right now is the perfect time to have one—Halloween is coming up, tonight's the season premiere of American Horror Story: Freak Show, and, well, we've always found Tuesdays to be just a little...off. So we're gearing up for a little marathon of all our favorite freaky films, streaming on Netflix now. So get your popcorn ready, turn out the lights, and keep a baseball bat by your side because you're about to get seriously freaked.

No offense to Sissy Spacek, but there’s just something about her look that makes her version of Carrie super creepy. If you want to get really freaked out, I’d say go way Stephen King for the remained of scare-month and read his books instead of watching the movie version of his writing—just make sure your roommates will be home while you go cover to cover. JACKIE YAEGER

Not sure about you, but almost any movie in black and white gives me the creeps (even the romantic ones). I just always feel like there’s a strange sparkle in everyone’s eye that I’m not really sure is a good thing. F.W. Murnau’s original Nosferatu from 1922 is frightening both for it’s cinematography, and for the fact that it’s based off of Bam Stoker’s Dracula. JY

This is one effed-up flick. It feels more like an episode of Law and Order: SVU gone seriously, seriously wrong (yes, worse than Benson and Stabler’s usual freaky antics—OK that came out wrong). What I mean, is that in this film, Elizabeth Olsen gets trapped inside her family’s lake house and is forced to face demons from her past…or is she? JY

Flesh-eating zombies, black and white cinematography, and blood-curdling screams... George A. Romero seriously knew what he was doing when he produced this low-budget film and in doing so, reinvented the zombie genre. YASMEEN GHARNIT

A little bit The Most Dangerous Game, a little bit Clue, and thankfully nothing like Chuck Palahniuk's Haunted, this movie follows one seriously sick millionaire, his wife, and five paid-off strangers as they spend the night in a haunted house. Is it just me or is this a seriously warped version of Ryan Seacrest and the world's first reality show? YG

This is literally one of the most disturbing films I've ever watched. Whether it's this Austrian version, or the one starring Michael Pitt, Tim Roth, and Naomi Watts, Funny Games causes you to question just about every 20-something blonde in a white polo and golf shoes. YG

Whedon-esque is a real word, used by real people to describe the real trend that Joss Whedon started where he has taken tropes and expectations viewers have been trained to have and then turned them right on their head. Here, you have the most expected genre (horror) with the most familiar characters (the jock, the suspicious stoner, the sexually promiscuous blonde, etc.), but the film knows exactly what you are expecting and then proceeds to totally eff with you. Also, Chris Hemsworth is in it and he is actually the best looking man alive, according to science. LEILA BRILLSON

No movie encapsulates the end of the '90s quite like Blair Witch. On top of being wildly successful, it also became kind of a joke, with constant parodies and a slew of bad imitations. But forget the hype, forget the now-overused 'shaky cam'; at its core, Blair Witch Project is a terrifying movie about being lost in the woods, one of the most primal, creepy fears ever. LB

Okay, this movie is just good. It's made with, like, the tiniest budget and is filmed using a husband and wife duo, but it is totally in the same vein as District 9 in that it uses horror and fantasy to discuss real world issues. In a not-so-distant future, immigration become a literal fight for survival because Mexico is taken over by large, possibly man-hating creatures. As long as humans are out of the lower part of South America during the summer months (i.e. areas of extreme poverty), everything is fine. But the only thing scarier than monsters are lost passports and border patrol. LB

This is a classic becuase this movie has it all: high school drama, romance, comedy, tons of murder and awesome acting. Starting with spooky phone call, it quickly becomes clear that a killer is on the lose in small town Woodsboro. As he terrorizes poor Sidney Prescott (Neve Campbell) suspicion is thrown on her circle of friends - who can she trust?! Reporter Gale Weathers is determined to make headlines and town deputy sheriff Dewey Riley provides comic relief. I saw this movie for the first time on a plane. Alone. And I screamed. LIZ RICCARDI

This movie has haunted me since I saw it as a kid living in a small town full of corn fields. A young couple hit a boy while driving only to discover that he was already injured. They arrive in Gatlin Nebraska hoping to report the murder only to find the town inhabited by a cult of children who believe all adults must be murdered. Evil ensues. LR

This is one of my favorite movies to recommend because it was recommended to me and is completely ridiculous and three hours long (it was a tv mini-series originally). Several passengers on a red eye to Boston awake to find that they are the only ones left on their still flying plane. How have they come to exist in this alternate reality? And WHAT are the  mysterious Langoliers who pursue them, apparently eating all the time that has passed before? Eating time? What does it all mean? I still don't have all the answers. On a side note: Double thumbs up for the amazing 90s special effects. LR