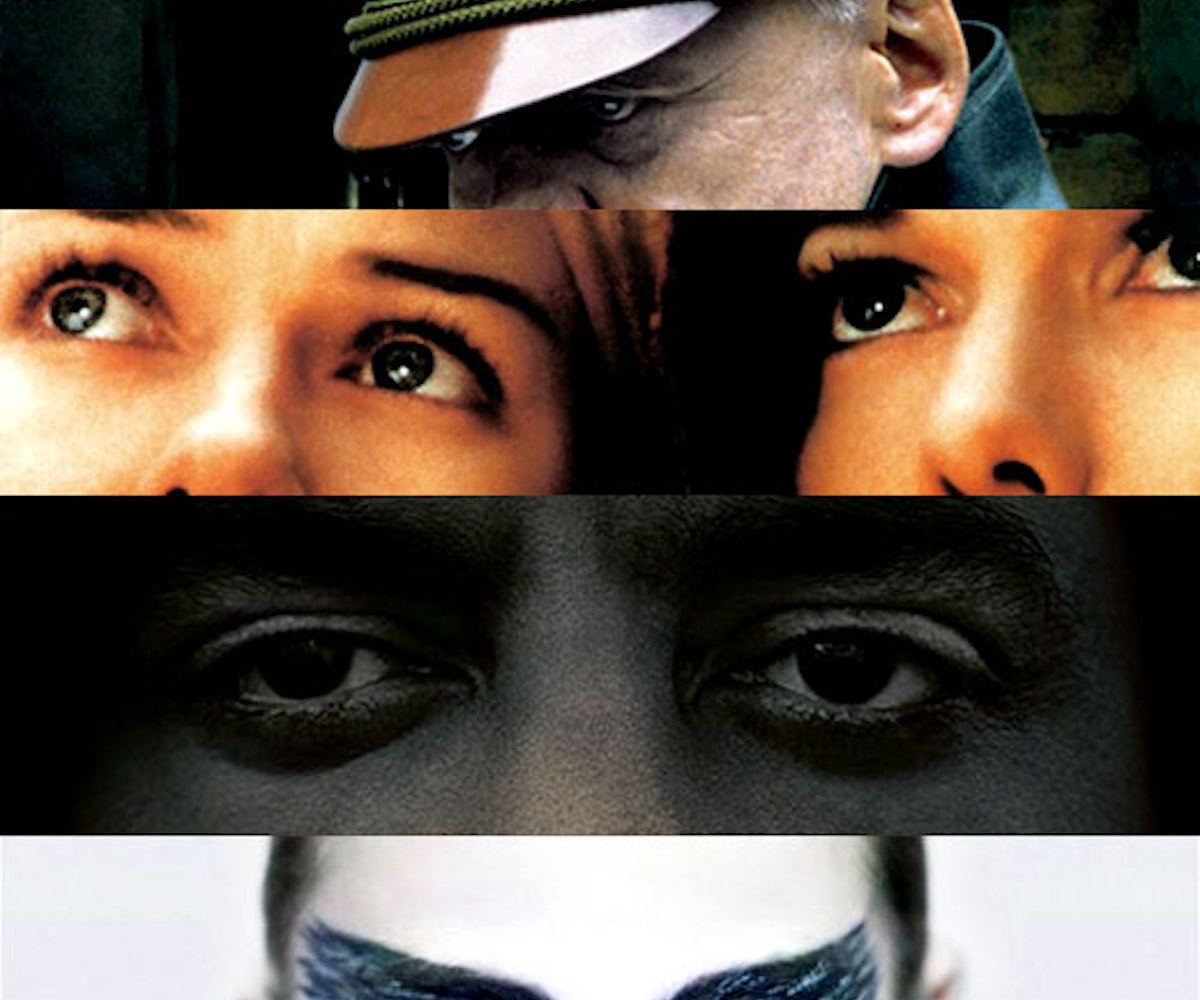 With October 31st just around the corner, it’s time to start curating your binge-watching list for Halloween weekend. And as usual, we’re here to help. But if it’s, monsters, ghosts, and ghouls you’re looking for, you’ve come to the wrong place. This is a list of movies that prey on real, palpable fears: A sudden plane crash, a violent home invasion, a psycho killer hiding in the burbs. These are the 15 scariest movies of the last 15 years.

The psychological horror of

is, figuratively and otherwise, just beneath the skin. There are no real overt horror moments, just an escalating feeling that Natalie Portman's Nina has something sinister brewing beneath her surface, and the cracks are literally beginning to show (a feather here, a fingernail there). Paranoia makes way to terror, and in the end, there is nothing as brutal as what Nina inflicts on herself, which—spoiler alert—is dire.

Damien Chazelle’s crackling psycho-thriller about an aspiring jazz drummer who’s pushed to the brink features one of cinema’s all-time great villains in J.K. Simmons, a ruthless instructor who swears, screams, and strikes his students not just because he can, but because he wants to. This is sadism in its purest form.

This is David Fincher’s least-serial killer-y serial-killer movie, as the Zodiac killer himself gets very little screen time. Instead, we watch Jake Gyllenhaal and Robert Downey Jr.’s newspaper gumshoes come undone, thanks to a lethal combination of fear, anxiety, paranoia, and obsession, proving that a descent into madness is far more terrifying than any man with a gun.

Requiem For a Dream

Darren Aronofsky’s anti-drug parable isn’t just a warning about the perils of addiction. It’s a gut-punch anchored by Ellen Burstyn’s tough-to-watch turn as a lonely Brooklyn widow whose only comfort is a bottle of pills. It’s just one of four parallel stories that culminate in a harrowing climax that will leave you breathless, crushed, and deeply, deeply disturbed.

Of all the masked slashers and gruesome monsters the movies have given us, Swiss actor Bruno Ganz’s startling depiction of Adolf Hitler in the final days of WWII trumps them all. Trapped in his bunker underneath the flaming ruins of Berlin, Hitler’s regime is coming to an end and he’s determined to go out in a fiery blaze of destruction. Ganz plays the Nazi leader as a man losing his grip on reality, and determined to suck all of German civilization into the pits of hell along with him.

Martin Scorsese’s gothic thriller about a pair of detectives stranded on a remote island that just happens to house an institute for the criminally insane is all mood and atmosphere. Leonardo DiCaprio delivers a masterful performance as a man on the brink of losing his mind, while Scorsese fills every frame with a foreboding sense of dread and psychological tension.

No Country For Old Men

Quite simply put: Anton Chigurh is one of the most terrifying killers ever captured on film. Played with icy conviction by Javier Bardem, this mop-topped bogeyman hunts his prey with same tenacity of some horror’s most notorious icons. Think: Jason Voorhies without the mask.

According to Hollywood legend, this movie about a man stranded on a remote island after his Fedex plane goes down in the Pacific initially gave the shipping company “a heart attack.” But it was audiences that needed a defibrillator after watching one of the most visceral, shocking, and realistic plane-crash sequences in movie history.

There is no imagination on Earth that can match the sheer terror of something that really happened. And in the deft hands of the supremely skilled director Paul Greengrass, this recreation of the hijacking of Flight 93 on September 11 is so realistic that at times it’s almost impossible to watch. And while the thriller, which tells the story of the passengers who fought back against terrorists who had overtaken their plane, plays off our worst anxieties about terrorism and air travel, it ultimately registers as a triumph of the human spirit.

While the remake of Funny Games is not as good at the original, it is still pretty freaking good—especially since it was helmed by original director Michael Haneke and a shot-for-shot remake. Michael Pitt is devastatingly charming and horrible, and Naomi Watts acts the hell out of her role. The genius of Funny Games is that it looks you in the eye and knows exactly what you expect from horror, thrillers, and film in general—and then brutally rips it away from you in one swift, cruel gesture. A comment on filmmaking and audience expectations, but at the hands of a maniac.

While David Lynch’s neo-noir whodunnit may be light on the scares and heavy on the weird, there’s one deeply oneiric scene in particular that perfectly captures the profound effect a nightmare can have on the human psyche. It involves a diner, a dumpster, and a face that haunts us to this very day. If you never want to have a good night's sleep again, click here.

Lars Von Trier doesn't do fear. Instead, he does palpable, meaty anxiety, the kind that ratchets itself up into something so scary that it seems to shake viewers at their very core. Which is exactly why

is so effective. For women, it creates a feeling of hysteria that would, in less-capable hands, feel like gas-lighting, but Charlotte Gainsbourg's She is relatable—until the moment when she isn't. For Willem Dafoe's He, he seems patient until he becomes menacing. And the last half of the movie: Well, let's just say, trigger warnings for all.

We Need To Talk About Kevin

In this portrait of a teen psychopath who goes on a killing spree at his high school, Tilda Swinton lives out every parent’s worst nightmare. First, she watches her child’s hostile behavior mutate into something far more monstrous in the form of Ezra Miller's evil stares. Then, she’s left to slither among the rubble of her offspring's heinous act. And for a country whose psyche has been damaged by a never-ending assembly line of these miniature monsters, this homegrown horror movie feels especially poignant.

Most of us will never really know what it really feels like to be lost in the deep, black abyss of space, as the shimmering, blue vista of Earth below serves as a constant reminder of just how far away home really is. But after watching Alfonso Cuaron’s deeply immersive survival epic, we have a pretty good idea. And, well, count us out.

In this pitch-black commentary on the American Dream and sometimes-desperate lengths we’ll go to achieve it, Jake Gyllenhaal gives the most disturbing—and revelatory—performance of his career. As the skeletal, wild-eyed Leo Bloom—a fledgling cameraman who’ll stop at nothing to get the goriest crime scene footage he can—Gyllenhaal takes on a queasy and often-terrifying ride through the nocturnal L.A. streets—a ride that we somehow can’t wait to get off of, and never want to end.