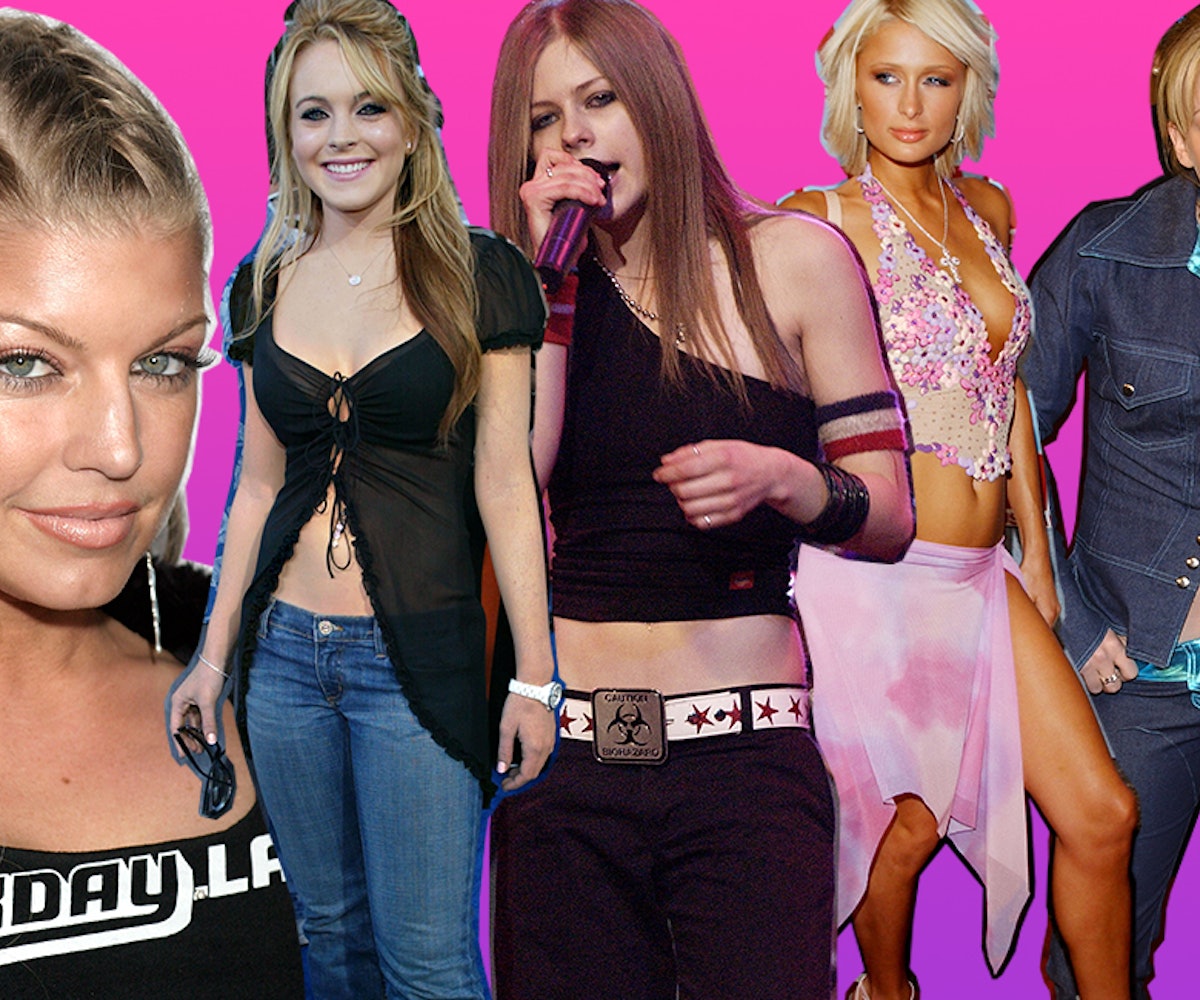 The early aughts are back. Just look around you: Paris Hilton has a new song and is starring in videos where she deems herself the OG of '00s fashion, Juicy Couture is dropping collections with Urban Outfitters, and an exhibit dedicated to the decade is arriving in Brooklyn, New York, this weekend. Might as well watch old episodes of The Simple Life and queue up "Independent Women" now. There's no escaping it.

Pop culture was weird in the 2000s, but perhaps nothing was more bizarre than the fashion. Which is why each resurgence of tracksuits, platform shoes, peasant tops, and fishnets, catches us off guard. But there were some notable moments during the era when Sidekicks reigned supreme. And since it's becoming easier and easier to predict what's going to be "in season"—usually something we've already seen before, just refashioned to appear new and novel—we decided to make our own guesses of what's coming next. What say you, world, are we ready for a low-rise jean resurgence?

Kendall Jenner wore a version of this during her birthday back in November. So, it's already gotten the Jenner-Kardashian seal of approval, and it's just a matter of time before everyone follows suit. And, yeah, media outlets will all claim that Jenner started the trend, but may the record (and above photo) show: She didn't. And yet, we would like to know what kind of tape she used to keep a nip slip from happening.

They're whimsical! They flatter everyone! They should not be paired with whatever else Paris Hilton has going on in this picture!

It's getting hot in herre so put on a sweatband, but make it fashion. You can forego the Band-Aid.

Like the off-the-shoulder ones that are everywhere now but, arguably, less annoying.

Bonus points if you get a two-for-one belly button piercing, also.

The headband doesn't have to make its way back to go along with this fringe, but it wouldn't hurt. The longer and more likely to obstruct your view your bangs are, the better.

Okay, definitely not in this exact style, but we can see lace-up details situated on the front of jeans and along their sides getting a second life.

We'd love it if Kanye, former polo adorer, was the one to bring back this trend. But only if he pops his collar while wearing it.

If you don't wear a matching crop top to really accentuate that torso, then why even bother? Just make sure to also pair your outfit with a cute pair of underwear. Just in case.

All the better to show off your belly button ring.

The dye job not so much, but the choppy layers? We'd give them a chance.