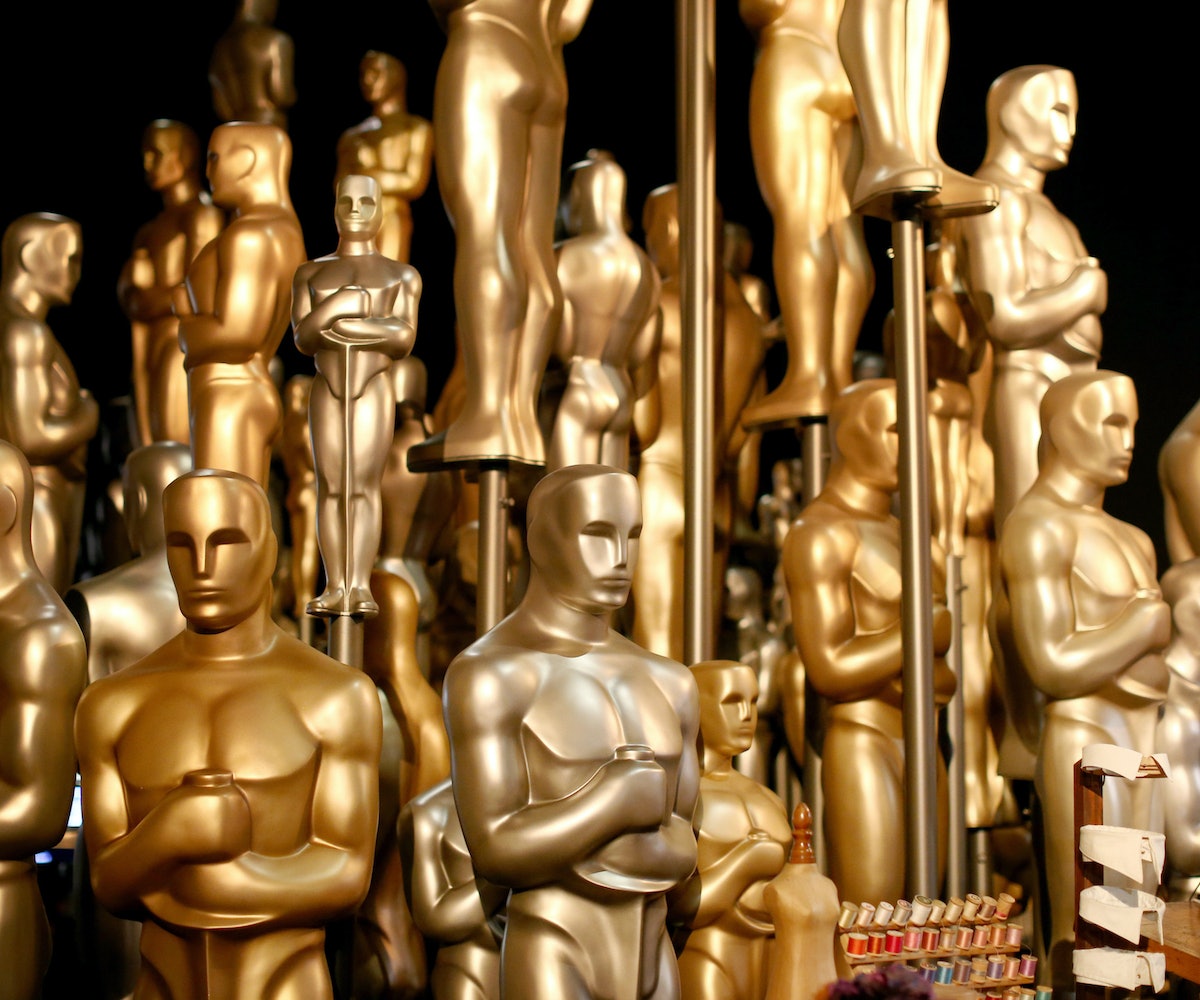 Last night, the Academy and all of Hollywood came together to celebrate excellence in film. And while a medium based in entertainment and capital may not seem like the most important or reputable place to discuss major societal issues, last night the Oscars opened itself up as a mirror for the vast amount of inequalities seen in widespread culture. There was a discussion about how women and men should be

judged side by side and on an equal scale

, how so much focus and importance was placed on small, seemingly inconsequential matters, and, of course, how white this year's ceremony was and how Hollywood needs to change.

Entertainers, who are well acquainted with the media, know that the easiest way to bring attention to important issues is to attach it to some sort of drama or controversy. In this day and age, the easiest way to do so is to drag specific, headline favorites and to fight back against major institutions like, say, the Academy. Ahead, revisit nine of the most poignant times that celebrities delivered shade to the Oscars stage.

Before the show even started, Midler made sure to address how the public and the Academy have concentrated on the wrong topics for this year's Oscars. Instead of continuing the conversation about the lack of diversity, most people were focused on whether or not Leo DiCaprio would finally get an Oscar win. This didn't sit well with Midler, who tweeted, "The Oscars are today! You know, the awards show where Leonardo DiCaprio is 'overdue' but black people can 'wait till next year.'"

Chris Rock addressed the lack of diversity at this year's Oscars many, many times throughout the show, but one moment that had a lot of people scratching their heads was when he brought out the extremely problematic Stacey Dash. By inviting her and bringing her out as the faux head of "minority outreach," Rock not only dragged the Academy for not including many nominees of color but also had Dash drag herself in the process. Clearly if Idris Elba didn't receive a nomination, it must have been because someone ignorant like Dash was involved.

Whereas other showgoers do their best to keep a polite smile adhered to their faces at all times, Chrissy Teigen has no problem saying, or expressing, how she felt. Chrissy is all of us.

After talking about how "it’s the 88th Academy Awards, which means this whole no black nominees thing has happened at least 71 other times," he addressed the Oscars boycott, calling out Jada Pinkett Smith. "Jada got mad? Jada says she's not coming, protesting. I’m like, 'Ain’t she on a TV show?'" he said. "Jada is going to boycott the Oscars — Jada boycotting the Oscars is like me boycotting Rihanna’s panties. I wasn’t invited... But I understand, I’m not hating. I understand you mad. Jada’s mad her man Will was not nominated for

If you've even just slightly heard of

, you've heard about the great bear controversy. After a rumor started going around that a bear raped DiCaprio's character in a scene, Sony had to officially release a statement denouncing the hearsay. The Academy Awards, however, simply couldn't let the absurdity go, and had a stuffed bear come in to feverishly clap for DiCaprio and

In Rock's movie montage—where he inserted black actors into white-filled Academy Award nominated films—Whoopi Goldberg played a janitor who pops up and delivers a dose of reality. "Maybe one day they’ll make a movie about a skinny white girl who invents a mop," she says. "Of course, a black girl would have to invent a cure to cancer before they even give her a TV movie." She continues, "But hey, I'm not mad, because I know how to play the game. Joy," and mockingly smiles and mops.

author Anthony Horowitz said that he thought Idris Elba was "a bit too rough to play the part" in the movie. He continued, "It’s not a color issue. I think he is probably a bit too 'street' for Bond." When Silverman took the stage to introduce Sam Smith's performance of the film's theme song, "Writing's on the Wall," she threw shade at the author. "James Bond—not a grower or a shower," she said. "I don't want to say he's terrible at sex... but he did sleep with 55 women in 24 movies, and most of them tried to kill him afterward. And, in my opinion, I don't think he's street enough."

"Fight the Power" closed the show

While the closing credits rolled, the show played Public Enemy's "Fight the Power," sending a message straight to the Academy and all of those watching from home.