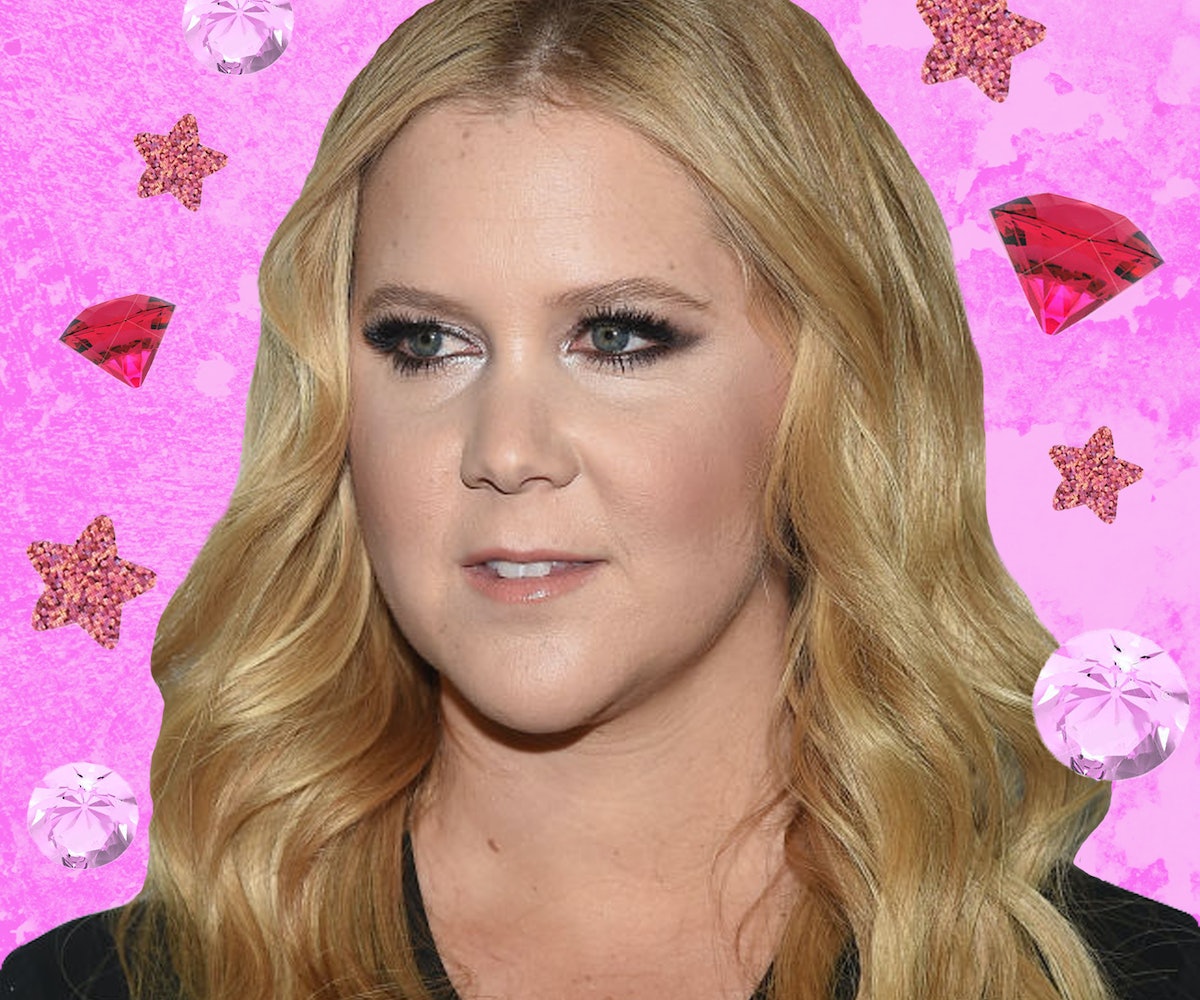 This year will be remembered as the year when Amy Schumer went from popular stand-up to comedy superstar. In a recent profile, The New York Times said Schumer was "on the verge of replacing Louis C.K. as the pacesetter in stand-up," which basically means that Schumer—thanks in large part to the transcendent third season of her Comedy Central show Inside Amy Schumer—is now one of the biggest draws in comedy, period. It's an incredible rise for a comedian who in 2007 was testing out her chops on the reality show, Last Comic Standing, and it's capped today with the release of Trainwreck, the crass romantic comedy Schumer wrote and stars in. To take stock of Schumer's incredible rise in a male-dominated industry, we asked seven of her peers for their thoughts on what makes Amy Schumer who she is.

Amy is a hilarious comic, a fantastic actress, and a great writer—all the wonderful things that wonderful people are, but she's also a woman who supports other women (ie Bridgette Everett) and other comedians in general. When people get successful and bring other people with them it makes me even happier to see them achieve. She's a testament to hard work. When I lived in NY years ago, I'd see her doing multiple standup sets every night—it always impressed me. She has a fearlessness that humbles me because she can back it up. She's confident in her own voice and clearly highly discerning when it comes to material presented to her because I've never seen an unfunny episode of Inside Amy Schumer. She's funny on stage, her show is funny, she was funny on The Bachelorette. Sometimes people get famous and you wonder why it happened. There's no "why?" with Amy. Her talent has propelled her well deserved ascent. And she happens to be hot.

When I think of Amy, the first word I think of is "funny," and the second word I think of is "work." Amy started doing stand-up in New York—I'd see her running around the clubs with this cloud of curly golden hair, just being ridiculously hilarious. She was this wonderfully dirty bird and she was so very funny. You could see that she recognized how to contrast her lovely, sweet presentation with what she said, all in the service of comedy. What a hard-working gal. And she works with other great chicks—I'm thinking of Rachel Feinstein in particular, but there are so many examples of great women with whom Amy has worked. It has been a joy to see her evolve and change and grow over the years. One thing a lot of people don't know about Amy is that she has a background in theatre. I believe this truly informs her work as a stand-up and as an actress. And she surrounds herself with excellent talents—writers, actors, directors, you name it. She elevates them and they elevate her. She's a good egg.

Amy Schumer has proven over and over again that her comedic skill and talents transcends any gross objectification or commodification of the female form, and she is also the first person who has made me think someone with upper arms that look like mine can be movie stars.

Amy takes her life's garbage and other people's shit and turns it into gold. She's a comedic alchemist. She's bold and unapologetic about what she thinks is funny. She goes hard. These are traits in a woman that are historically shamed and scorned. Her success further proves that female comedian-driven projects are viable and desired by the population at large.

I went to high school with Amy Schumer. At a time when most of us were at our most horrifying (I ate three bagels a day as a post-school snack, so times were tough), Amy stood out as a hilarious lady who didn't give an F. Amy had a badass group of girlfriends surrounding her at all times, she was funny, and looked amazing in volleyball shorts. I continue to bow down.

Amy Schumer is singularly, well, herself as a comedian, which I think is all you'd hope for from an artist, let alone a person. She isn't afraid to show her weaknesses, make mistakes, reveal the distortions that surround us. I recently got the chance to do a show with her where she was preparing for her HBO special, and what struck me was how willing she is to expose the unforgiving callousness behind Hollywood's glossiness, and discuss what it's like to go from well-established comedian to the "it girl," whatever that means. I think people are often protective of those social spheres, and her irreverent openness refreshingly sets her apart.