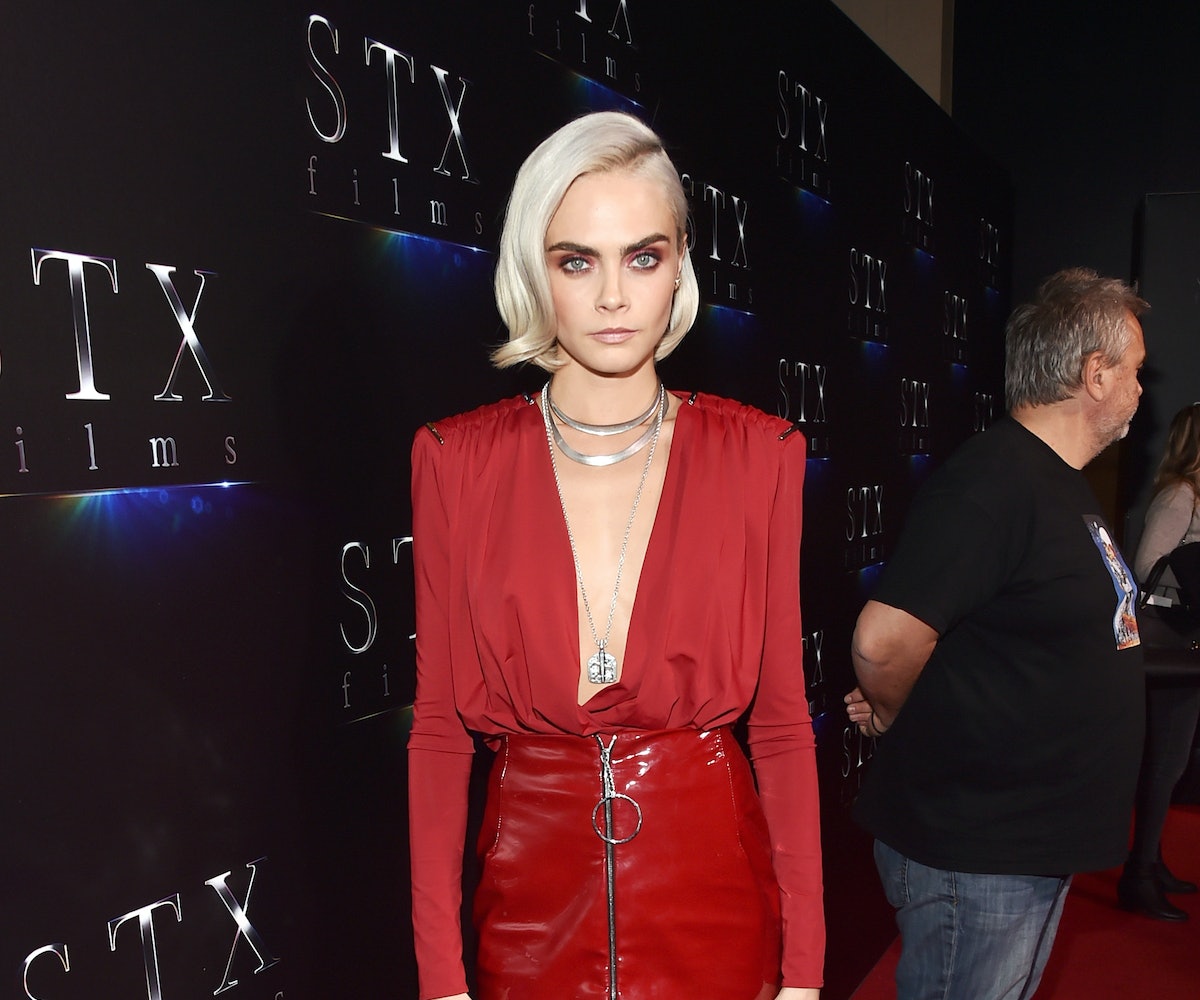 + A little over a week ago, Cara Delevingne debuted a silver-and-pink pixie cut. While that was certainly a drastic change, she just took it one step further, to prepare for an upcoming role, by shaving off all of her hair. The model-turned-actress has started filming Life in a Year, where she stars alongside Jaden Smith as a cancer-stricken woman with one year to live. You can check out Delevingne and her new 'do on Vogue.

+ They say all that glitters isn't gold, but a new trend in wine is looking to change that. U.K.-based store Lakeland has introduced a shimmery rose gold Prosecco with a raspberry flavor, and it's quite the upgrade from rosé. While it's not available in the U.S. just yet, we're praying some will ship across the pond in time for all the summer parties.

+ If you're tired of Drake... too bad, he isn't going anywhere. It was just announced that the rapper is hosting the first-ever NBA Awards on TNT. This shouldn't come as a surprise to many since we've all grown accustomed to seeing the 30-year-old courtside, but now he gets to be a part of the action in a fresh new way. The award show, taking place in New York's Basketball City at Pier 36, will air live on June 26. Congrats, Drake!

+ Rex Orange County has a new song that's destined to make you smile. "Happiness" is a ballad by the 18-year-old which reminds us that real love still exists somewhere out there. Not the TV-happily-ever-after type of love, but the good, bad, ugly, and beautiful. Check it out, below.

+ Terror Jr. posted a new picture on Twitter that could possibly be a teaser for a new project. The super-secretive crew revealed more of the lead singer's face—and also an extra hand that doesn't seem to belong to anyone in the picture. Hmm, maybe a new member? We're not sure yet, but whatever it is, we'll definitely be keeping our eyes peeled.

Modern lifestyle brand goop has launched the second edition of its fragrance collection. The all-natural Edition 02 Shiso comes in both a perfume and scented candle, giving its user a sense of "cool air, pale sun, and new life unfurling on the forest floor." To be honest, we're even obsessed with the chic and minimal packaging. You can pick it up for yourself, here.

"We're all going to change. Otherwise, it's boring." —Alicia Keys