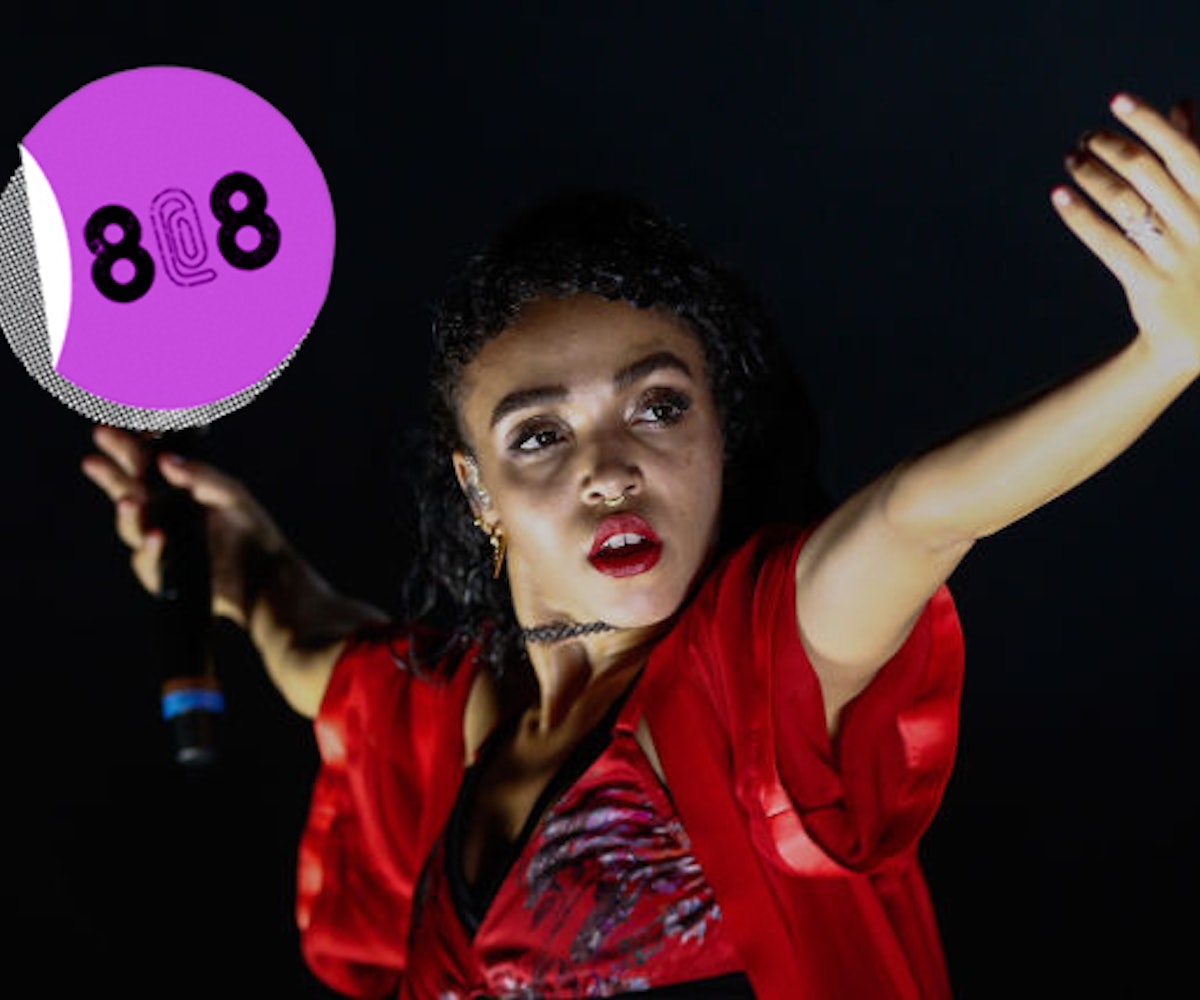 National Spoil Your Dog Day! But do we need a day for that?

+ FKA Twigs got real about her relationship with Robert Pattinson in an interview with U.K. Sunday Times, and she assured that her relationship would not affect her creativity or artistry in any way. Also, she's never seen Twilight.

+ In case you missed it, Ciara and Russell Wilson are part of Taylor Swift's squad now. It's all part of Swift's plan for world domination.

+ Kim Kardashian hit 42 million followers on Instagram, and in true Kardashian fashion, she thanked her fans with a #selfie. Of her boobs.

+ Target announced that they will no longer be separating "boys' toys" from "girls' toys" in their stores in an effort to remove gender-based signs.

Get free shipping on all orders, all month at Urban Outfitters if you sign up for UrbanOn.

"I ran with blood dripping down my legs for sisters who don't have access to tampons and sisters who, despite cramping and pain, hide it away and pretend like it doesn't exist.” - Kiran Gandhi on running a marathon on a period without a tampon.

NEXT UP
Life
On Repeat: Vaquera’s Away Collaboration Is Brought To You By Britney Spears B-Sides
Entertainment
Relive ‘00s New York With Yeah Yeah Yeahs, The Strokes In ‘Meet Me In The Bathroom’ Trailer
Entertainment
Seulgi Finds Her Own Lane With '28 Reasons'
Entertainment
Aya Nakamura On Preparing Her Fortnite Soundwave Series Performance