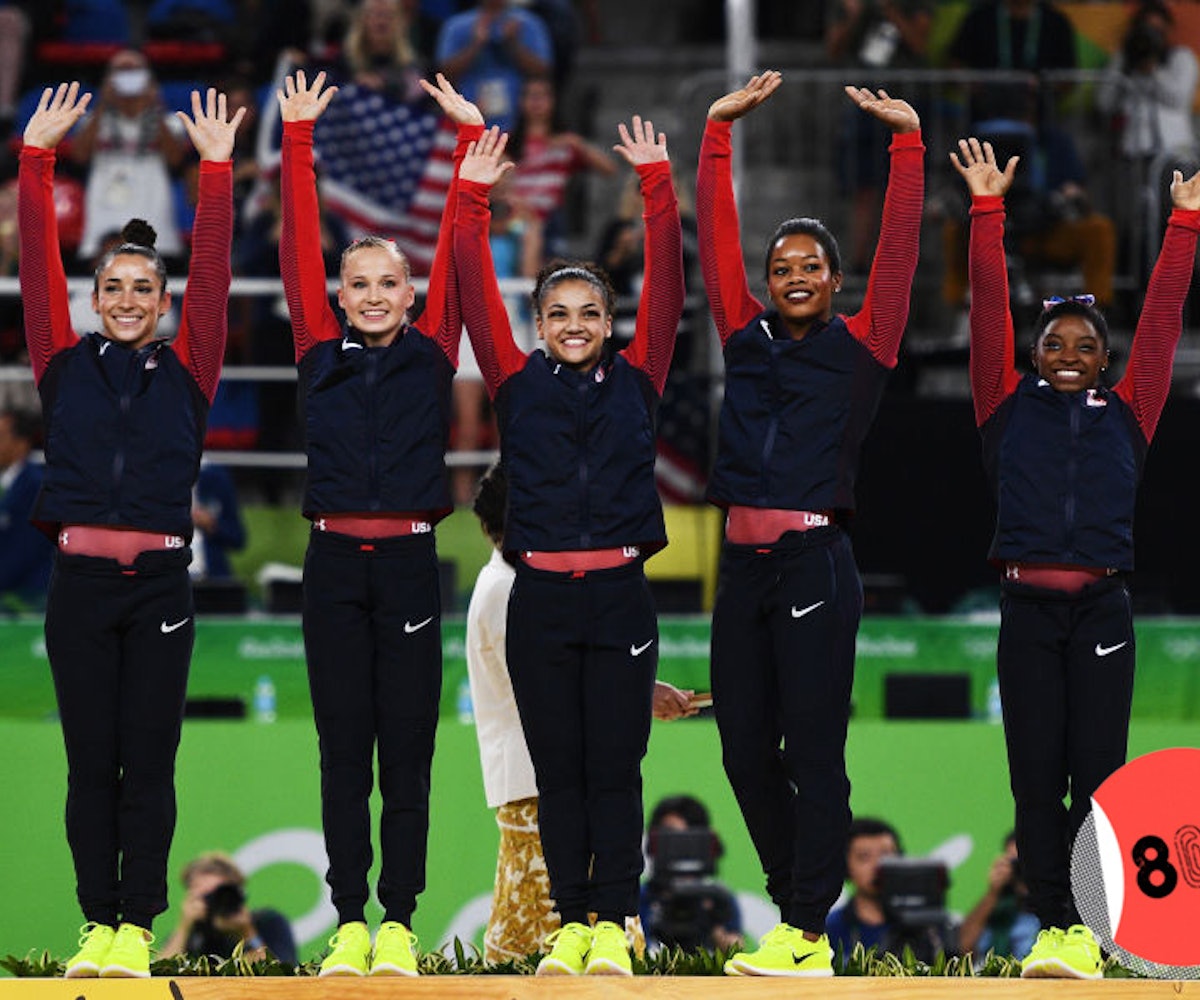 + In what comes as a surprise to no one, the U.S. women's gymanstics team—Simone Biles, Laurie Hernandez, Aly Raisman, Gabby Douglas and Madison Kocian—absolutely dominated at the Rio Olympics on Tuesday. The team brought home the gold with a victory margin of eight points. Congratulations, team!

+ The nation's first pizza ATM has *finally* arrived, courtesy of Ohio's Xavier University. This is not a drill: The new machine is available 24 hours a day and will serve boxed pizzas via a pizza slot in just three minutes. What a time to be alive.

+ Civil rights leader Rosa Parks is getting her own musical, Rosa. The show, which is in development in London, will follow Parks' story from her life as a quiet Alabama seamstress to her legendary refusal to give up a bus seat to a white passenger in the 1950s.

+ A new report found that black science fiction writers face "universal" racism in the industry, representing less than 2 percent of more than 2,000 science fiction stories published last year. We don't need those figures to know that black writers have been protesting institutional marginalization for years, but at least the numbers make this problem hard for the industry to ignore.

+ We now get an intimate look into the life of Joanne the Scammer, Twitter megastar and alter ego of comedian Branden Miller. The Fader just published a feature on the man behind Joanne, and it's pretty detailed. As in, 4,400-word-count detailed. Summer reading, anyone?

"I had to fake it 'till I made it. That’s what I had to do. I had to pretend that I was as comfortable. I really was not… I had to just go for it." — Rihanna