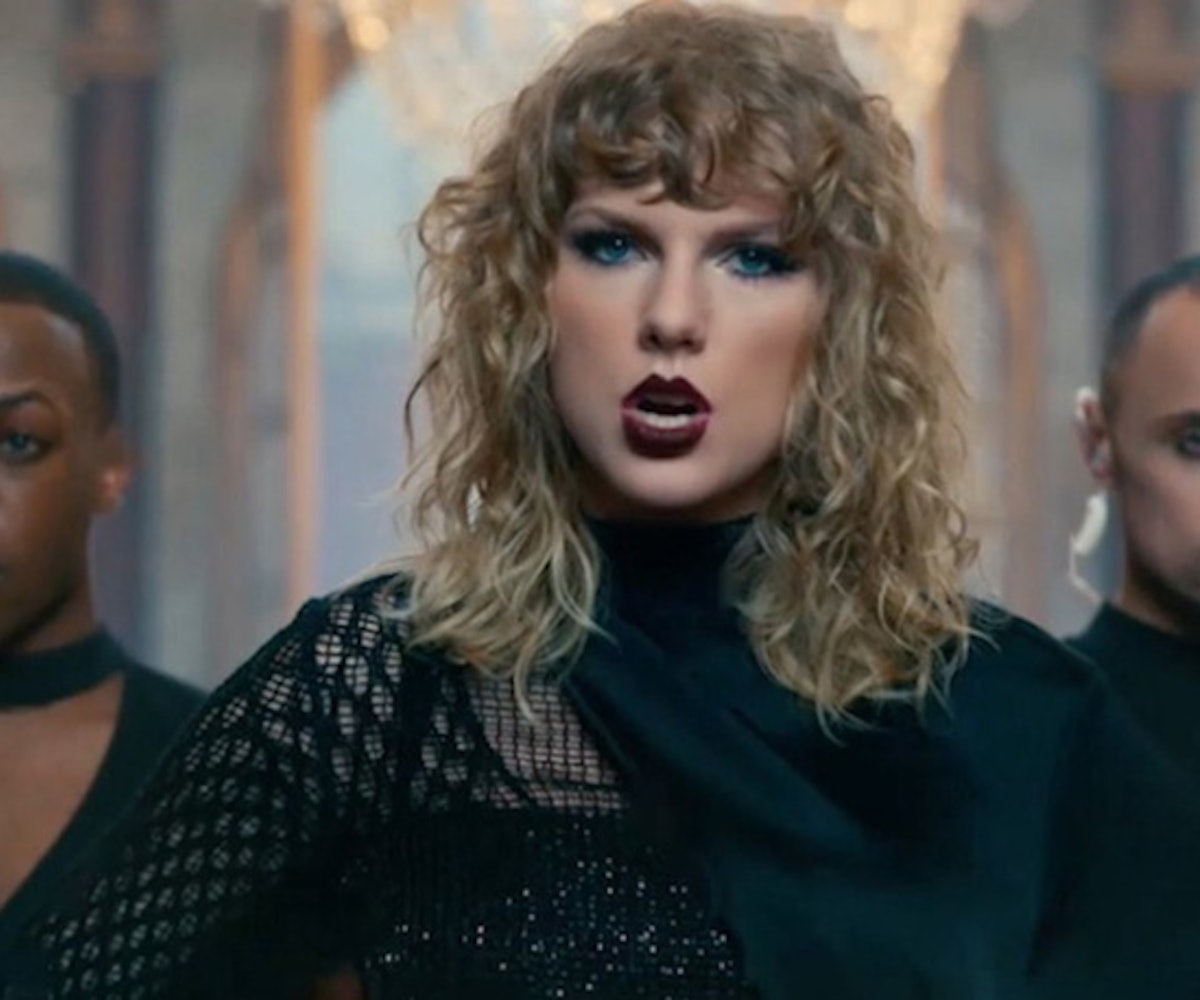 + Taylor Swift's new music video for "Look What You Made Me Do" became a meme even before it premiered at the MTV Video Music Awards last night. After Swift released a teaser for the video, a lot of people pointed out the similarities between it and Beyoncé's "Formation" video. Only, instead of Red Lobster, Swift takes her man to Panera.

+ A little more than a month ago, Beyoncé made 2017 more bearable by birthing two beautiful humans, Sir and Rumi. Over the weekend, Jay-Z revealed the meaning behind the twins' unique names. "[13th century Persian poet] Rumi is our favorite poet, so it was for our daughter," Jay told Rap Radar podcast. "Sir was like, man, come out the gate. He carries himself like that. He just came out, like, 'Sir.'"

+ Looking for the perfect red lip? ColourPop is releasing a new matte liquid lipstick, Arriba, next week. YouTuber and Instagrammer Karen Gonzalez teamed up with the makeup line to create the color in celebration of her birthday. "The color is a true red with a blue undertone, matte finish yet not drying, feels so comfortable," Gonzalez wrote on Instagram.

+ Summer might not be over yet, but fall shopping has already begun. Uniqlo is teaming up with designer JW Anderson for a fall collaboration and we want everything. Anderson helped launch the unisex clothing trend and previously released a collaboration with Converse. Now you can get his designs at Uniqlo for a fraction of the price. Items in the collection range from $30 to $150. It launches September 21 at 9PM EST.

+ A new boutique wine delivery company, Vinome, chooses the best wine for you based on your DNA. After an $80 DNA test, you receive curated wine recommendations tailored to your palette. "If there’s a gene that tells you whether you like Brussels sprouts or not, and whether you like coriander or not, why aren’t we using genetics to tell people whether they would favor a certain wine?” Vinome co-founder Sara Riordan told news outlet Star 2.

If you're feeling nostalgic, Opening Ceremony's '90s relaunch of Esprit is now all on sale. Pastel sweatsuits, bucket hats, and bold patterns make up this throwback collection. If you're already thinking ahead to winter, there are some incredible coats from the Vetements x Alpha Industries collab on sale, too.

"My mission in life is not merely to survive, but to thrive; and to do so with some passion, some compassion, some humor, and some style. — Maya Angelou