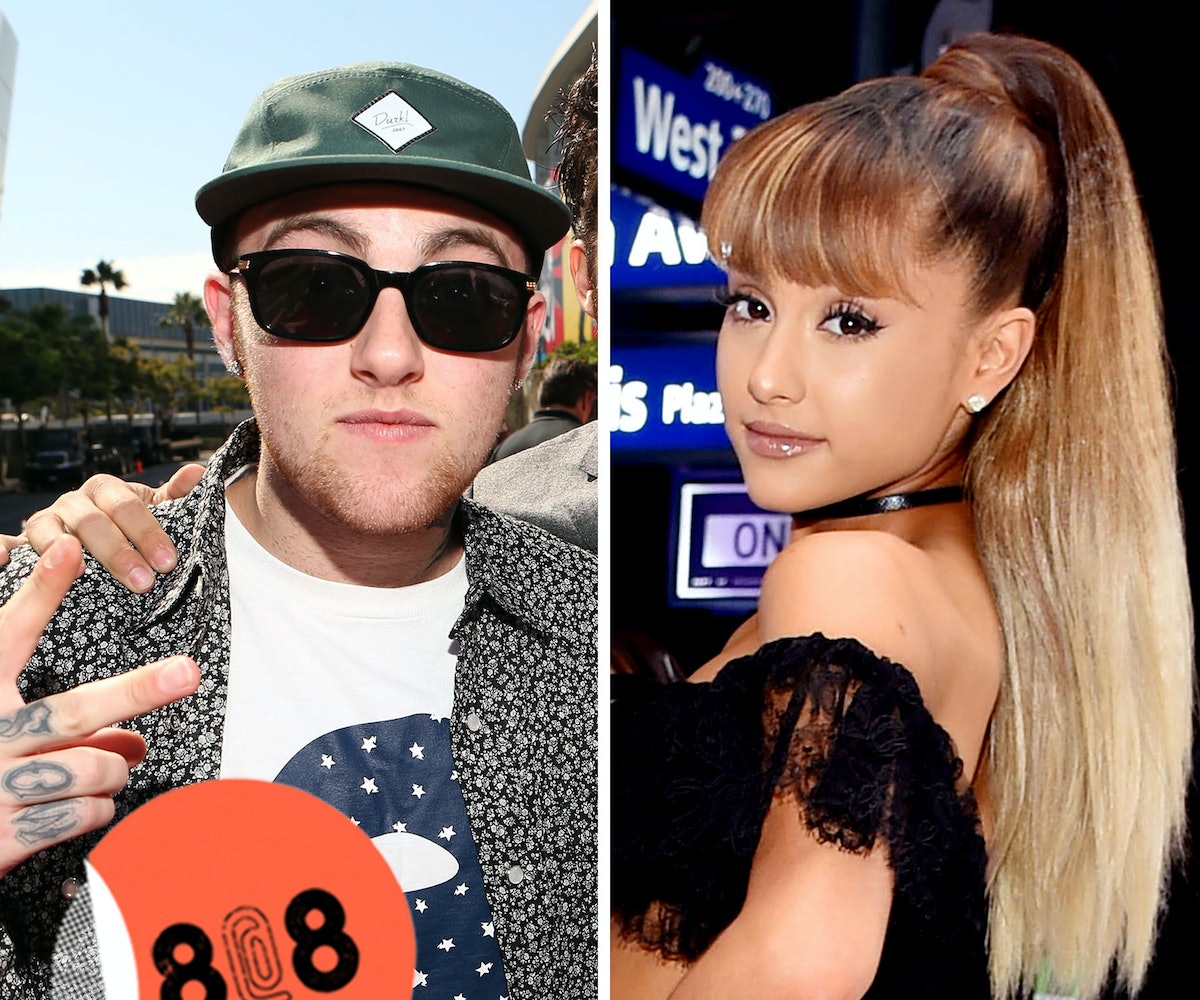 + If the collabs weren't enough of an indication, it seems like Ariana Grande and Mac Miller are officially an item. Before killing her performance at the VMAs, the pop star was asked where her "boo" was. Her response? "Being supportive." Later on, the couple was caught doing some modest PDA in the audience. We're into it.

+ Hours after the curve seen around the world, it turns out that Rihanna may not have shut down Drake at the VMAs after all. Based on new footage taken from alternate angles, it looks like the award was sealed with a kiss on the lips.

+ Dev Hynes a.k.a. Blood Orange is the latest star to receive a highly coveted Bad Boy Records jacket from Puff Daddy himself. This demonstration has us wondering, does Puff record all of the recipients of his jacket? Hynes wouldn't be the first artist to have the moment caught on camera... Either way, the FOMO is real.

+ For some reason, ASOS now sells clip-on animal tails. Whether or not the web retailer is trolling customers, people seem to be purchasing the accessories seeing as the dinosaur tail has already sold out. Perhaps if you're in search of a convincing animal costume this year, these products might just be the right fit for you.

+ Kehlani and Belly released a music video for their track, "You." As per usual, Kehlani is a dark seductress surrounded by chandeliers, smoke, and Belly.

We love brands that are also mindful of the planet. Each season, fine jewelry line AZLEE gives back to Mother Earth by donating a portion of sales to a water-related charity. For the past two seasons, the brand teamed up with the Marine Mammal Center and saved two sea lions with their efforts. You can shop the brand's latest collections, and donate to a great cause, here.

NEXT UP
Entertainment
On ‘Cool It Down,’ A Spitfire Band Matures
Entertainment
Demi Lovato & Ashlee Simpson Sang "La La" On Stage
Entertainment
Paramore Announces Album 'This Is Why' For February 2023
Entertainment
YDE On Her EP, Lady Gaga & Making New Short Film 'Send Help’