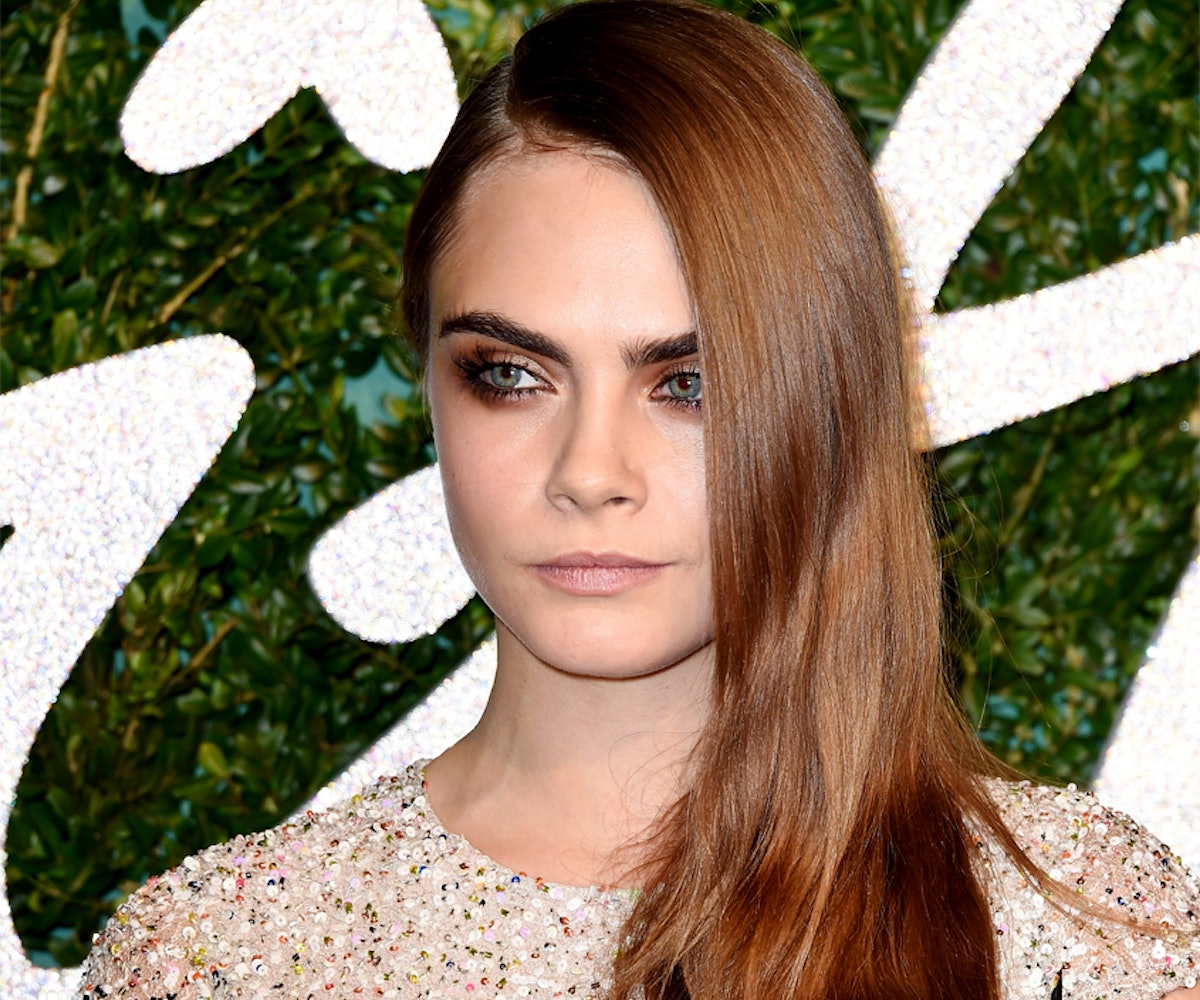 Gingerbread House Day. We’ll be trying not to eat ours before it’s built.

+Yesterday we found out which of our favorite films and shows are eligible to win a Golden Globe. Leading the pack is Birdman, which snagging the most nominations for film, and Fargo, which received the most television nominations. Check out the complete list of nominees here and see if any of your favorites were snubbed.

+One wouldn't necessarily expect the “Queen of Weed Cuisine” to be 91-years-old, but, well, Nonna Marijuana exists. Watch her cook an Italian weed feast here and find yourself wishing your grandmas were this cool.

+Get a look at Cara Delevingne’s upcoming role in the film adaptation of Paper Towns in this super cute video. Alongside John Green (who penned Paper Towns), the model-turned-actress talks eyebrows, bacon, and showcases the American accent she’ll use in the film.

+Have you ever wondered what Lorde sounds like on a bad day? The singer shared a clip of “Lost Boys,” a track that hit the cutting-room floor on Tumblr and said the reason that she tossed it was that “it was not a good song, I promise, haha.” We beg to differ...

Add some rad new items to your closet without emptying your wallet thanks to Urban Outiftters' additional 25-percent off of sale items promo. Score!

"Somebody asked me, 'How did you start doing comedy?' and I was like, 'By being unintentionally funny.' I think making a movie or a record, the best things happen by accident — and those end up being the magic. Every time I've followed my gut, it's been better than when I've tried to do what I was supposed to do." - Zooey Deschanel

NEXT UP
The Art Issue 2022
From Renaissance To Gemini Rights: The Stories Behind 2022's Best Album Covers
Fashion
Kim Petras Wore An All-Denim Homage To Britney Spears At The 2022 AMAs
Entertainment
Precious Pepala Is Going From TikTok Covers To Her Own Resonant Songs
Entertainment
Olivia Rodrigo Hinted At New Music In 2023