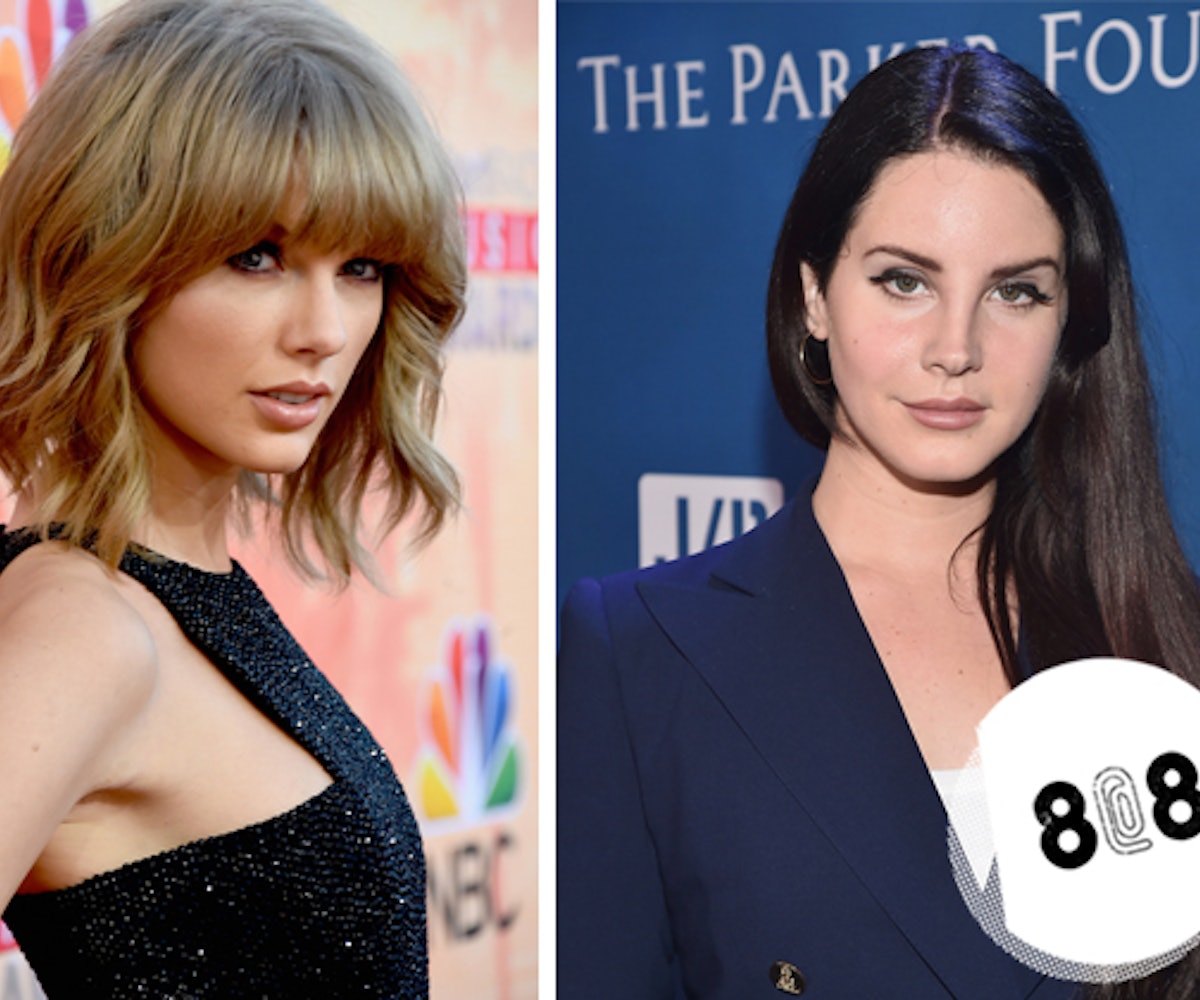 National Make A Friend Day! (Despite the fact that Drake told us "no new friends"...)

+ During the grand premiere of "Freak" at the Wiltern in Los Angeles, Lana Del Rey took a moment to talk about the inspiration behind the psychadelic music video. Apparently, it was inspired by Father John Misty's experience of tripping acid at a Taylor Swift concert—something we never ever would have guessed.

+ Listen to "Power," the first single off of Eskimeaux's forthcoming mini-album Year Of The Rabbit, due out this April via Double Double Whammy.

+ Gwen Stefani is officially back in business! She's all set to release This Is What the Truth Feels Like, her first solo album in a decade. Check out the full track list here.

+ Watch LA-based band Bleached be the stars of the roller rink in Yves Saint Laurent's latest campaign teaser video. Their upcoming album Welcome The Worms will be released on April 1 via Dead Oceans.

Uber and Lyst are partnering up from 11:00am to 3:00pm! With the code FINDNYFW, users have a chance to request a free Style Pack of designer items shoppable on Lyst. Whether you're uptown, midtown, downtown, or in Brooklyn, the app has you covered. (Oops, and we forgot to mention that the Style Pack includes exclusive items tailored to each neighborhood plus a $200 Theory gift card and Beauty Emergency Set by Violet Grey.)

"I want to contribute something to my generation that I hope will make some kind of difference, even if it’s small." - V V Brown