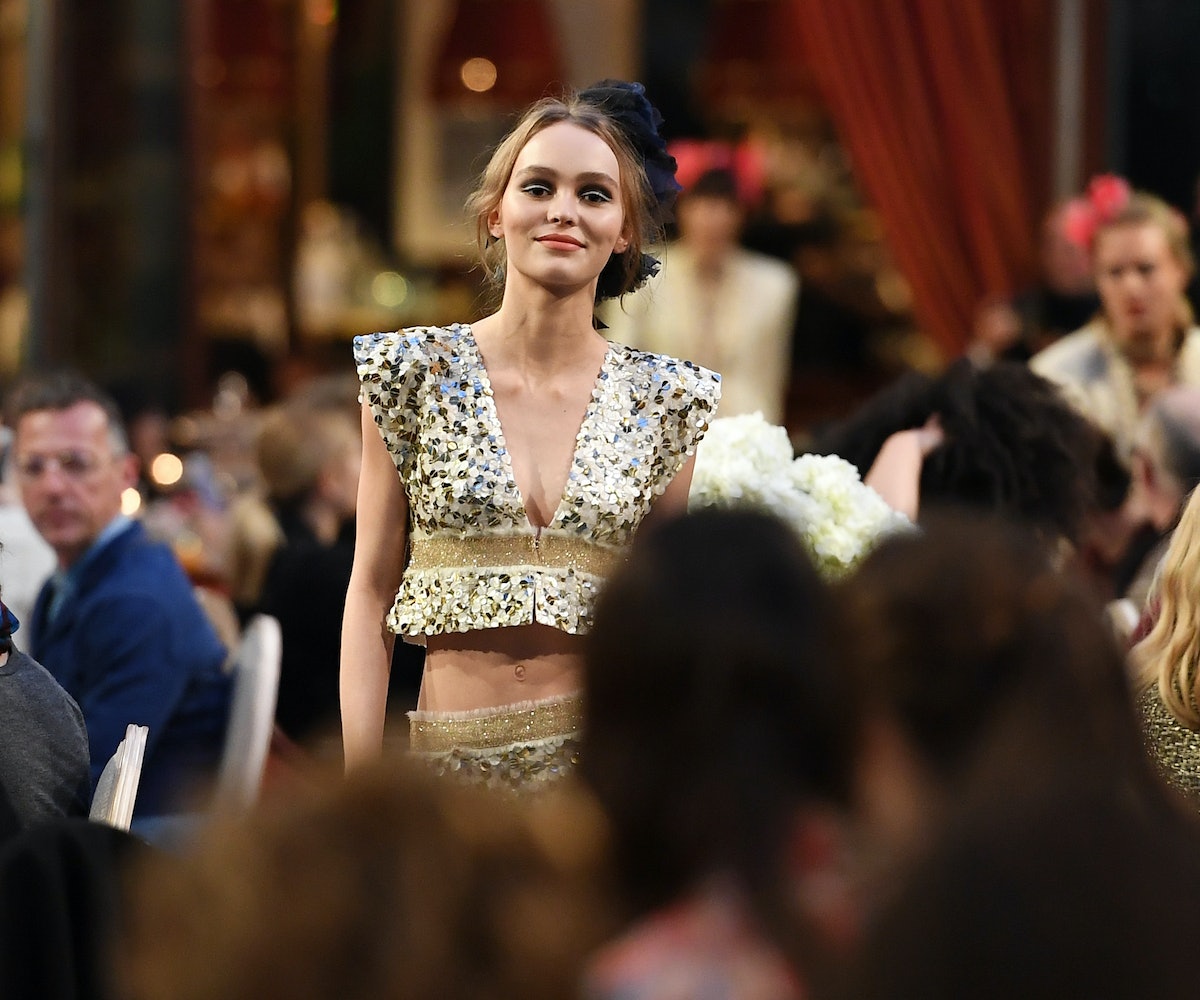 + Lily-Rose Depp posed with her mother, Vanessa Paradis, for the cover of the second issue of Our City of Angels. The duo is photographed lounging together in hotel bathrobes, bathed in sunlight and surrounded by pastries and shopping bags galore. All magazine sale proceeds will be donated to Planned Parenthood.

+ Arca announced that he will be releasing his third full-length album on April 7 via XL Recordings. The producer is giving us a first taste of what's to come with his gritty new single "Piel," which opens with humming before feedback and vocals join forces for a disturbing harmony.

+ Hinds teamed up with Urban Outfitters for a collection that is too cool for the streets. The quartet rocks four different graphic tees and sweatshirts with designs that range from cartoon alligators to '80s-inspired logos. New Yorkers can catch a free concert with the band to celebrate the launch on February 28 at Space Ninety 8.

+ All eyes are on Angelina Jolie these days. While the actress and activist is in talks to star in Universal's The Spy Who Loved and a Catherine the Great project, she has reportedly signed on to produce The One and Only Ivan for Disney.

+ Leaf is channeling the '50s vibes in her music video for "FWM (Lie To Me)." This banger has us super stoked for the rapper's upcoming full-length album Trinity. Throw on your most bougie (faux) furs and jam out with all of your ride-or-die chicks.

"Stand firm and stay consistent. It's okay to be versatile and play around, but make sure you really clue into what you're good at. If there's something you have a strength in, hold tight to it." —Solange Knowles