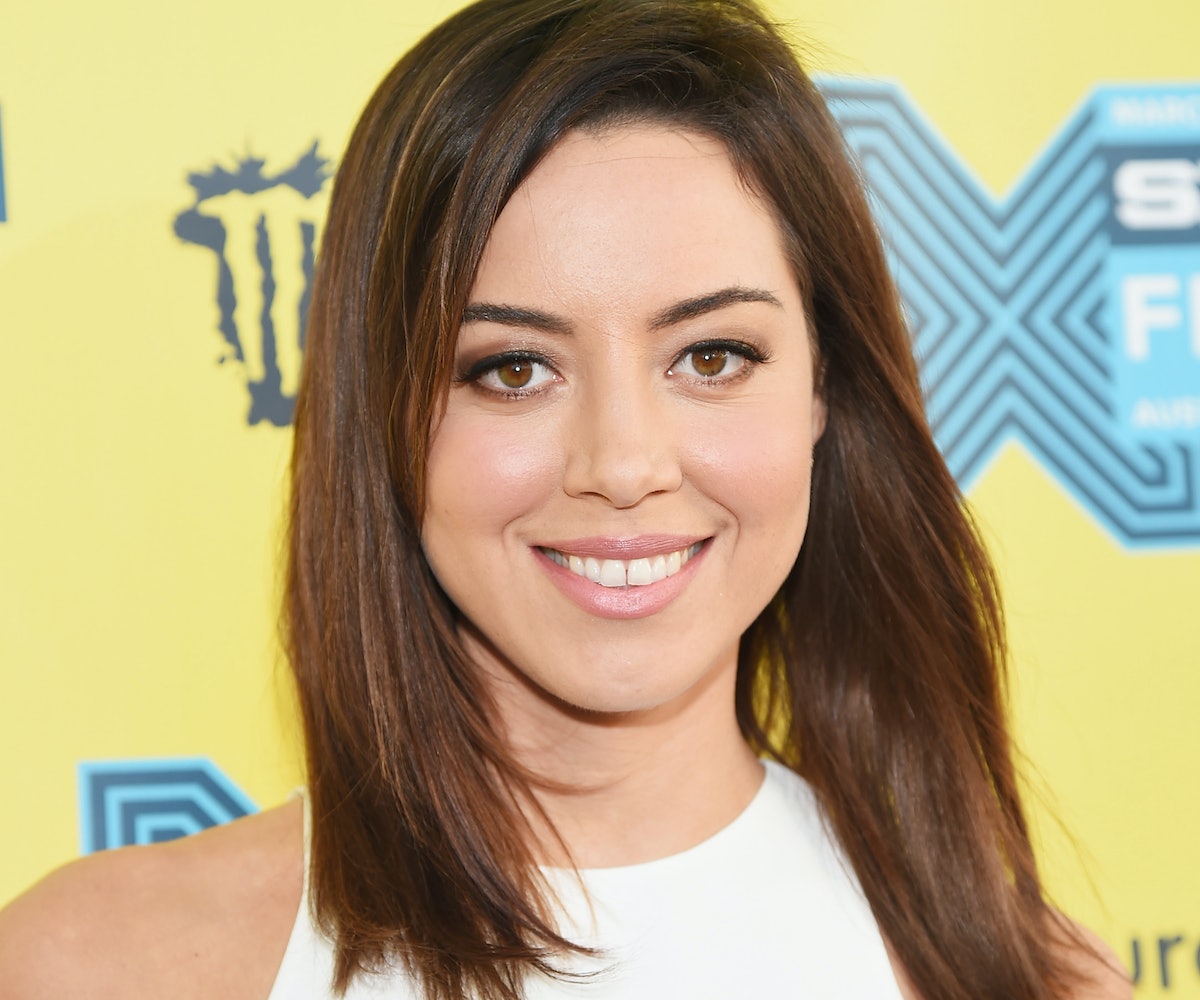 + Former NYLON cover star Aubrey Plaza has been cast to star in Jim Hosking's new film, An Evening With Beverly Luff Linn, alongside Emile Hirsch. The comedy tells the story of a woman who reunites with a mysterious man from her past to perform a one-time show as her marriage goes downhill.

+ Acne Studios has officially launched their new SS17 Emoji line. This is the brand's second time dabbling in the world of emojis, and this round includes colorful mushrooms, skulls, teddy bears, and peace signs printed and embroidered on wardrobe staples.

+ Devonté Hynes (Blood Orange) and Bryndon Cook (Starchild) bring us the first look at their collab VeilHymn with a new track, "Hymn, and accompanying video. The duo paid tribute to the late Malick Sidibe with gorgeous vintage visuals, which they filmed over two days in Kingston, Jamaica.

+ We all knew the Juicy Couture tracksuit was on its way back into our wardrobes, but now there's an exciting twist. The iconic brand has teamed up with Urban Outfitters to present an ultra-cool line starring our It Girl Tinashe. All 14 pieces of the collection will be available in-stores and online on February 13. Have no fear—the classic J-zipper is present and here to stay forever.

Miranda Kerr is the face of the cute new capsule collection she co-designed with MOTHER Denim! A portion of the proceeds from this limited-edition capsule collection will benefit The Royal Women's Hospital Foundation in Australia, which exists to ensure the best treatment and facilities for all patients.

"You can’t predict it all. People will tell you to plan, to focus. They will tell you that if you want to succeed, you must stubbornly stay on your path no matter what. And they will be right. But they will also be wrong."  —Elizabeth Warren