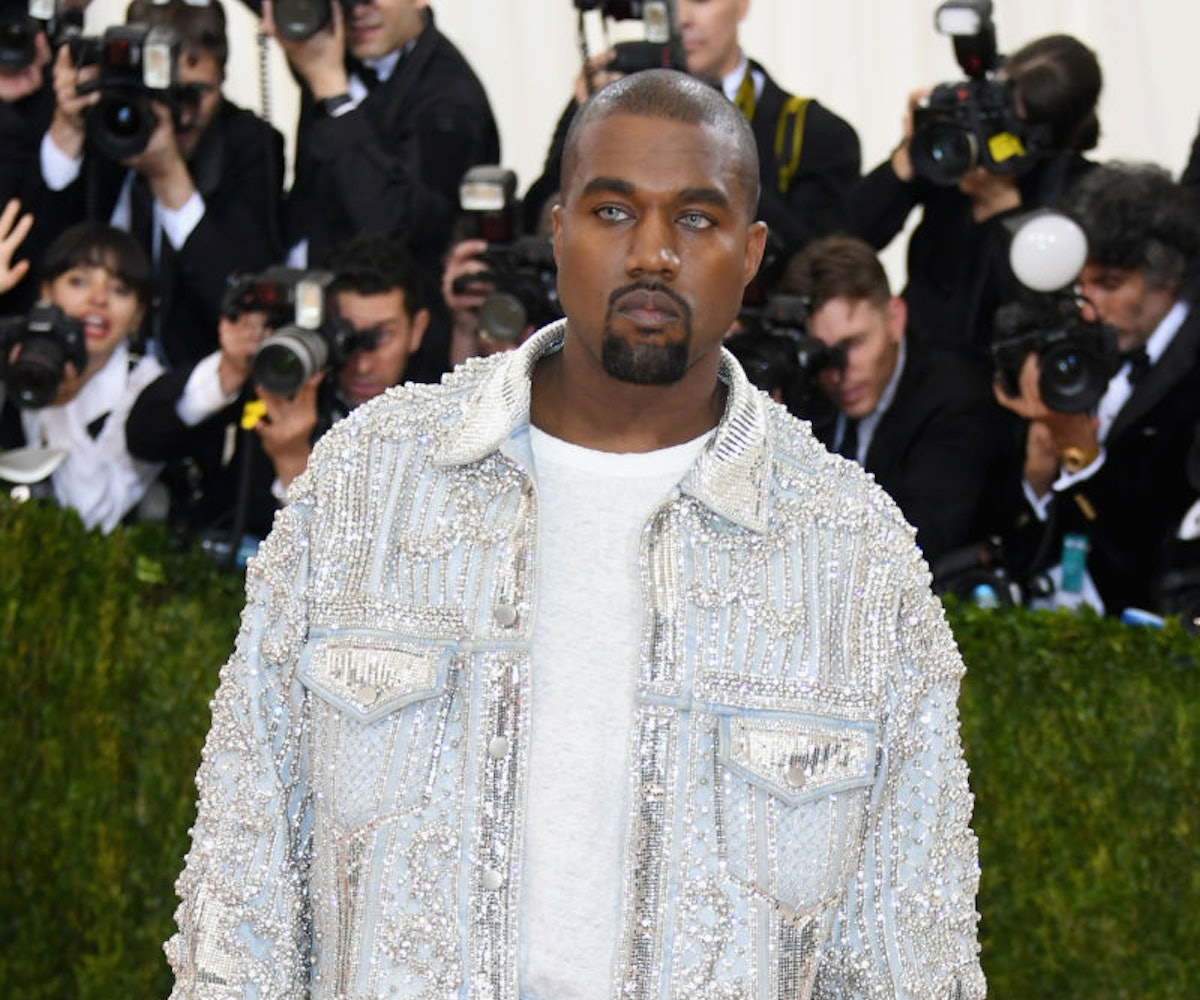 + Kanye West and his G.O.O.D. Music crew dropped "Champions" over the weekend, the first single off of the long-awaited collab album Cruel Summer. Word also came out that Ye's video game Only One, which will feature his late mother Donda flying through the gates of heaven, is definitely in the works and (probably) coming soon.

+ Sunday's Tony Awards made history, as all four musical acting categories were won by black actors (three for "Hamilton," one for "The Color Purple"). That's more black winners in one night than the Oscars have had in the last nine years, but who's counting?

+ After famously being banned from the U.K. for an estimated three to five years due to the content of his lyrics, Tyler, the Creator performed a new track called "EGO" at the first Golf Wang fashion show in response to the ban. You can watch the performance during the show here, or listen to a version with better audio, below.

+ Stanford students at Sunday's graduation made sure the Brock Turner Case wasn't swept under the rug, as many held signs with phrases like "Rape is Rape" and "Stanford Protects Rapists." There was a moment of silence during the ceremony, and commencement speaker Ken Burns made a plea to those in attendance: “If someone tells you they’ve been sexually assaulted, take it ‘effing seriously. And listen to them!" The words are much-needed, as Brock continues to receive an unsettling amount of support, including, most recently, from his ex-girlfriend.

+ In light of Christina Grimmie's tragic murder, a GoFundMe page was created by manager Brian Teefey for donations to help support her family in their time of need. As a slight silver lining, donations currently have reached upwards of $174,000, prompting an incredibly heartfelt post by her brother Marcus.

The second installment of Skillosophy will be happening on June 24 at Livestream's headquarters in Brooklyn, New York. The event will feature visual art and a number of performances, including a DJ set from Talib Kweli. Doors open at 7:30pm, and you can get your $15 tickets here.

"There is no definition of beauty, but when you can see someone's spirit coming through, something unexplainable, that's beautiful to me." —Liv Tyler