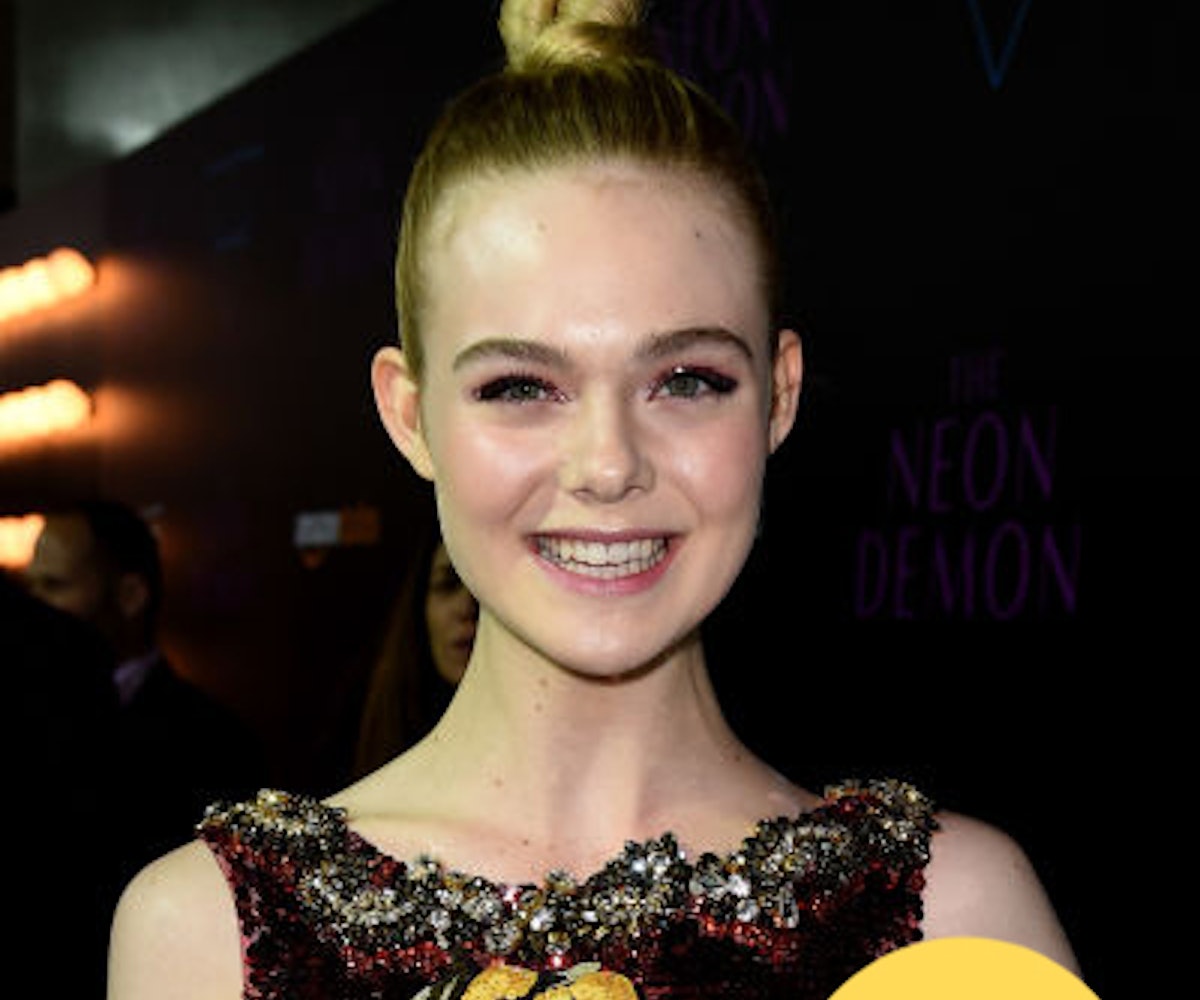 + Steven Klein captured Elle Fanning and her The Neon Demon co-stars, Bella Heathcote and Abbey Lee, for the pre-fall cover of V Magazine. The film, out Friday, gives the modeling industry a horror-flick twist. You can view the full dark, carnival-inspired editorial here, and check Fanning's solo cover below.

+ The 72 new emojis Unicode promised us will be available this week—sort of. In an official press release, the company clarified, "Apple, Google, and Microsoft are able to start including these in public releases." In other words, they may not be universally available across all platforms right away. At least that gives us all more time to look forward to the avocado emoji...

+ M.I.A. was under fire last weekend after she was announced as Afropunk Fest's headliner. Now, the singer officially pulled out of the festival. She took to Twitter to respond to comments:

+ Posture Magazine is giving back to Orlando, Florida, through their #PosturePride campaign. The campaign includes a print magazine and video series asking queer and transgender people of color how they navigate their identity in society. Posture is also hosting a donation-based Pride event this Saturday, June 25 at the Wythe Hotel in Brooklyn, New York. All proceeds raised will go to victims of the shooting.

+ Ming and Aoki Simmons made their modeling debut in mother Kimora Lee's Resort 2017 lookbook, an ageless collection inspired by the teen girls. If mom's career is any indication, the fresh-faced beauties have a bright modeling future.

"We are not what other people say we are. We are who we know ourselves to be, and we are what we love. That's okay." —Laverne Cox