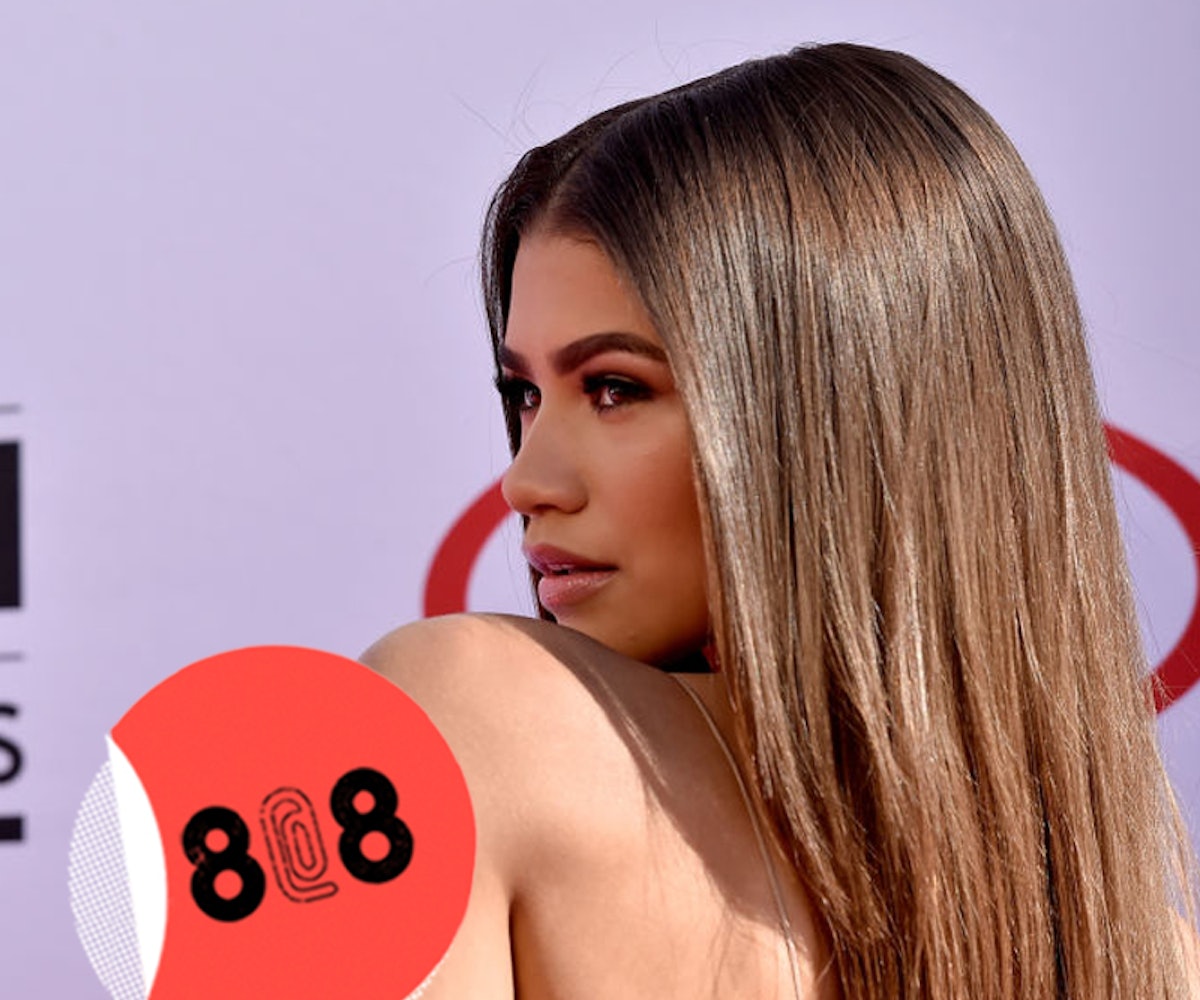 + Zendaya slays on the cover of Cosmopolitan's July issue. She talks to the magazine about relationships and being a person of color in the media. Read an excerpt from the interview here, and see one of the singer's looks below.

+ Thanks to U.K. brand pantyhoe$, you can hit the beach in a "Hotline Bling" Drakini or an aptly-named furkini. Probably not what Drake meant by "wearing less and going out more."

+ Songwriter Kelsey Lu debuted a video for the song "Dreams." Set in the desert, the video follows the singer chasing the sunset on horseback accompanied by chilling vocals. Lu's first ever EP, Church, is out June 8 on True Panther Sounds. Watch the video for "Dreams," below.

+ Facebook is going Big Brother on us. The social giant just rolled out DeepText, artificial intelligence-based software that analyzes user posts to suggest content based on what it finds. Definitely more creepy than cool.

+ Dev Hynes posted past Blood Orange album covers on Instagram, leading up to the album art for his upcoming third release, Freetown Sound. The photograph, taken by Deana Lawson, features a couple in the center of a sparse bedroom. Hynes has yet to specify a release date for it.

Herschel Supply Co. just launched the Roswell Collection for summer. The bags come in white, black, and navy, and have the addition of stitching and embroidery. The monochromatic collection is perfect for your weekend getaways. Peep the lookbook here.

"I'm crazy and I don't pretend to be anything else." —Rihanna