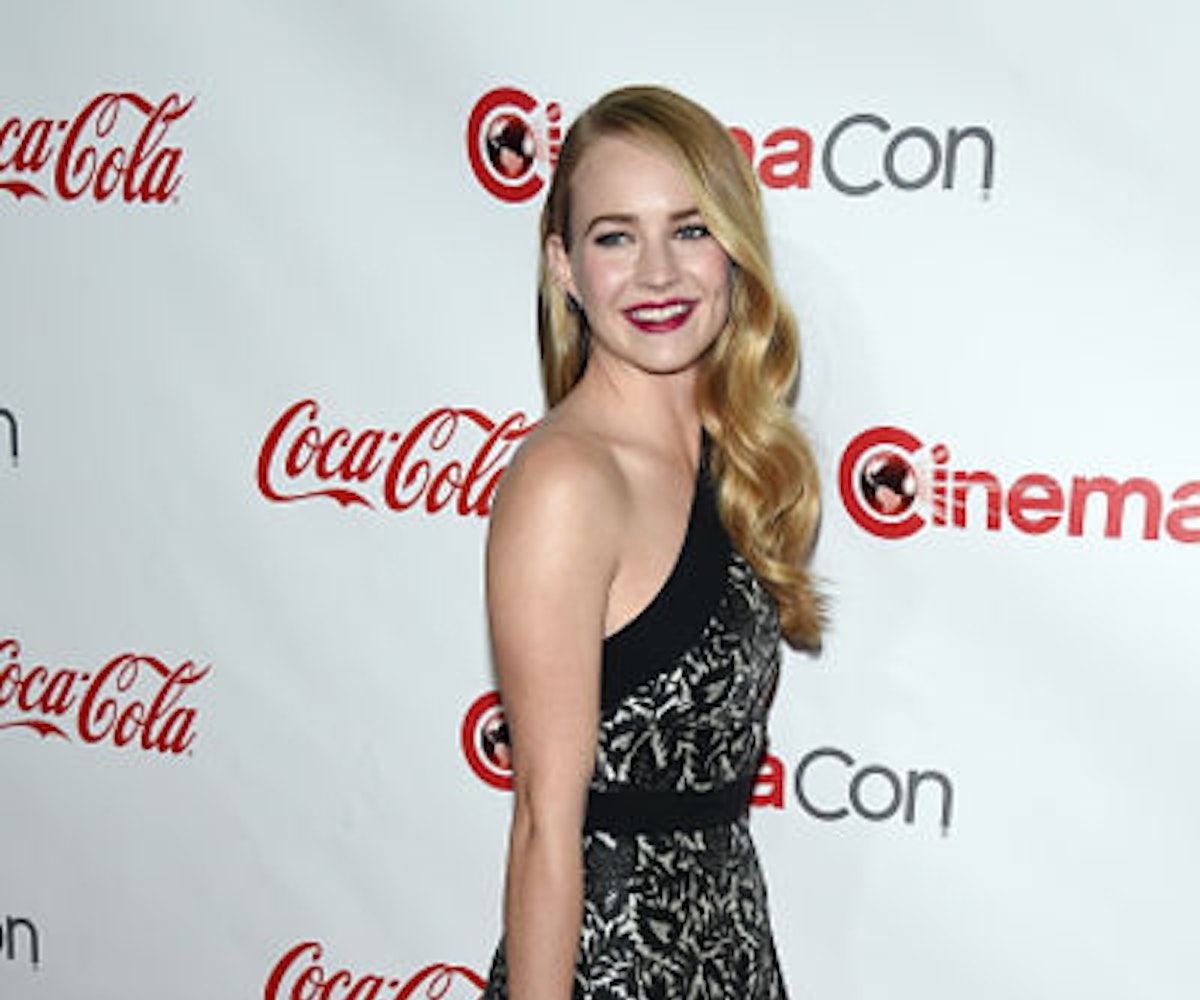 + There's a new #GirlBoss in town. Britt Robertson of Tomorrowland and The Longest Ride is set to star in Netflix's new comedy Girlboss, a 13-episode series based on Sophia Amoruso's best-selling memoir. Robertson will portray a young Amoruso, following her now-infamous journey from a rebellious youngster and petty thief to founder and CEO of fashion empire Nasty Gal.

+ Blood Orange fans can get a 45-second taste of the hotly-anticipated forthcoming album, Freetown Sound, on Dev Hynes' website. The clip features snippets of jazz, funk, sax, and piano. Short, but oh so sweet.

+ Spotify just debuted a dream music collaboration—but it's not with an artist. The streaming service is launching a Spotify Scholarships program with the Girls Rock Camp Foundation, which funds non-profit girls music camps across the country (and counts Tegan and Sara among its board members). More than 100 girls from low-income families will receive full tuition at the music camp this summer.

+ Today isn't just for celebrating BFFs. It's also World Oceans Day, and L.A.-based sock producer Richer Poorer is partnering with the World Wildlife Fund to help you celebrate with your feet. The collab launches three exclusive sock sets today featuring ocean animals that are endangered or near-endangered, and a whopping 100 percent of net proceeds will go toward the WWF. Grab your pair here.

+ Adidas is giving away a limited number of their new running shoe that uses plastic recovered from the ocean through environmental nonprofit Parley for the Oceans. Instagrammers looking to win a pair of the Adidas x Parley kicks have through July 2016 to post a video showing how they'll avoid single-use plastic items.

Organic, sustainable skin-care line Raaw In A Jar launches their French Seaweed collection today. The new products are made with seaweed and algae harvested off the coast of Île de Batz, France. Très bien!

"The older I've gotten, the more I've learned that I have to open myself up to all opportunities. Maybe I'll get burned and not meet the right people, but I won't know until I do it." —Selena Gomez