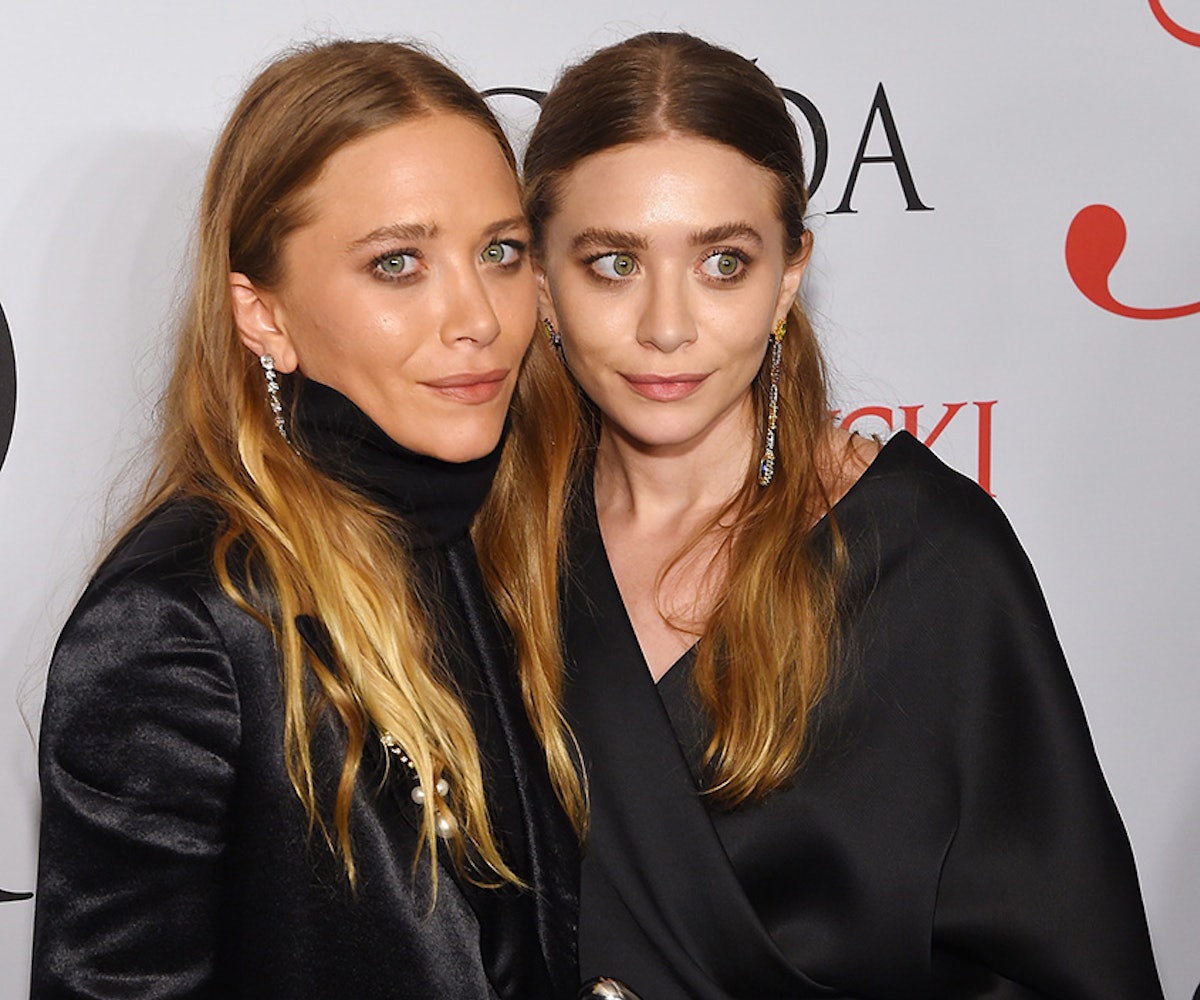 + Your fave twins, with the best cheekbones, might be getting their own museum. A new installation is in the works from Brooklyn comedians Matt Harkins and Viviana Rosales Olen called "Olsen Twins Hiding From the Paparazzi." Although the idea started off as a joke, it received quite the support from Olsen twin lovers. Artists are now offering their interpretations of the style-savvy duo, which will then be exhibited in a Brooklyn apartment. We wonder if Ashley and MK will make an appearance.

+ FKA twigs is back with another Calvin Klein campaign—this time for jeans. She fronts the new campaign, alongside U.K. dancer Kaner Flex pulling off gymnastics-inspired poses, shot by David Sims. The campaign is accompanied by a self-directed film featuring an extended version of "Good to Love,” her latest single. She starred in the brand’s mainline spring campaign as well, alongside Kendrick Lamar, Justin Bieber, and Kendall Jenner.

+ Just because Grace Coddington is taking a step back from Vogue, doesn't mean that she's taking time off. Coddington's newest venture involves a collaboration with luxury label Comme des Garçons. The fashion icon will release a fragrance with the company called Grace by Grace Coddington, and it's no surprise that the bottle will be in the shape of a cat (just look at her Instagram). The perfume will be released on April 19th, exclusively at Dover Street Market.

+ The much-anticipated lineup for Panorama, the music, art, and technology festival brought to us by the same folks behind Coachella, has finally been released. Artists such as Kendrick Lamar, Arcade Fire, and LCD Soundsystem will take the stage at New York City's Randall's Island Park from July 22-24.

+ Known for her beautifully raw sound, indie artist Mitski has released the full tracklist for her newest album Puberty 2 along with official tour dates. "Your Best American Girl" is the latest single from the album, featuring an atmospheric sound and an intense electric beat. Puberty 2 is officially out on June 17.

Contemporary swimwear brand Giejo has collaborated with Madewell to create a swim collection for the pattern-obsessed. Both brands will be combining the best of both of their designs—Giejo's modern silhouettes and Madewell's cheery prints—for the sustainable line. Peruse the collection, which is now for sale, here.

"You don’t belong to f*cking anybody but yourself." —Halsey