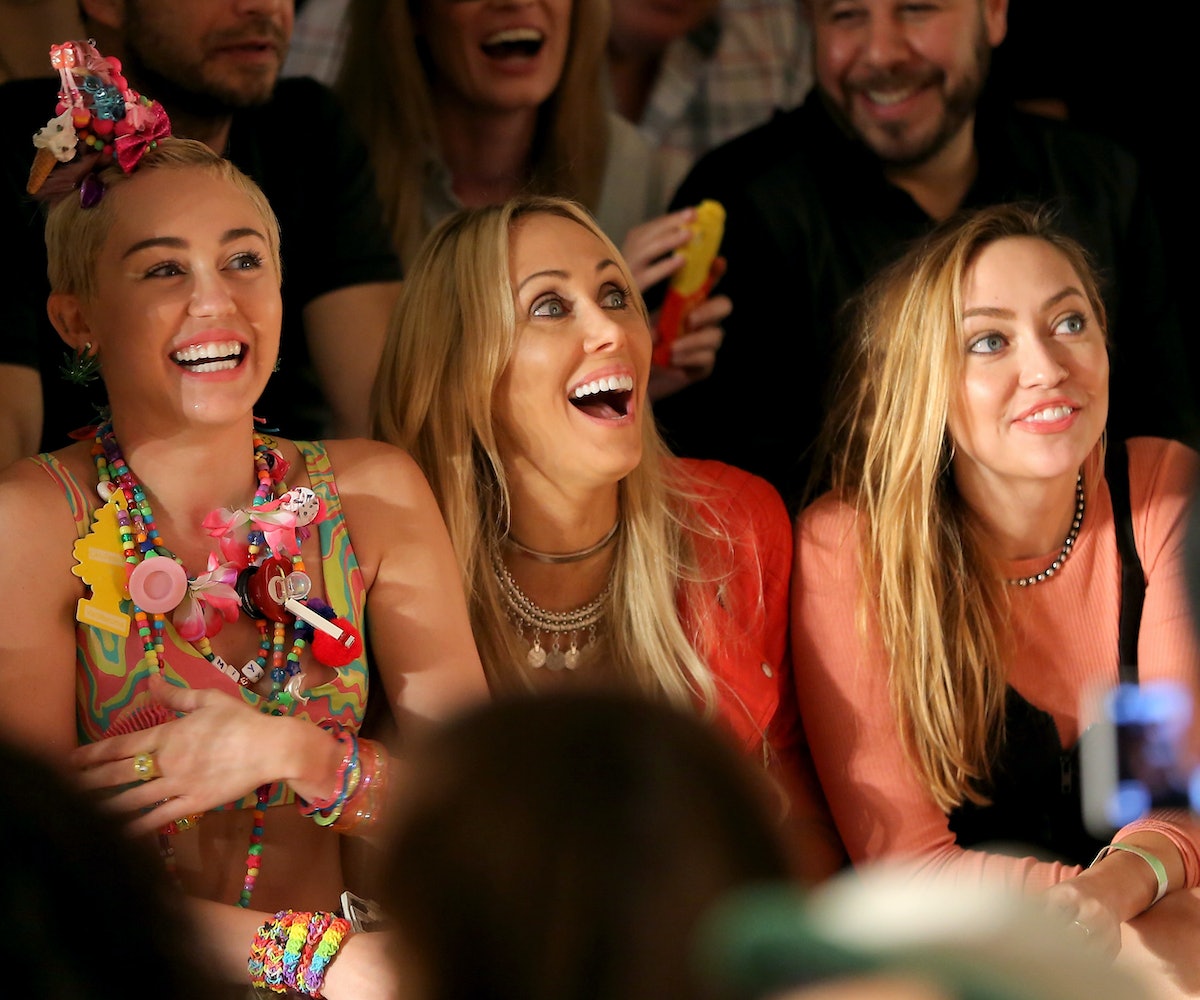 + The Cyrus clan just secured a reality show on Bravo—the series, however, won't be following Miley. Cyrus vs. Cyrus: Design and Conquer will follow Miley's mother, Tish, and older sister, Brandi, as they pursue their interior design businesses, going head-to-head against each other’s designs to win clients. The show is set to premiere on March 25, and we're sure it will be quite the epic battle. Check out the trailer, below.

+ Allure's April cover story is one not told too often. The glossy rounded up 41 women of color and asked them to talk about "their lives through their skin." Casting the stunning Dilone, Imaan Hammam, and Amita Lagum as the cover stars, the issue is filled with actresses, models, as well as regular women, from dermatologists to activists. Below, the models share the struggles they’ve faced as women of color and how that’s changed their perspective over time.

+ When twoVogues become one: It's just been announced that Anna Wintour's daughter, Bee Shaffer, is engaged to the son of the late Vogue Italia editor-in-chief, Franca Sozzani. While both Shaffer and Francesco Carrozzini have yet to comment on the date, it's bound to be a very fashionable wedding. Congrats to the happy couple!

+ In addition to Perfume Genius announcing that his fourth album, No Shape, is coming out May 5, the Seattle-native also released an epic video for the first single from the album. Check out the impressionist wonderland that is "Slip Away," below.

+ Hermès has a fresh new scent coming our way that is sure to be a hit this summer. Inspired by fantasy, childhood dreams, and femininity, Eau des Merveilles Bleue is going to be a dreamy mix of wood and mineral with refreshing notes of sea spray and rounded out by the heat of patchouli. It's extension of the Eau des Merveilles line and hits stores later this month.

Millennial luggage brand Away has teamed up with the nonprofit organization charity: water to provide you with a simple way to become a philanthropist while traveling in style. Away is now featuring limited-edition versions of their Carry-On and Bigger Carry-On, donating $30 from each purchase to the cause which will help bring clean drinking water to those in need.

"Challenges make you discover things about yourself that you never really knew." —Cicely Tyson