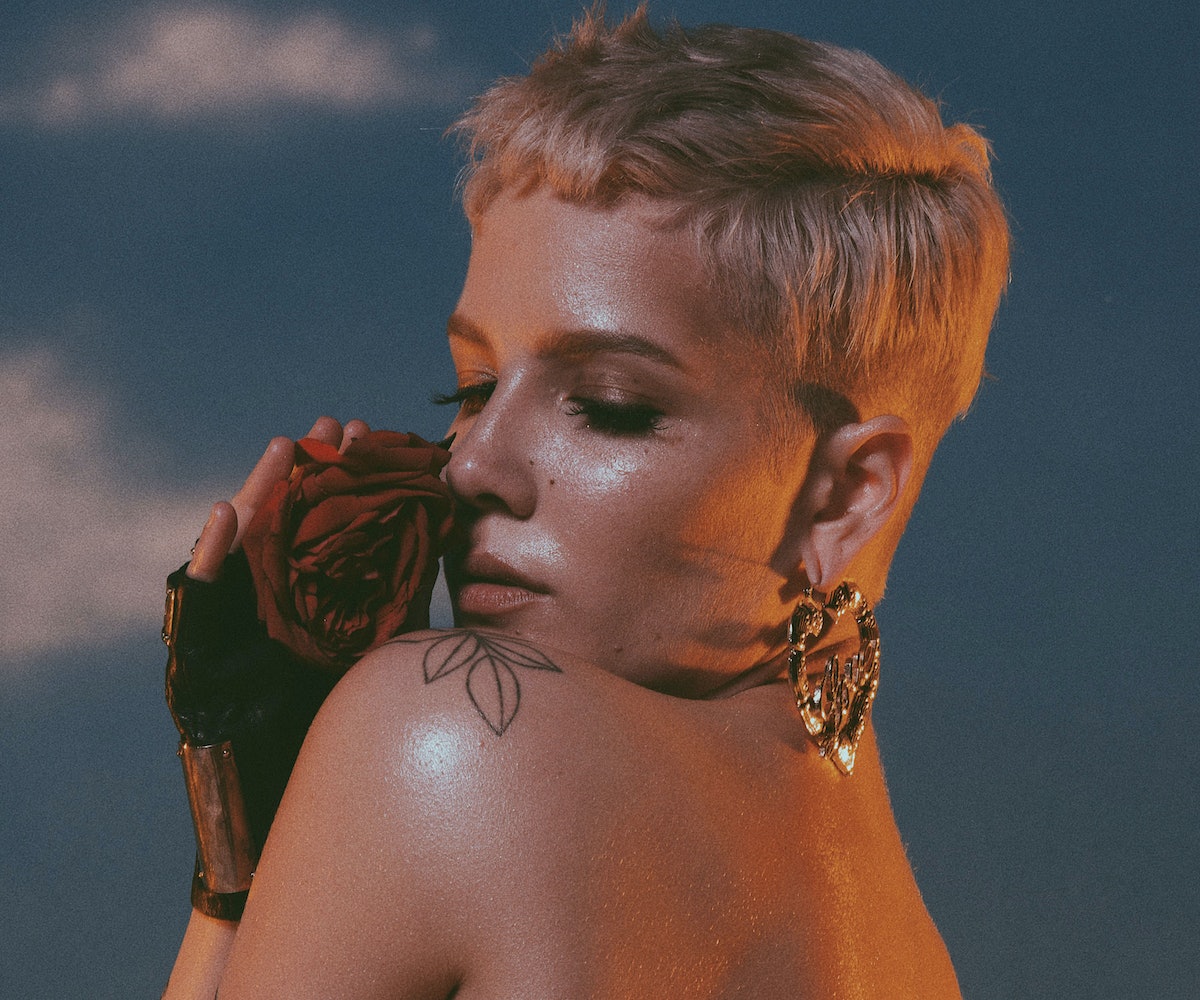 + Let the promo tour for Halsey's next album officially begin. The NYLON cover star announced her sophomore album, hopeless fountain kingdom, is "coming in june." That's it! Apparently, the album made the 100 fans she invited to a private listening party last month cry. Looks like summertime sadness is coming early this year.

+ Tired of being "manterrupted" constantly? Well, then, a new app called Woman Interrupted is here for you. The app picks up on vocal conversations and will actually keep count of how many times you've been interrupted by a male. The creators of the app are doing this to bring more fact-based evidence to the forefront and make the argument that, if people don't understand that this problem exists, men won't stop doing it—which we have to agree is totally valid.

+ TOMS and Girlschool are joining forces to build a brand-new capsule festival to take place during SXSW. WE ARE ONE will be held in Austin from March 16 to March 18 and include free live performances and an art show curated by Society6 and LGBTQ artists such as Kate Nash, Phoebe Bridgers, Madame Gandhi, and more.

+ In honor of National Women's Day, Tinder has teamed up with Pledgeling to launch a new social media challenge for which they have pledged to donate $250,000 to 15 female-focused causes. To participate, all you have to do is choose a women's charity or issue you care about—such as education or women's rights—and tweet @Tinder about it with the hashtag #FundHerCause. The tweet will receive a response with a donation code, which you can then submit here.

+ Mara Hoffman and Art Not War have brought together a collective of badass individuals for a new portrait series highlighting women working to uplift communities from injustices involving human rights. These 25 women, photographed by Amber Mahoney in pieces from the Mara Hoffman Spring 2017 collection, are all from various backgrounds and support different channels within the fields of domestic violence, reproductive rights, and civil rights. With this series, they hope to have the fashion industry widely acknowledge and discuss these issues, subsequently bringing action and change.

Valfre has launched a line of activist tees that are sure to be a staple. With quotes like "resisting bitch face" and "we gave you guacamole, have some respect" they're pretty hard to resist. Also, 20 percent of the proceeds from shirts purchased from this collection will be donated to Planned Parenthood and ACLU, so it's a win-win.

"It's not the load that breaks you down, it's the way you carry it." — Lena Horne