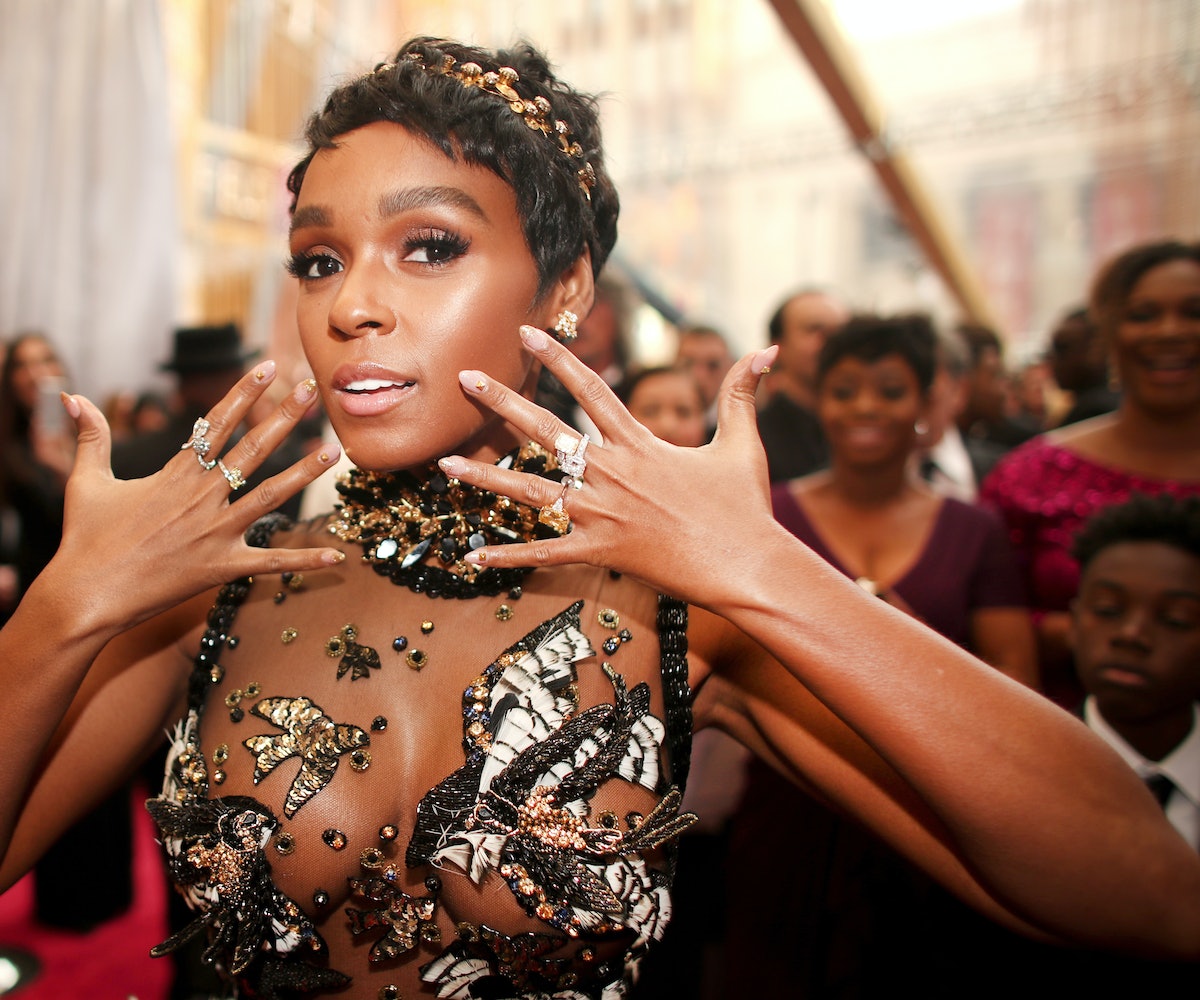 + Janelle Monáe is rumored to be the new front-runner to play Domino in Marvel's Deadpool 2. If the reports turn out to be true, she will have beaten out Mackenzie Davis and Kerry Washington, who were both previously rumored to take the starring role. Monáe would be playing a mutant mercenary with probability controlling powers.

+ Jorja Smith celebrated International Women's Day with a gorgeous new single and video, "Beautiful Little Fools." Smith takes inspiration from her disagreement with F. Scott Fitzgerald's famous The Great Gatsby line, "Be a fool—that's the best thing a girl can be in this world, a beautiful little fool," and turned it into a cool, brooding statement.

+ The Victoria & Albert (V&A) Museum announced that pussy hats will now be a part of their "Rapid Response Collection." The museum noted the hat's prominence at the Women's March as an obvious symbol of female solidarity, directly combatting the POTUS' "grab them by the pussy" remarks.

+ Gigi Hadid stepped behind the lens to photograph her boyfriend Zayn Malik for Versace's Spring/Summer '17 campaign. Hadid brings a noticeable dose of intimacy to the campaign, using only her iPhone and digital cameras to capture the images of Zayn and model Adwoa Aboah.

+ THEY. brought major funhouse vibes with their new video "What You Want." On the inspiration for the video, Dante Jones said, "I always loved the old-school Hanna-Barbera cartoons from back in the day. I was glad we were able to recreate those signature doorway scenes with some dope video trick."

Let your clothing do the talking and show the world that you're a "Phenomenal Woman" with this Maya Angelou-inspired T-shirt. All of the proceeds from the sales will benefit seven incredible women's organizations, Emerge America, EMILY's List, Essie Justice Group, Girls Who Code, NARAL, Planned Parenthood, and The United State of Women.

"Don't be afraid, even though people might say what you're doing isn't cool or isn't right. I promise you, you will not regret it, if you stay true to who you are and what you love to do." —Emma Stone