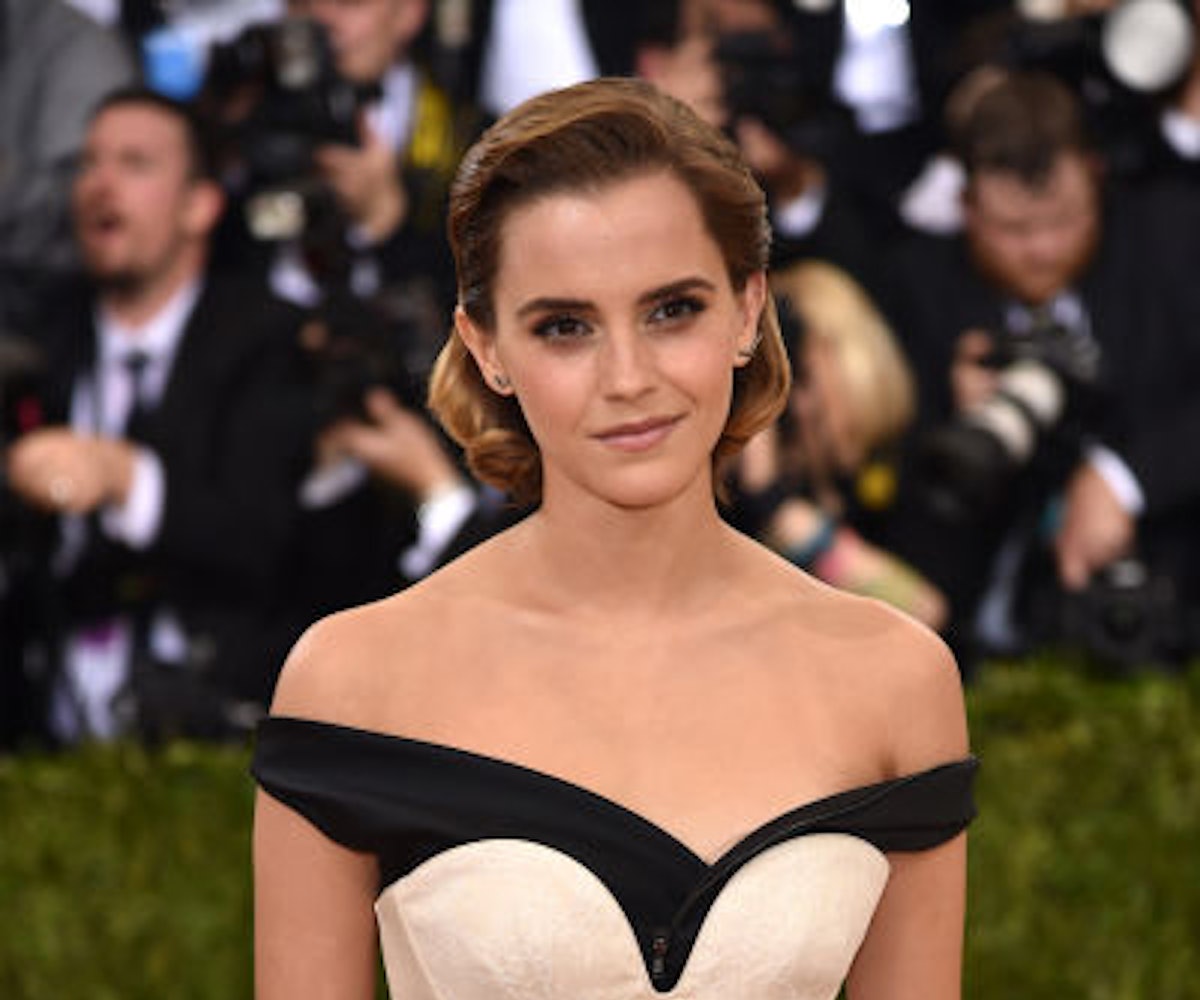 + Emma Watson is taking her mind off the Panama Papers scandal and focusing on a petition to build a suffragette statue in London's Parliament Square. As of right now, all of the statues residing in the space are of men, and so Watson (along with more than 70,000 people) are fighting for equal gender representation.

+ Jenny Slate is reportedly dating Chris Evans following her divorce from Dean Fleischer-Camp. The Gifted co-stars were recently spotted on a double date with Evans' brother, and also made an appearance on Anna Faris' podcast just last month.

+ Need another reason to stay away from your ex? A new study conducted by Oakland University researchers proves that people who stay friends with their exes have "dark personalities," meaning the ex who has been sliding into your DMs is either a narcissist or a psychopath. Fun!

+ Paris Hilton is producing a documentary about... herself, duh. The untitled film premiered at the Cannes Film Festival and according to the directors, it explores the reality star's "complicated relationship" with the press and public.

+ Honne finally released the music video for its single "Someone That Loves You," a charming collaboration with Izzy Bizu. Watch two strangers find love in a subway car in the cinematic masterpiece, below.

NEXT UP
Culture
A Britney Spears-Inspired Musical Is Coming To Broadway
The Art Issue 2022
The Most Interesting Fashion Designers Right Now? Artists.
Fashion
Kim Petras Wore An All-Denim Homage To Britney Spears At The 2022 AMAs
Culture
NYLON Party Report Card: Partying With The Stars & 94 Foot Long Whale At The Natural History Museum Gala