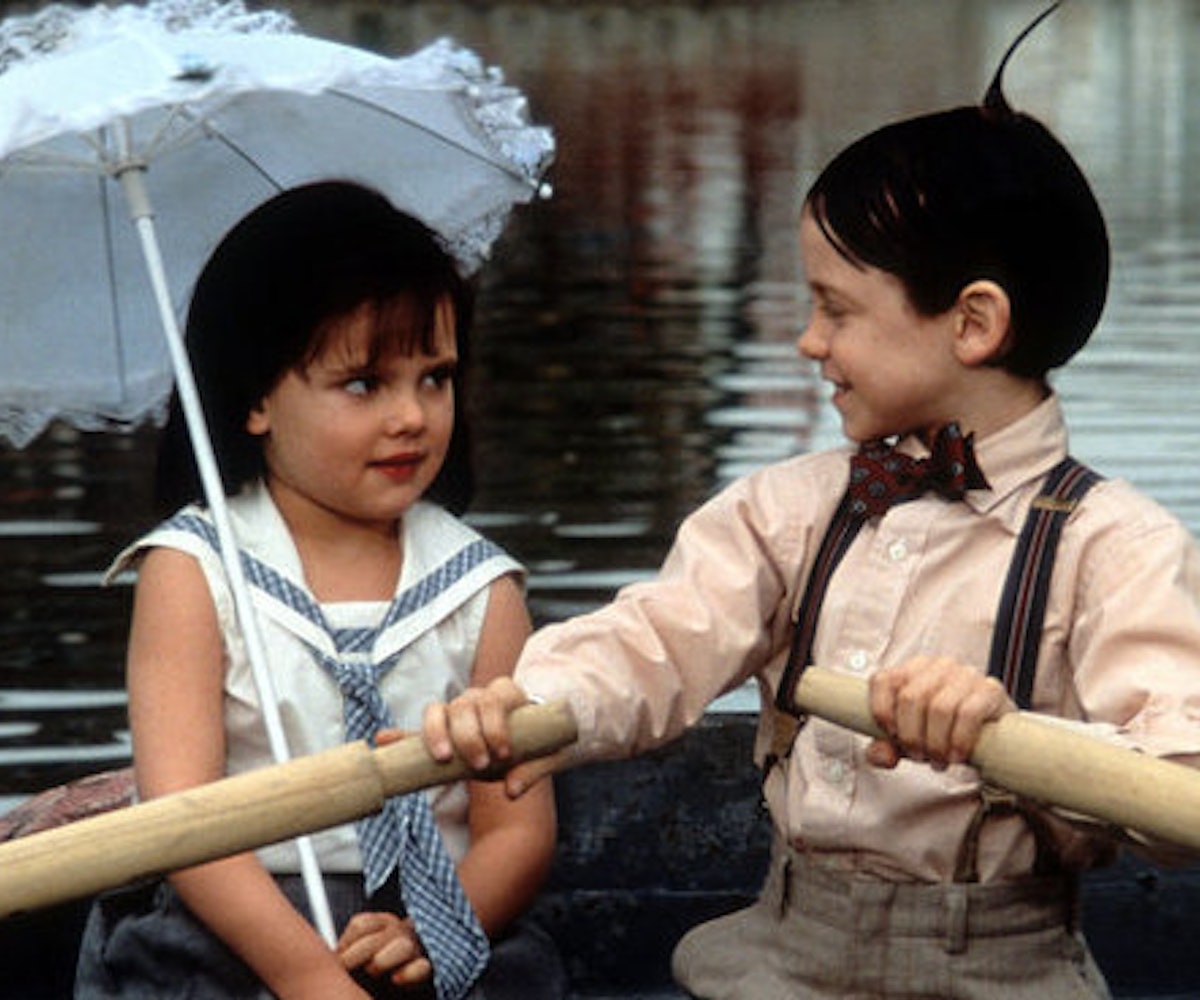 + Everything new to Netflix next month is, in a word, legendary. While it was hard to choose, we rounded up the very best of what's coming next, all worthy of your next binge. Peep the list, below.

8 Mile: Starring Eminem and heavily influenced by his own life, 8 Mile follows an aspiring rapper living in an impoverished area in Detroit.

Ace Ventura: When Nature Calls: In the sequel, Ace must find a kidnapped endangered white bat to save two countries in Africa from civil war.

August Rush: A heartwarming tale of an orphaned young boy trying to learn about his parents, and finding that he’s a musical prodigy along the way. It also features the best soundtrack of any movie, ever.

Dark, Season 1: A true-crime film set in Germany that can only be described as Stranger Things meets The Shining.

Diana: In Her Own Words: There are so many documentaries about the late Princess Diana, but this one is narrated by Di herself using extremely rare recordings.

Dreamcatcher: We can’t get enough of Stephen King adaptations, and this one from 2003 is sure to keep you on the edge of your seat.

Easy, Season 2: This star-studded series was a major hit last year with its honest depictions of modern relationships, and season 2 continues in its footsteps.

Full Metal Jacket: Directed by Stanley Kubrick, this film follows two U.S. Marines though their training for the Vietnam War.

Nacho Libre: In what is undoubtedly one of the most iconic Jack Black movies of all time, he plays a monk who moonlights as a wrestler to raise money for the orphans that his monastery houses.

The Little Rascals: Your childhood is calling, and it’s telling you to rewatch this movie that you've likely seen a hundred times already.

V for Vendetta: Set in post-world war London, a vigilante who goes by V fights the oppressive government that unfairly rules them. He rescues Evey (Natalie Portman) from the secret police and learns that she’s just as against the government as he is.

Voyeur: A documentary about a man who built and ran a hotel for the sole purpose of spying on its inhabitants.

The Wackness: Josh Peck stars as a teenager selling dime bags of marijuana in the streets of '90s New York to pay for his therapy sessions—but his therapist comes with his own set of problems.

While You Were Sleeping: Sandra Bullock plays Lucy, a woman who saves her crush from being hit by a train. While he is in a coma, his family comes to believe that Lucy is his fiancé, and she doesn’t correct them.

Guardians of the Galaxy Vol. 2: Peter Quill (Chris Pratt) and his band of sidekicks are back and better than ever in the sequel to the 2013 blockbuster hit.

The Crown, Season 2: The new season continues to shed light on the life of Queen Elizabeth II, in the most lavish production that Neflix has made to date.

Disney’s The Santa Clause Trilogy: Some of the best holiday movies about a man (Tim Allen) who finds himself turning into St. Nick after he accidentally kills a man in a Santa costume.

Erased, Season 1: Based on a beloved anime of the same name, the story follows a boy who travels back in time to prevent the murders of three of his classmates.

The Mafia Kills Only in Summer: This Italian comedy-drama centers around a boy who lives in Sicily during the time when the Sicilian Mafia was created, and shows the bravery of the Italian police who gave their lives to stop it.

Bright: Will Smith plays a cop in alternate-universe L.A. that is teeming with different alien species, ultimately commenting on racism in our country through a sci-fi lens.

Dope, Season 1: This project is shrouded in secrecy, but we're hoping it will be a spin-off of the movie of the same name.

Cable Girls, Season 2: Set in 1920s Spain, four women who work at the National Telephone Company in Madrid show what it’s like to be a woman at a time when this was basically the only job they could take.

+ A new Gatorade commercial featuring Serena Williams and her daughter, Alexis, is one of the most empowering ads we've ever seen. In it, Williams talks to her sleeping baby, and preaches about community both on and off the court. "What's most important is not whether you're good," she says, "but that you find a sisterhood with your teammates that travels off the field." If this doesn't make you want to join a team, we don't know what will.

+ St. Vincent’s Fear the Future-era aesthetic was very present in the music videos for her first two singles, “New York” and “Los Ageless,” but she’s taking us to another world entirely in her video for "Pills." The video is a dystopian look at suburbia which is fitting, seeing as the song itself is about dependence on pharmaceuticals. Prepare yourself for a super creepy visual and watch it on Tidal here.

+ Miley Cyrus teased her shiny new Converse collab on Instagram, and they are exactly what you would think Miley x Converse shoes would look like—pink and sparkly with a hint of Southern charm. There are a few different styles, most with glittery platform soles, and all featuring what look like a Mickey Mouse head with her initials as the eyes. From the looks of it, the inside of each pair is lined in a bandana print, a nod to her country roots. We feel just as excited as she looks. Check them out on her Instagram page.

+ Speaking of sparkles, Too Faced just released a palette that promises to make you shine bright like a diamond. The Diamond Light highlighter is just one of the products from the beauty brand’s recently announced Chocolate Gold collection, and may we say, it’s the best of the bunch. The packaging is in the shape of a diamond, and the hand-poured marble mixture promises that each palette is unique. Crushed diamond powder and light-reflecting pearls are listed as ingredients to help you get your best glow. The highlighter will be available at Sephora and on Too Faced's website on December 8, just in time for your holiday wish list.

Cult favorite handbag retailer Mansur Gavriel just dropped their first-ever line of wallets, so now your bucket bag can have some company. There are a few different styles, priced from $195-$395, and many of them have the same color-block pattern that made the handbags so popular. Send your loved ones here so they know what to get you for the holidays.

"I don't want to be perfect, but I do want to be a role model. My mom always tells me that imperfections equal beauty. All of us are imperfect." -Miley Cyrus