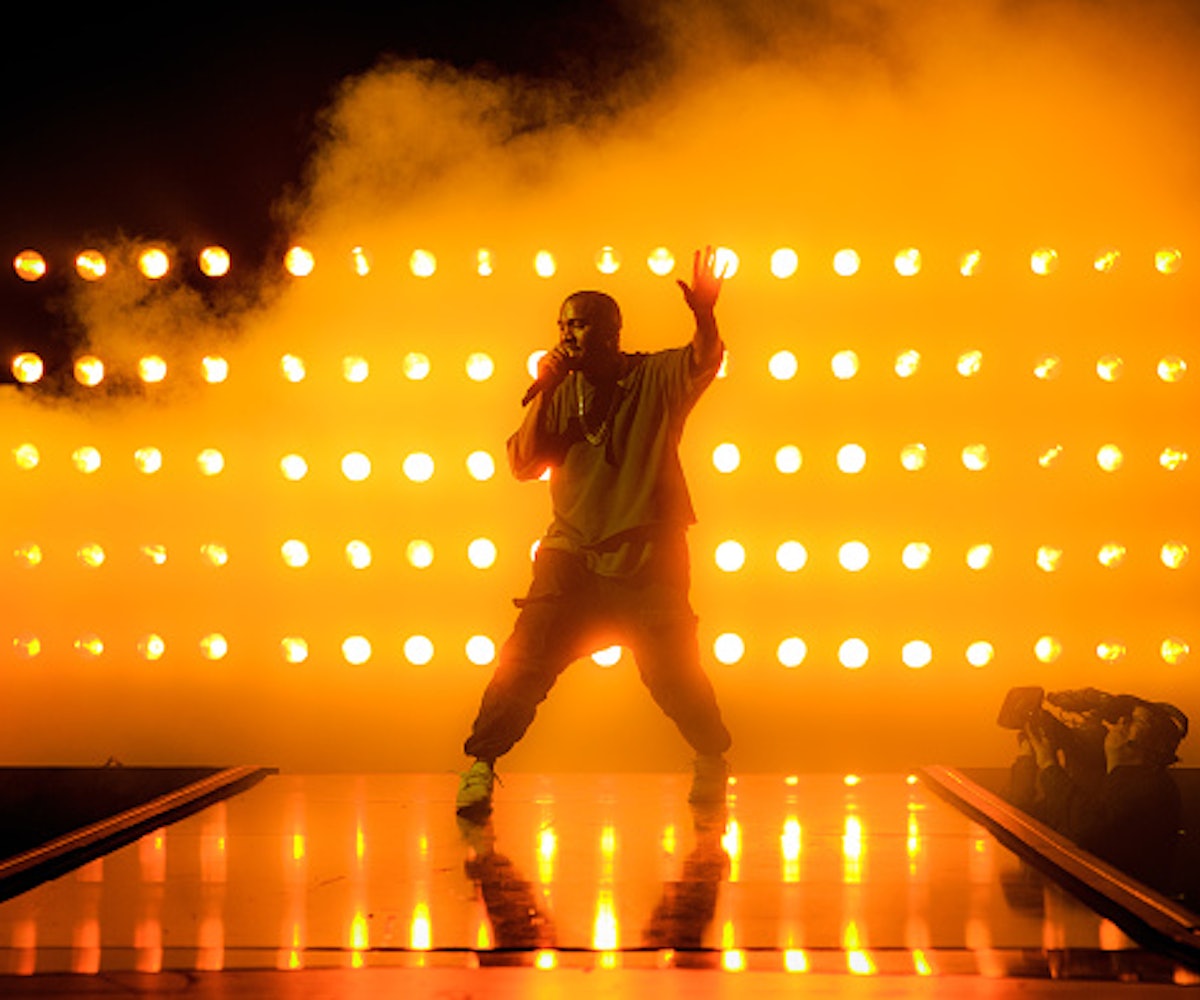 National Start Your Own Country Day!

+ Kanye West has officially canceled the remaining shows of his Saint Pablo Tour. In his last performance in Sacramento, California, on Thursday, the rapper reportedly went on a lengthy rant about racism in America, throwing shade at Beyoncé and saying how, if he voted, he would've done so for Donald Trump.

+ During the ongoing protests against the construction of the Dakota Access Pipeline, the law enforcement officials blasted crowds with water cannons and tear gas in, reportedly, below freezing temperatures. Many people were outraged, and a few celebrities even took to Twitter to voice their anger.

+ Pope Francis has granted all priests permission to forgive women who have had abortions. Originally, the Pope had pardoned abortions during one special Year of Mercy, which ended this past Sunday. In a lengthy letter citing the end of the Year of Mercy, he said that even this "sin" can be absolved, writing "I can and must state that there is no sin that God’s mercy cannot reach and wipe away when it finds a repentant heart seeking to be reconciled with the Father.”

+ The child featured on Brand New's iconic album artwork for The Devil And God Are Raging Inside Me is all grown-up. A decade ago, she was merely three years old when the cover was shot in front of the shabby New England house. Now, at the age of 17, she's a musician herself.

+ The Women in Music organization is having its annual holiday party at Webster Hall in New York City on December 5. As a one-time-only offer, new members may sign up to be a WIM Member at the holiday event for a discounted $40 annual membership fee and get in free with one guest. You can get your membership on their site, here.

Husband-wife graphic tee brand Monogram is hosting a trunk show at Collection in Los Angeles on Saturday, November 26, from 2pm to 5pm. For all of us who don't live in the area, you can shop their vintage-inspired tees on their website, here.

"I don't believe I am influencing anybody but myself." —Winona Ryder

NEXT UP
Culture
A Britney Spears-Inspired Musical Is Coming To Broadway
Culture
Not One, But Two BTS Documentaries Are Coming
Culture
Spotify Wrapped Is The Only Social Media That Doesn’t Lie
Culture
Kim Petras Defends Working with Dr. Luke (Again) As Kesha Trial Approaches