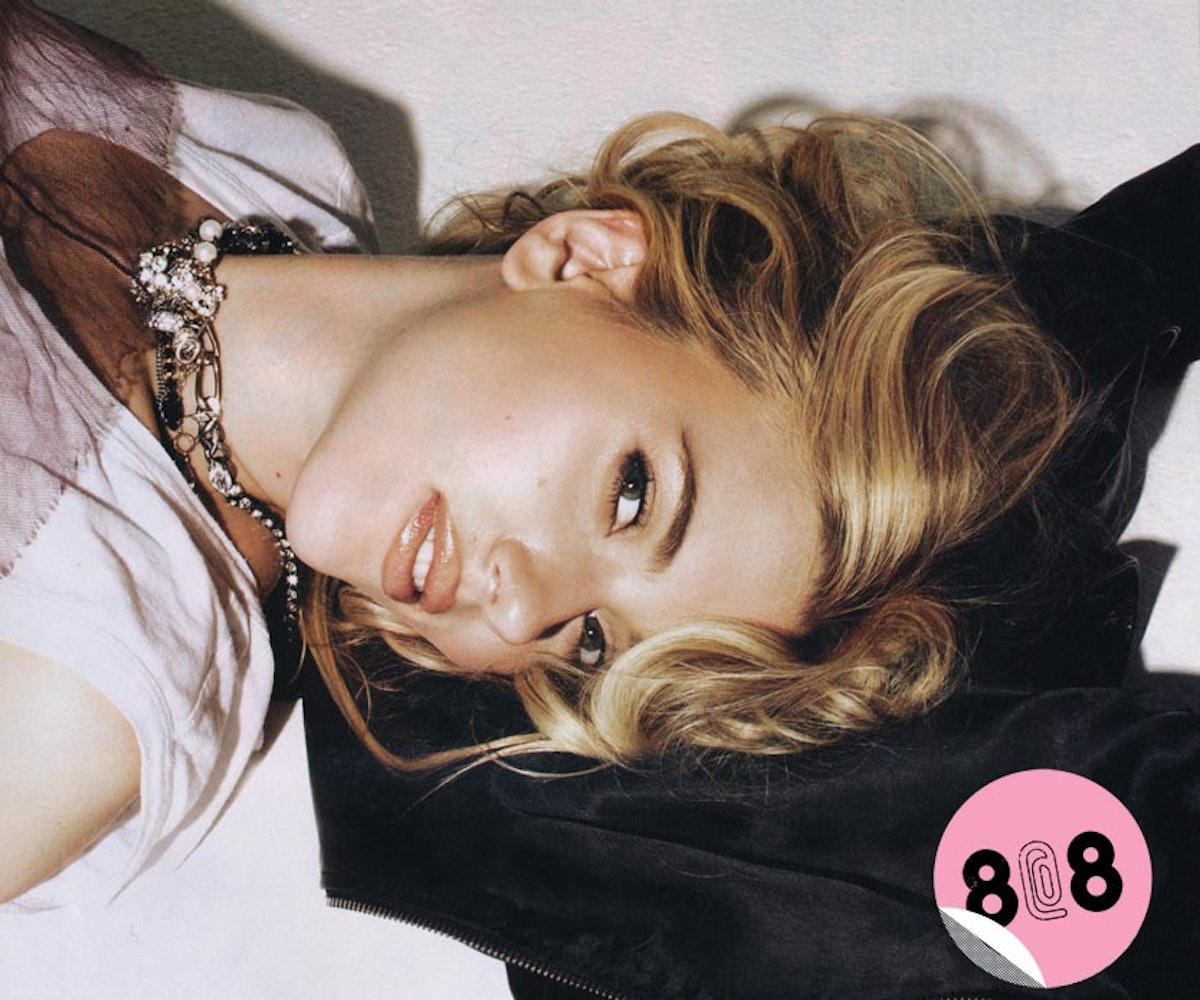 Curious Events Day! Get inquisitive and try to crack the mysterious and unknown.

+ Listen to two new tracks by Spirit Club, the brainchild of Wavves frontman Nathan Williams. They're both awesome, but be warned: they're a far cry from the acid-surf rock that we're used from Williams.

+ It looks like Downton Abbey's Crawley family, specifically Mary, is going to face some major competition because Scarlett Johansson is set to step into a corset. The Lucy actress is set to star in a new TV miniseries adapted from Edith Wharton's 1913 novel, The Custom of the Country.

+ It seems like all of our favorite female rock icons are releasing material to commemorate their careers lately—and we're totally digging it. Sonic Youth's Kim Gordon has finally annouced that her anticipated memoir, Girl in a Band, will hit shelves February 24, 2015. She also revealed the cover art for the book. (Swoon.)

+ Moleskine is partnering with AIDS charity (RED) to create a special edition collection, with a portion of the proceeds going to fight the disease. To you inspire creativity and bring awareness to the cause, the brand enlisted OK GO's Damian Kulash to share his sketches. Now, it's your turn: Use the hashtag #oneredday to share your own drawings. (via the NYLON inbox)

+ Beyonce’s new merch is available today on the Spring shopping app. Expect monikered caps, graphic tees (picturing Bey, obviously), and even a “Cake By The Pound” sweater. It’s just another one of many amazing things the Queen has given us this past year.

If you’re anything like us, your fall shopping wishlist knows no limits, and that’s why we’re super grateful for Piperlime and its 20% off sale that’s stretching until October 13th.

"There’s an impulse with this to blame the women...It’s not their fault. It’s as bad as if someone went to their home and pulled the covers down while they were asleep. But you know, if it was my own kids, I would say, ‘Just don’t do that!’ There for sure is a generational difference." -Tina Fey on Internet phone hackers.