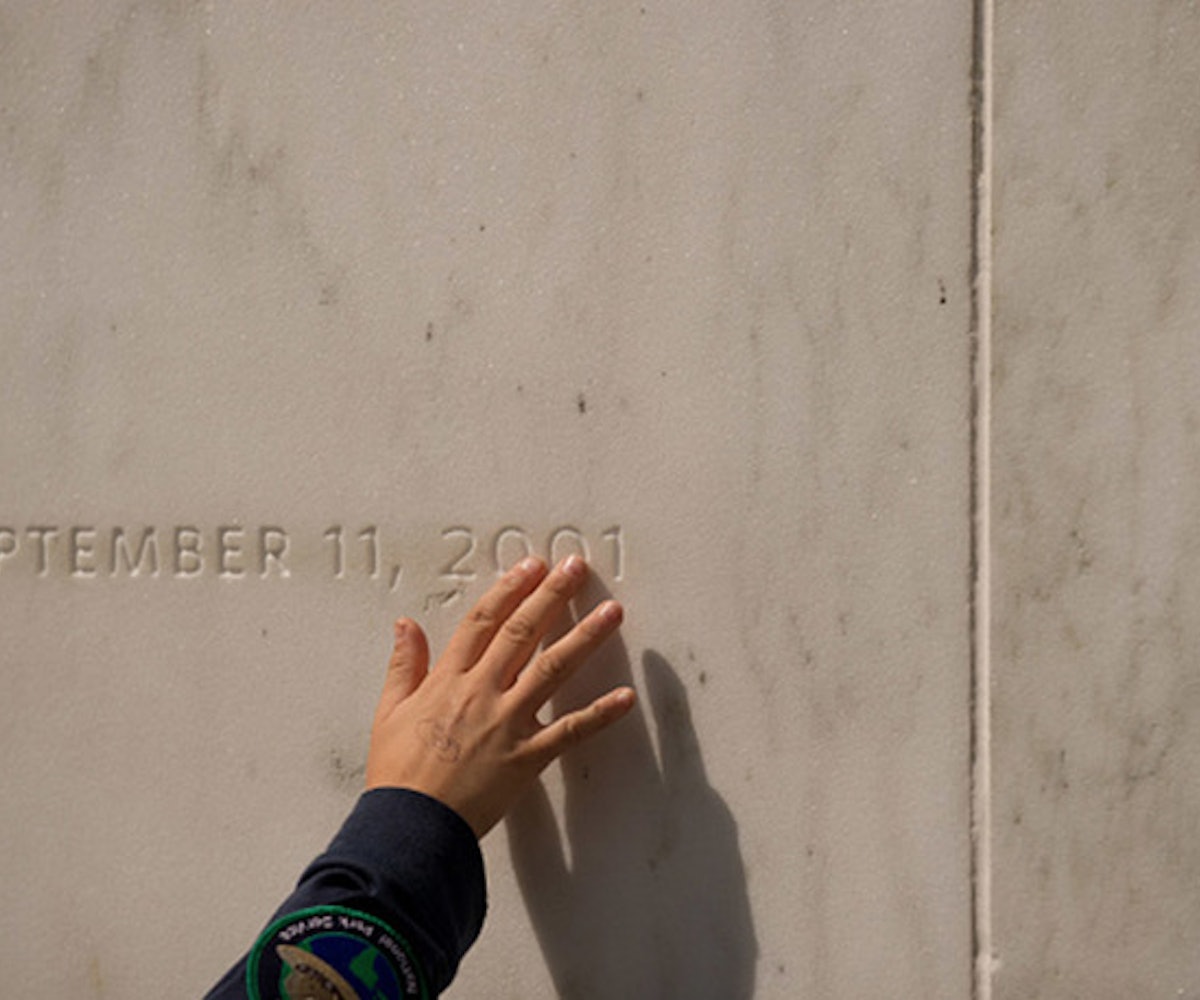 Fox & Friends co-host Brian Kilmeade wondered aloud on-air today if liberals will eventually want to get rid of 9/11 memorials since they've been vocal about removing Confederate statues. In an interview with Interior Secretary Ryan Zinke, Kilmeade brought up the memorial for the passengers killed on United Flight 93 in Shanksville, Pennsylvania, where Zinke was.

"Do you worry that 100 years from now someone is going to take that memorial down like they are trying to remake our memorials today?" Kilmeade asked. It seemed like a strange way to turn the conversation back to the white supremacist rally in Charlottesville, Virginia, a topic you'd think a Republican-ran network would want to avoid.

"I'm one that believes we should learn from history and I think our monuments are part of our country's history," Zinke said. "We can learn from it. Since we don't put up statues of Jesus, everyone is going to fall morally short. And I think reflecting on our history, both good and bad, is a powerful statement and part of our DNA. So I'm an advocate of, again, learning from our monuments, understanding the period they were made. But also, we live in a great country and monuments are not Republican, Democrat, independent. The monuments are a tribute to all of us."

It's hard to know where to begin here. For one, a memorial commemorating people who were killed in a terrorist attack is very different than a monument dedicated to a man, like Robert E. Lee, who fought tirelessly to preserve the institution of slavery. Furthermore, it's really hard to argue that white people need to see a statue of Lee every day to remember that racism is bad.

Zinke says it's important to understand "the period" these statues were made. Most Confederate monuments were “erected during the period of Jim Crow laws and segregation,” the president of the University of Texas at Austin, Greg Fenves, said in a statement. “The statues represent the subjugation of African Americans. That remains true today for white supremacists who use them to symbolize hatred and bigotry.”

Instead of learning from these statues, neo-Nazis are empowered by them. After the white supremacist rally in Charlottesville, that left counter-protester Heather Heyer dead, the city's mayor, Mike Signer, called on the governor of Virginia to hold an emergency meeting of the state General Assembly in order to facilitate the immediate removal of the Lee statue.

“We can, and we must, respond by denying the Nazis and the KKK and the so-called alt-right the twisted totem they seek," Signer said in a statement.

Why, in 100 years, as Kilmeade suggests, liberals will want to remove memorials dedicated to innocent victims of the 9/11 terrorist attacks is beyond me. Particularly because they sacrificed themselves in order to protect American citizens. Lee was fighting to enslave them.