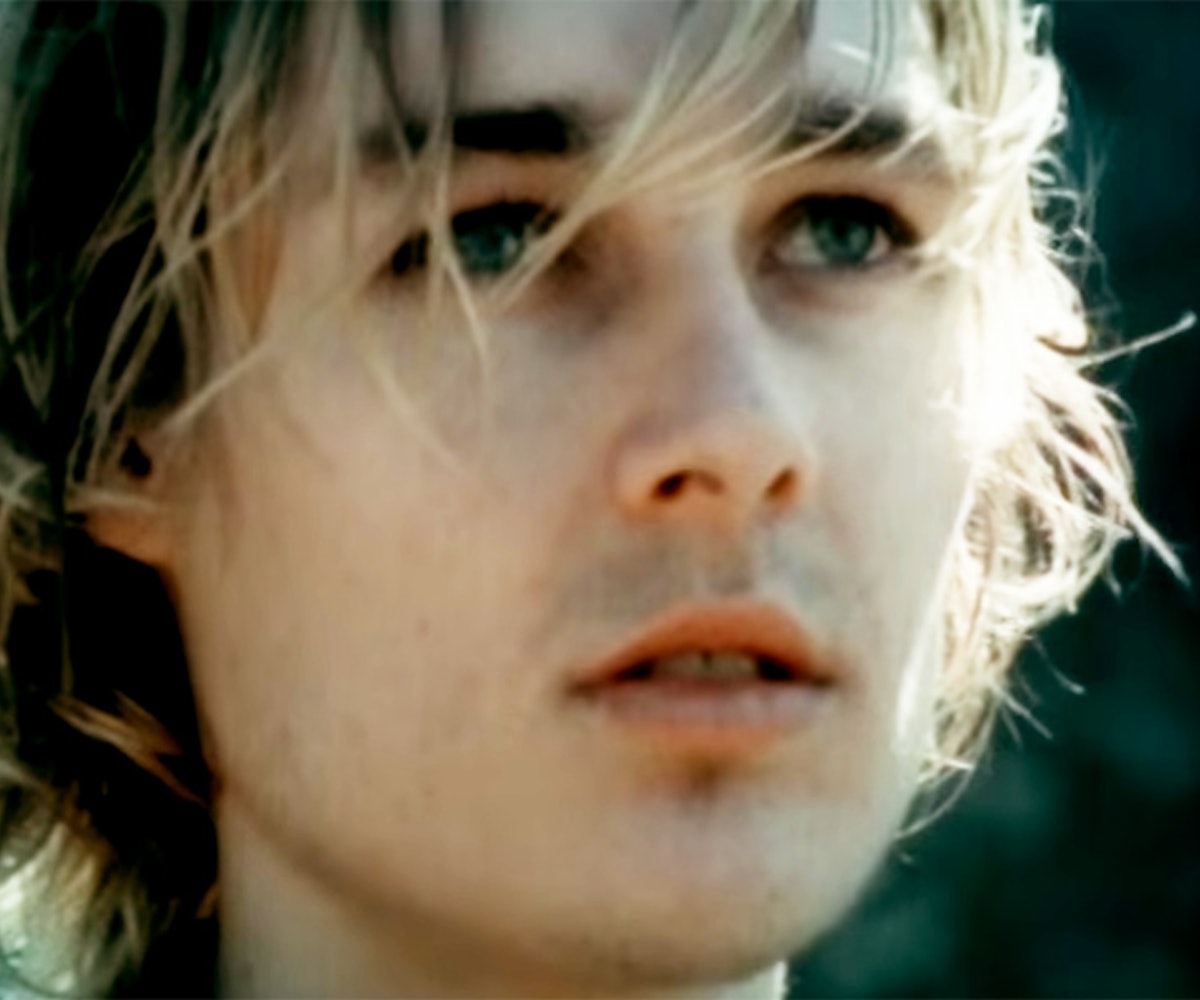 It's hard to believe it's been 15 years since the '90s officially ended, and like any decade, one of its defining characteristics was the music. And before boy bands and pop princesses hijacked the airwaves near the turn of the century, '90s popular music was dotted with charismatic rock singers who knew their way around a a catchy hook and a cheesy music video. Some of them became famous off the strength of one undeniable hit, others built more consistent careers, but all of them hold that special place in our heart, between love, nostalgia, and slight embarassment.

It's tempting to call Joan Osborne a one-hit wonder. Even though she's still recording albums—her last one came out in 2014—nothing ever approached the chart glory of her signature (and only) hit, "What If God Was One of Us." And then there was that video, featuring close-ups of Osborne's feline-like face, golden-blonde curls, and that totally fierce nose ring. Today, Osborne is a member if the band Trigger Hippy, along with former members of Widespread Panic and the Black Crows.

Singer of one of the most iconic choruses of the entire '90s, Meredith Brooks helped symbolize the no-nonsense movement of female empowerment that swept through the late '90s popular music, led of course by Sarah McLachlan's Lilith Fair, which Brooks performed at several times. Her declaration that "I'm a bitch, I'm a lover, I'm a child, I'm a mother, I'm a sinner, I'm a saint" is probably true, but Brooks could have also added "total babe" into the mix and she wouldn't have been wrong.

The poster boy for every '90s goth kid, Molko's androgynous look and nasal vocals made him a spiritual successor to The Cure's Robert Smith, and somewhat of a mysterious, dark prince in a music scene that was starting to be overtaken by the boy-band invasion. Placebo peaked with their hit, "Pure Morning," the video for which depicts Molko, who is openly bisexual, as beautiful angel of darkness. Placebo is still together to this day, and released their last album, Loud Like Love, back in 2013.

There wasn't a girl in my elementary school that wasn't madly in love with the iron-voiced lead singer of the Australian hard-rock trio. I mean, just look at him. It also helps that when Silverchair's breakthrough album, Frogstomp, debuted all the way back in 1998, Johns hadn't yet turned 18. With his sheared blonde locks and sometimes tortured demeanor, some people referred to Johns as the "Australian Kurt Cobain." We referred to him as a complete and utter dreamboat.

The Cardigans were already kind of a big deal back home in Sweden when their single "Lovefool" dropped in the U.S., making them international stars. And while we admit that bands are a collaborative effort, the star of the show was undoubtedly Nina Persson, the band's magnetic lead singer whose chic, blonde 'do and oceanic blue eyes made it impossible to take your eyes off her. It's a good thing, too, because she had no intention to. Persson, who nowdays is rocking long, brown hair, released a solo album in 2014 and has hinted at a Cardigans reunion at some point.

The Spin Doctors' 1992 smash hit "Two Princes" was a ray of light and joy in a rock scene that had just been turned inside-out by the brooding angst of three young dudes from Seattle. And Barron was pretty much the anti-Kurt Cobain—a boisterous, bouncy, Bohemian boy (five times fast) who scatted his way directly into our hearts. The Spin Doctors are still at it, having released their last album, If the River Was Whiskey, back in 2013.

How hot was Royston Langdon? Hot enough to be Liv Tyler's baby daddy, is the correct answer. Langdon married Tyler in 2003, a whole eight years after his band's hit "In the Meantime" made him a rock star. The song was euphoric, so catchy, and just a straight jam. Langdon was all lanky energy, cartoonish facial expressions, and tinted shades. Spacehog released their last album in 2013, while he and Tyler divorced in 2008. :(

Looking back on Justin Fox and Dishwalla now, the word "bland" might come to mind. But "Counting Blue Cars" is such a perfect piece of mid-'90s pop-rock that we can't help but be swayed. It also doesn't hurt that Justin Fox's last name is pretty accurate.

This might surprise you, but Collective Soul had seven number-one rock hits throughout the '90s. They were legit, and lead singer Ed Roland was their world-weary face. Long-haired, sometimes beared, sometimes not, and giving off the vibe of a rock n' roll prophet, Roland was as sincere, self-important, and humorless as rock stars get, and that's exactly why we loved him.