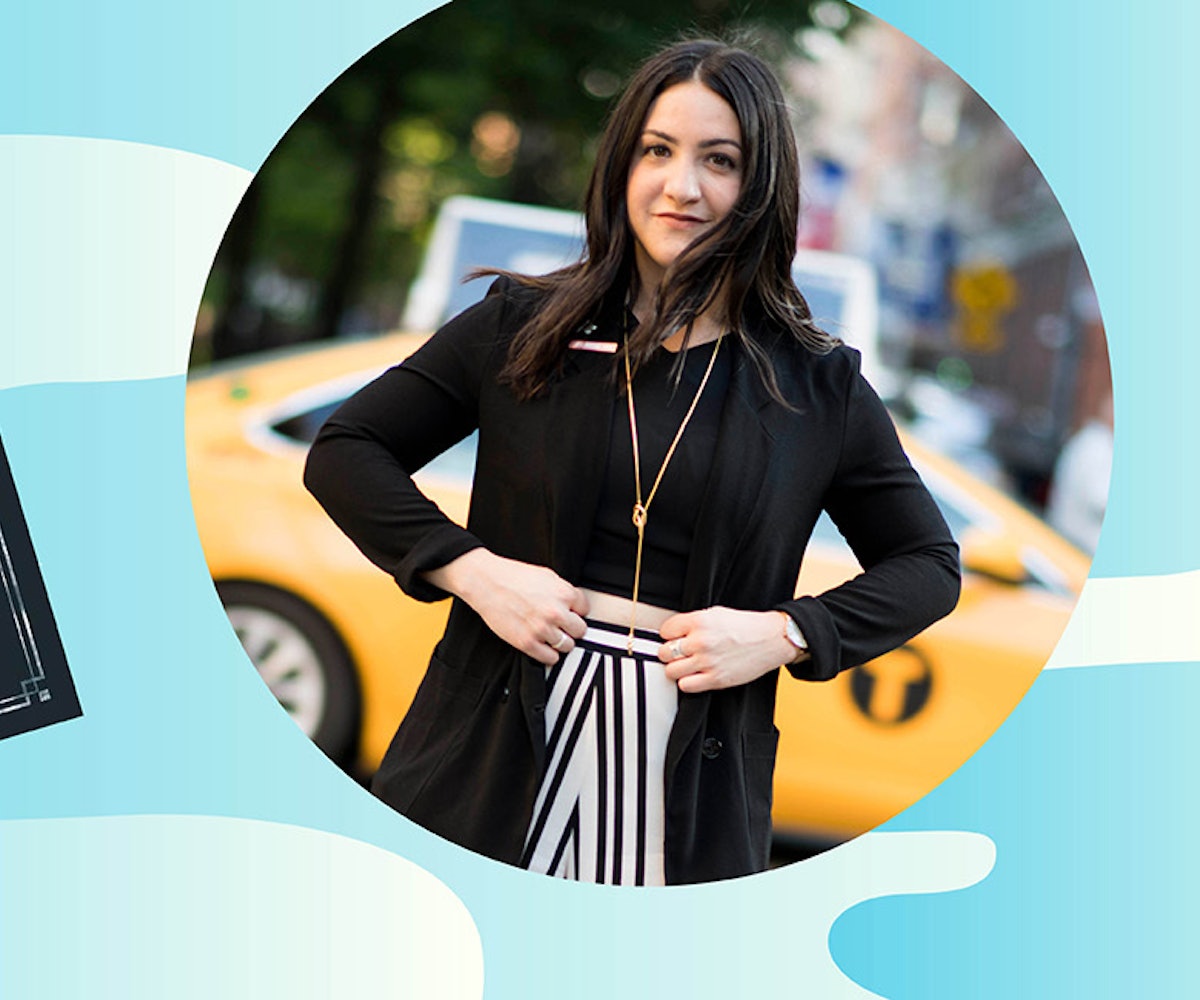 It was 8:30am on November 9, 2016, and my phone was already buzzing, even though I was still asleep. I jolted upright and answered the phone.

“Get up, throw on sweatpants, and put your hair in a bun,” my coworker Jess instructed. “We’re going into the office.”

My hair was a mess, my makeup was still on from the night before, and I had only slept for four hours, because on November 8, 2016, Donald J. Trump had been elected President of the United States, and I was not okay. But I followed Jess’ instructions and made myself just presentable enough to leave my house. This was the beginning of learning how to exist in a new type of normal. And figuring out how to keep going is why, four short months later, I would begin writing a book about the woman-led resistance that had arisen in opposition to the Trump administration’s sexist, white supremacist agenda. But on that morning, the unknown loomed over the future like a dark cloud.

Midday, I emailed my friend Lindsey: “In dire need of the wonderful women in my life. Feeling thankful they exist.” Her response came quickly. “Let’s go somewhere dark. Quiet. And where it's always 4am,” she wrote back. And so we did. We spent that night crying and talking and drinking prosecco and discussing how we could make ourselves useful once we left that dark room.

Over the last year and a half, I have found myself feeling grateful for women over and over and over again. When I felt paralyzed professionally, women pushed me to keep going. When I centered myself a little too much in terms of our societal struggles, women led by example and taught me how to do better.

On election night, I was working. And because I’m a reporter, this meant that I had a front row seat to the grief and devastation and fear of Hillary Clinton’s most ardent supporters. Like so many of them, I had gone into November 8 thinking I was about to witness the election of our nation’s first female president. Instead, I spent the night interviewing crying, shell-shocked people—many of them young women—streaming out of the Clinton campaign’s public block party at the glass ceiling-covered Javits Center in Manhattan.

After hours of absorbing other people’s grief and fear—and swapping incredulous messages with my coworker who was camped out at Trump Tower for the night—I hailed a cab to go home. When we got back to Brooklyn and my company credit card failed to work, I burst into tears.

I had spent the two years leading up to the election writing about the intersection of gender and politics, and I was hoping to never have to type the words “grab ‘em by the pussy” ever again in my life. Alas. On that night, it felt like the engrained forces of racism and misogyny in this country had won, perhaps permanently.

The next day, it was back to work. Journalists don’t stop telling the story because it didn’t play out the way we thought (or perhaps hoped) it would. As Walter Cronkite once said, “Journalism is what we need to make democracy work,” and in the wake of the 2016 election, it became obvious just how much we needed our democracy to keep working.

So I threw myself into that work the only way I knew how: focusing on women’s stories.

On Inauguration Day, I sat at the National Press Club in Washington, D.C., with Ashley Judd and Congresswoman Barbara Lee, listening to their stories—the end result of that fateful dark room meeting with Lindsey a few months earlier.

“As difficult as today may be, because of who we are as women and people of color, and because of the fact that so many people paved the way for us to be, we should talk about how we’re gonna move forward and resist what’s to come,” said Rep. Lee to the crowd of hundreds of women and men. “I want us to figure out how we’re gonna fight back.”

Heading into the third month of 2018, it’s clear that Lee’s words were prophetic.

Women across the nation have responded to this Brave New World with strength and vision rather than complacency and silence. They have run for office by the thousands. They have unseated the men that had written them off. They have planned and executed the single largest-day protest in American history. They have mobilized to take their political party back. They have exposed the horrors wrought by powerful men who once seemed untouchable. They have said #MeToo, #MeToo, #MeToo. They have called BS on government inaction. They have found their rage and channeled it righteously.

On that gray overcast November morning, it was easy to feel empty. A year and five months later, it’s easy to feel hopeful. This fight shows no signs of slowing, and women are still leading the charge.

Emma Gray is a HuffPost reporter and the author of A Girl’s Guide to Joining the Resistance: A Feminist Handbook on Fighting for Good, which is available for purchase today.