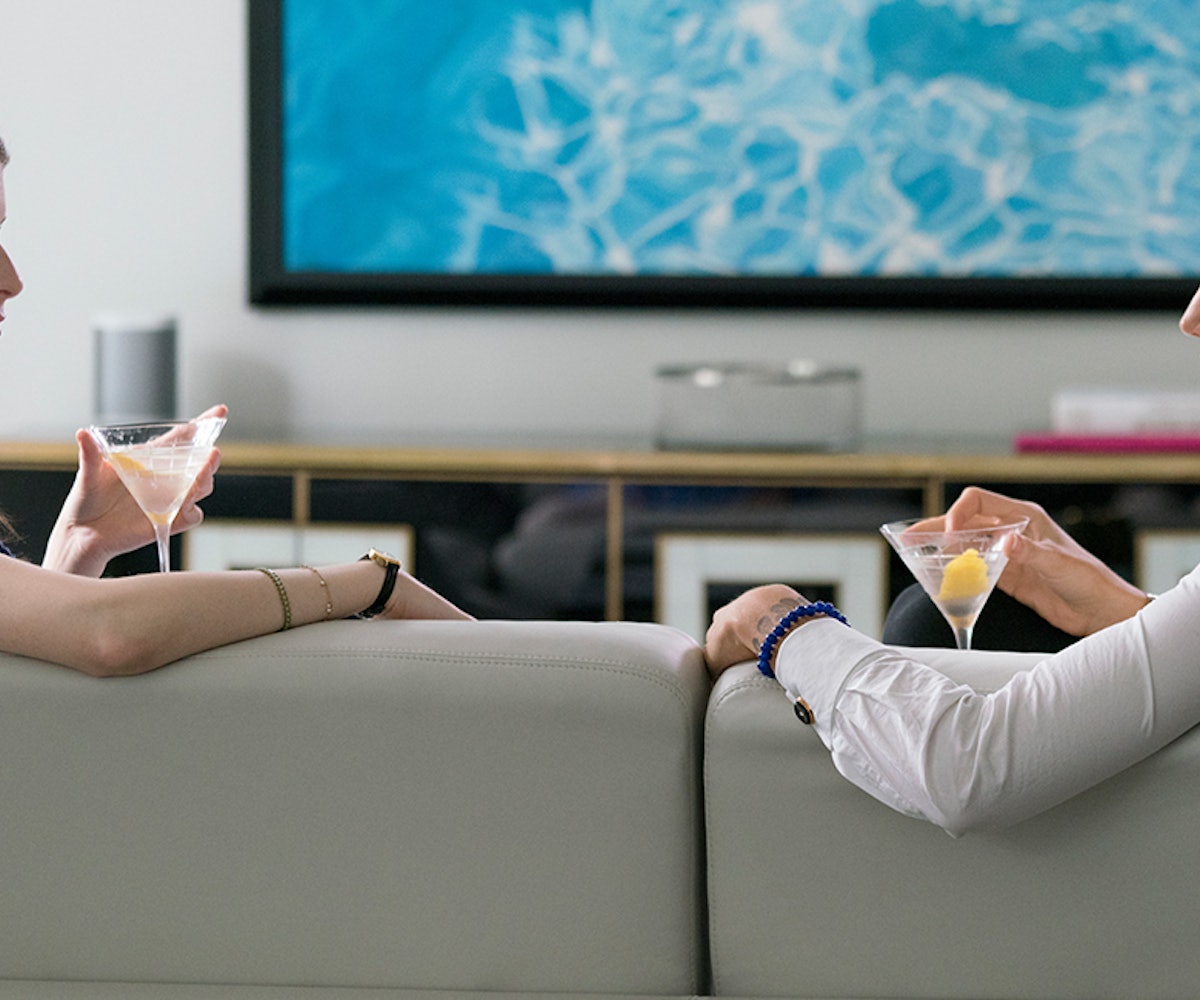 When Stephanie (Anna Kendrick) stares at fellow young mom Emily (Blake Lively), she doesn’t seem entirely sure what she’s looking at. Is Emily, who swans into kid pickup with little interest in classroom volunteering, impossibly glamorous, or just impossible to talk to? Is she a refreshing example of a give-no-fucks mom, in contrast to Stephanie’s try-hard fastidiousness, or is she actually kind of neglectful? Does she love her novelist husband Sean (Henry Golding from Crazy Rich Asians, cornering the market on posh handsomeness), or resent him? It’s Sean who seems to put his finger on it when describing his wife to Stephanie: She has a ghostly presence, never quite snapping into focus.

Paul Feig’s movie A Simple Favor, which is about the relationship between these two women, plays a similar trick, although ultimately less with Emily’s character than with Feig’s tricky, fascinating relationship to genres. Though most of his movies are broad comedies that play with genre, Feig remains resolutely uninterested in satire. Spy doesn’t really spoof Mission: Impossible or James Bond adventures, and The Heat doesn’t kid around with buddy cop conventions; they both just send the wonderful Melissa McCarthy in to upend clichés with her presence.

A Simple Favor comes closer than those movies to really inhabiting its genre—to making the laughs secondary. It’s not quite a comedy, though it has comic notes, even scene-ending gags. Despite Emily’s elusiveness and because of Stephanie’s fascination, the two become unlikely friends, drinking strong martinis and swapping secrets while their young sons play elsewhere in Emily’s spacious suburban home. Then Emily asks Stephanie to pick up her son from school and never materializes to collect him. She’s vanished, and though Sean initially chalks this up to Emily’s flightiness, he eventually shares Stephanie’s concern.

To say more about the plot of A Simple Favor, based on Darcey Bell’s novel, would spoil the surprises it starts springing around the 30-minute mark, and keeps on springing for the rest of its two-hour runtime, sometimes in ridiculously rapid succession. The twists are fun, but they’re not really the point; Feig remains steadfastly interested in complicated friendships between women, and this Gone Girl-ish mystery story allows him to explore those friendships with darker undertones. Kendrick turns the dial on her nervous energy to play Stephanie as seemingly more open and less sexily mysterious than her new friend, but both her performance and the material explore the boundaries between friendship, crush, and envy, amplified by her social status as an awkward, isolated grown-up nerd (a stay-at-home mom with a fledgling vlog, Stephanie basically aspires to aspire, and you can hear the hashtag in her voice when she says “momlife”). Emily is overtly mysterious in the manner of a femme fatale, but that quality is really just a heightened version of the mystery of other people lives—of how well you can really know the friends you make as an adult, with all of their weird baggage intact but hidden away.

A tone that slides back and forth from Bad Moms to Gaslight, and from Apatovian to Hitchcockian, would be slippery for any filmmaker, and Feig, ever the humanist, can only handle so much ostentatiousness behind the camera. In some ways, his direction has become underrated for its skillful way with actors, improvisations, and occasional sight gags punctuating the banter (there’s a terrific cut to Kendrick ferrying an oversized painting in her car), but he tends to go coverage-heavy for his dialogue scenes. Despite the Serge Gainsbourg music cues and occasional forays into suburban-noir imagery (Lively in a dark suit and hat, traversing the school parking lot in the train), the movie is only lightly stylish (though the costuming by Renee Ehrlich Kalfus is aces). The story’s revelations aren’t really teased out for suspense; sometimes, they emerge with comic abruptness, and there a few moments where Feig can’t (or won’t) summon the discipline to refrain from a big gag.

But A Simple Favor has enough interesting material about #momlife, frenemies, and women who can’t stop apologizing that its genre-crossing tonal weirdness becomes part of its charm. It’s largely absurd, yet Kendrick and Lively sometimes succeed in grounding the story’s airport novel outrageousness, right from the thick of it. In a way, they’re each playing women attempting to model themselves on their own star personas: a supermom who’s a motormouthed Anna Kendrick type, and a cool mom who’s as glam and alluring as a Gossip Girl star. The payoffs may be a touch too conventional for the movie to flow as effortlessly as Lively rocks a weirdly revealing suit jacket, but this is a pretty neat comic thriller about women sizing each other up and figuring each other out.