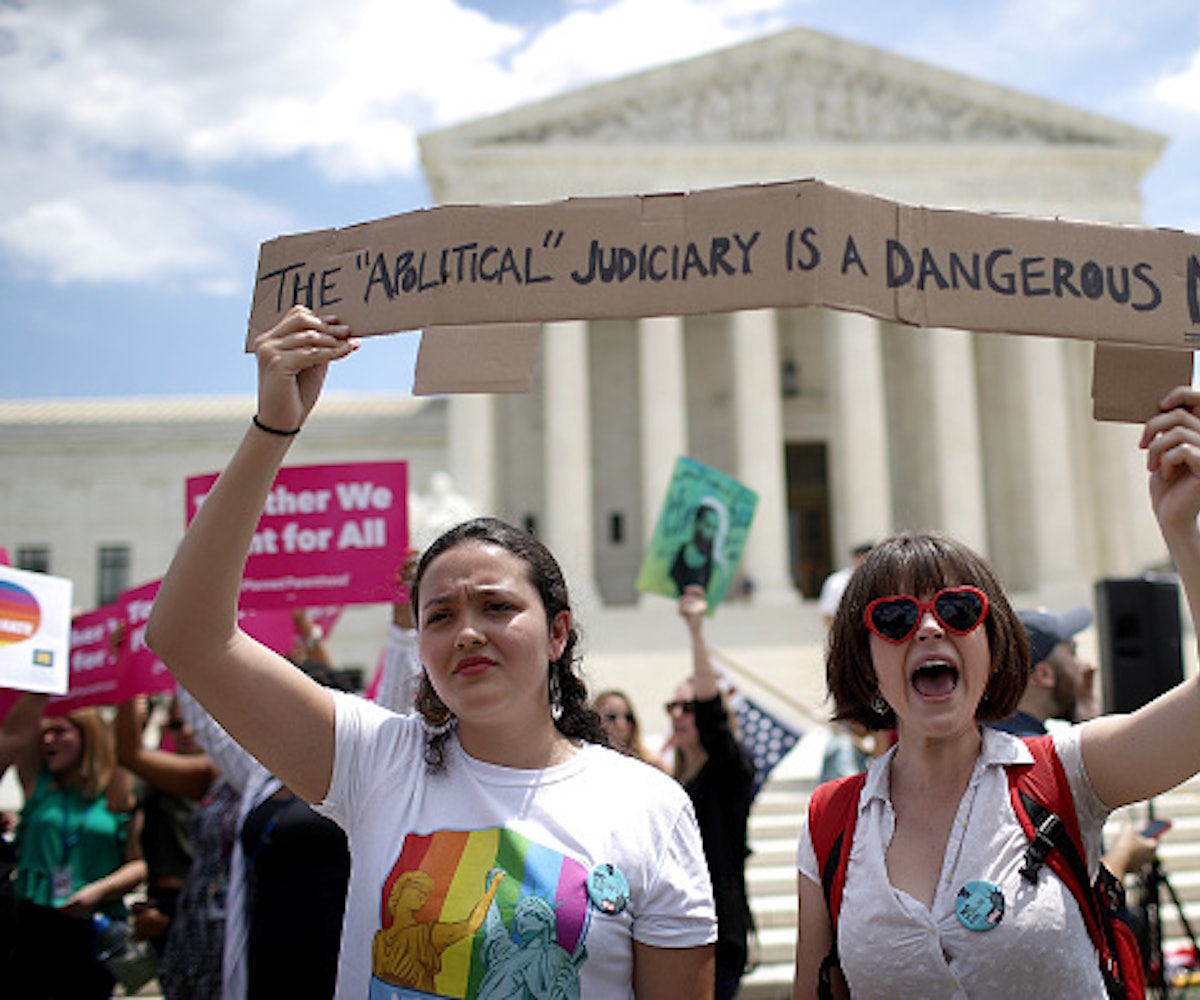 As has become routine in the last 18 months, today brought the kind of catastrophic political news that should leave every right-minded American terrified for their future: Supreme Court Justice Anthony Kennedy announced his retirement.

In his tenure on the court, Kennedy has been the swing vote on many momentous court decisions and, as The New York Times reports, the "the court’s leading champion of gay rights, and he joined the court’s liberals in cases on abortion, affirmative action and the death penalty." Though undoubtedly a moderate, and certainly veering conservative when it came to cases related to big business (Kennedy wrote the majority opinion in Citizens United, which the Times reminds us "allowed unlimited campaign spending by corporations and unions"; and Kennedy also helped install George W. Bush in office in the 5-4 Bush v. Gore decision following the 2000 election), Kennedy's more liberal attitude toward social issues meant that, as long as he was on the court, abortion rights and affirmative action could not easily be threatened. Now all that is gone.

Donald Trump toadies, like Mitch McConnell, have already confirmed that they will be trying to get a new, conservative justice by this fall, all but guaranteeing that there will be little to no hope for any progressive victories in cases brought before the Supreme Court in the near future. And since both Trump and Mike Pence ran on a platform which promised to work toward overturning Roe v. Wade, there is good reason to fear that abortion rights are in danger of being taken away from much of the United States.

There is some faint sliver of hope in this dreary situation: It is possible that Congressional Democrats will block every single last one of Trump's nominees, and prevent them from being confirmed. (Hey, it's what McConnell did to Merrick Garland, President Barack Obama's nominee to replace Antonin Scalia.) This will require a departure of "civility" from the Democrats, but it's a good way of gauging their morality. Then, too, abortion rights will still be recognized on a state by state basis, as they were pre-Roe. But that sets even more firmly in place a two-tier America, in which only the privileged have access to the kind of medical care that should be available to all. Of course, this already exists to a large extent, with millions of women across the county not having ready access to abortion providers, and so, if anything, Kennedy's retirement is a reminder that these women are already disenfranchised in their own country—but it's bound to get worse.

It's understandable to despair right now, but there are many ways in which we can take charge of our present and future, and work against the people who want to take away women's agency in matters of health care—and so much more. First, consider donating and volunteering at Planned Parenthood or other local women's health clinics. And for women who live in parts of the country where their rights are relatively secure, and who have the means to do so, consider traveling to places like Missouri and Mississippi and North Dakota, where there are limited resources for women who are looking to terminate pregnancies, or who have other pressing health care issues. Volunteer at clinics there, help women with things like transportation and company.

And finally: Get an IUD. There is no point in risking an unwanted pregnancy right now. An IUD is one of the most effective (over 99 percent) methods of preventing pregnancy and can last for 10 years, meaning it will definitely outlive the Trump presidency (hopefully, by about 9 years). Get an IUD so you have one less thing to think about as you fight against this administration's draconian policies; get an IUD because it will feel good to have a moment of asserting agency over your own body, which is your right—no matter how many elderly men are currently trying to take it away from you.