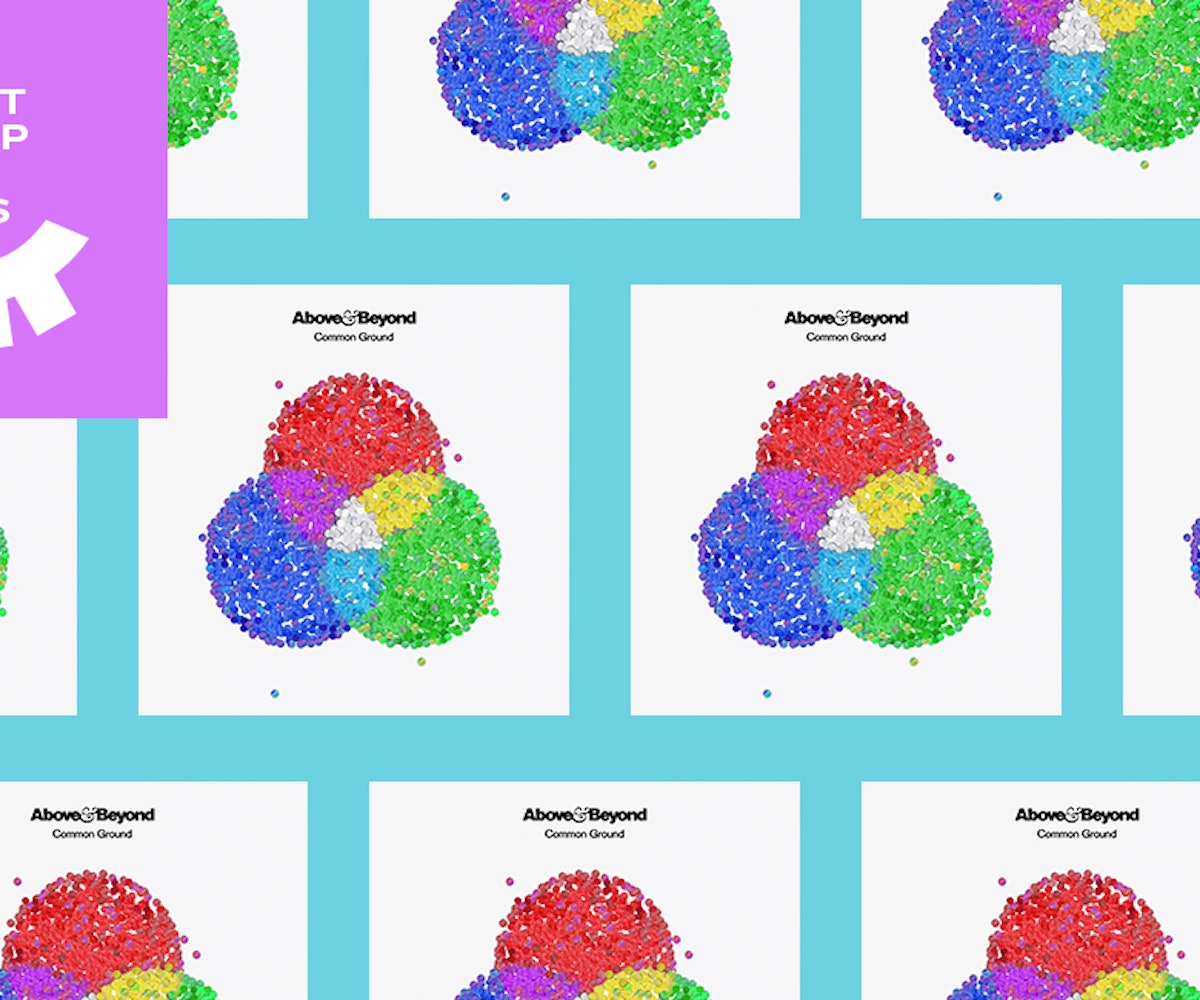 Life begins at midnight. There's a certain magic that breathes new energy into the dark hours illuminated by neon and the glow of street lights. Creatures from all walks of life—fashion, art, business, finance, and more—convene at watering holes that vibrate with the energy of possibility. With the cares of the previous hours behind them, they're free to be whoever they want to be. The guiding vibrations of the music that surrounds them facilitates that transformation. If you've been out at all in the past 18 years, chances are Above & Beyond has been that guide at one point or another—though you may not even have realized it.

The English trio just released their fourth proper studio album, Common Ground. That's not necessarily news to the die-hard dance and trance scene as it continues to shine on those respective charts, but the rest of the world needs to wake up to it. Common Ground is the sound of yesterday, today, and tomorrow. Living legends in their own right, Jono Grant, Tony McGuinness, and Paavo Siljamäki have created a listening experience that breaks from the stuff on the radio in favor of finding the sublime, aka the root of all electronic music.

"We want to create a space for escape and total body freedom," McGuinness said en route to the band's show at Barclays Center. Seeing the phrase "I came in search of answers to questions I can't find" flash on their stage screens becomes an extension of that journey. Through songs like "Happiness Amplified" and "Naked," Above & Beyond take listeners to the cosmos, high above the world where the answers may be—even when listening to them through headphones. The answers, though, aren't the goal. Instead, the goal is the moment and also the place the music takes us. Above & Beyond achieve that in spades through repetition and compositions that soar to the heavens while remaining grounded in their bass elements.

To Grant, the buffet culture of today's scene has shortened attention spans and added an extra challenge of capturing people's attention. Though it wouldn't be considered odd a decade ago, what Above & Beyond do, by ditching the formula pop radio has bastardized, takes patience. It's that decision, however, that makes Common Ground such a prolific album for 2018. It's free of "the frat bro shit," as McGuinness says. "We're DJs first, not EDM artists."

As such, they have the power to take control of the night, orchestrating its highs and lows through their music. The listening experience of going from "Is It Love? (1001)" to "Cold Feet" to the transcendent drop in "Tightrope" is an exercise in stamina, one that's tender and intimate and incredibly holy. When experienced in a room, the feeling is amplified by community. "Life is made of small moments like this," the band said. Indeed. The common ground, the physical and mental space where inhibitions are thrown to the wind, is a tangible thing. All you have to do is press play.

NEXT UP
Entertainment
Taylor Swift Revealed Another 'Midnights' Track Name
Entertainment
Paramore Finally Has A Release Date For New Music
Entertainment
NCT 127 On '질주 (2 Baddies)': "I Think We’ve Truly Shown Who We Are Now"
Entertainment
Getting Ready With Pale Waves For Their 2022 New York City Concert