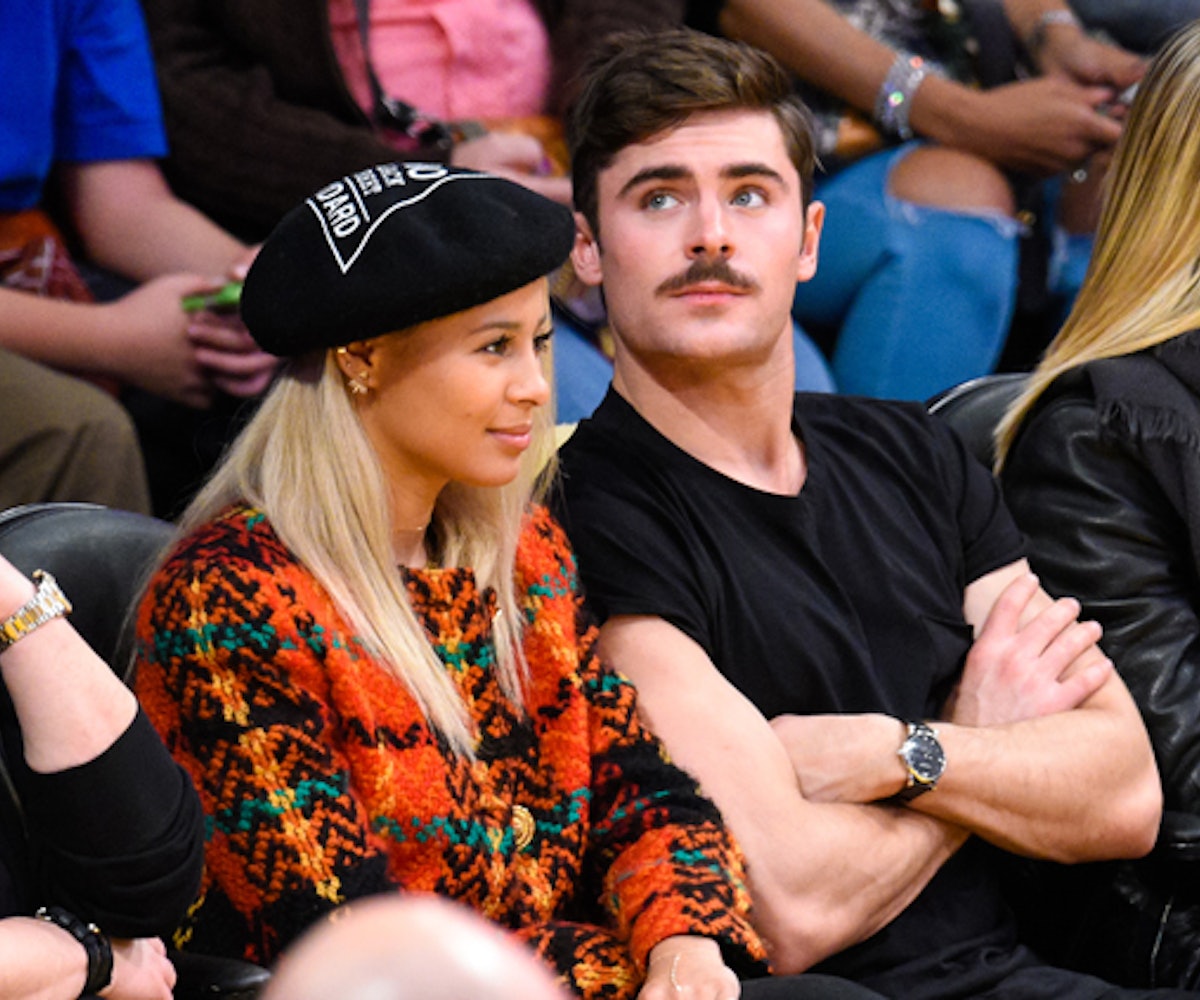 There are lots of things Zac Efron can do that we, mere mortals, cannot.

The man looks like an Abercrombie & Fitch catalog composite when shirtless, he goes on glamorous yet confusing vacations with Michelle Rodriguez and rando Italian businessmen, he may even grow up to be Matthew Perry—but there’s one thing about the 27-year-old actor you might just be able to mimic: his mustache.

Efron had his new facial hair on display at a Lakers/Thunder basketball game on Friday at Los Angeles’ Staples Center, which he attended with girlfriend Sami Miró. Should you wish to replicate the 'stache, which one might accurately describe as the “your friend’s hot dad who might be low-key flirting with you but you’re not sure but you’re just gonna put on D’Angelo’s ‘Untitled (How Does It Feel)’ and see what happens,” here’s an easy step-by-step guide you can follow.

Then, lather up with Malin+Goetz’s Vitamin E Shaving Cream using your Omega Hi-Performance Synthetic Bristle Brush. (Real badger-tail brushes are upsetting and cruel. Why would you make Zac Efron cry?) Commit the mustache shape to memory, and use your Merkur 38C razor to make that dream reality.

Weep audible at your success.

Step Three: Realize You Are Not Nor Will You Ever Be Zac EfronShave your mustache immediately. Weep silently at your failure.

NEXT UP
Entertainment
The 2023 Met Gala Theme Is Karl Lagerfeld: A Line In Beauty
Entertainment
Lana Del Rey's Best Collaborations
Beauty
Olivia Cooke’s Beauty Evolution, From Indie Ingenue to ‘House Of The Dragon’ Queen
Beauty
September 2022’s Best Beauty Launches Will Keep You Cozy And Cute Throughout The Fall