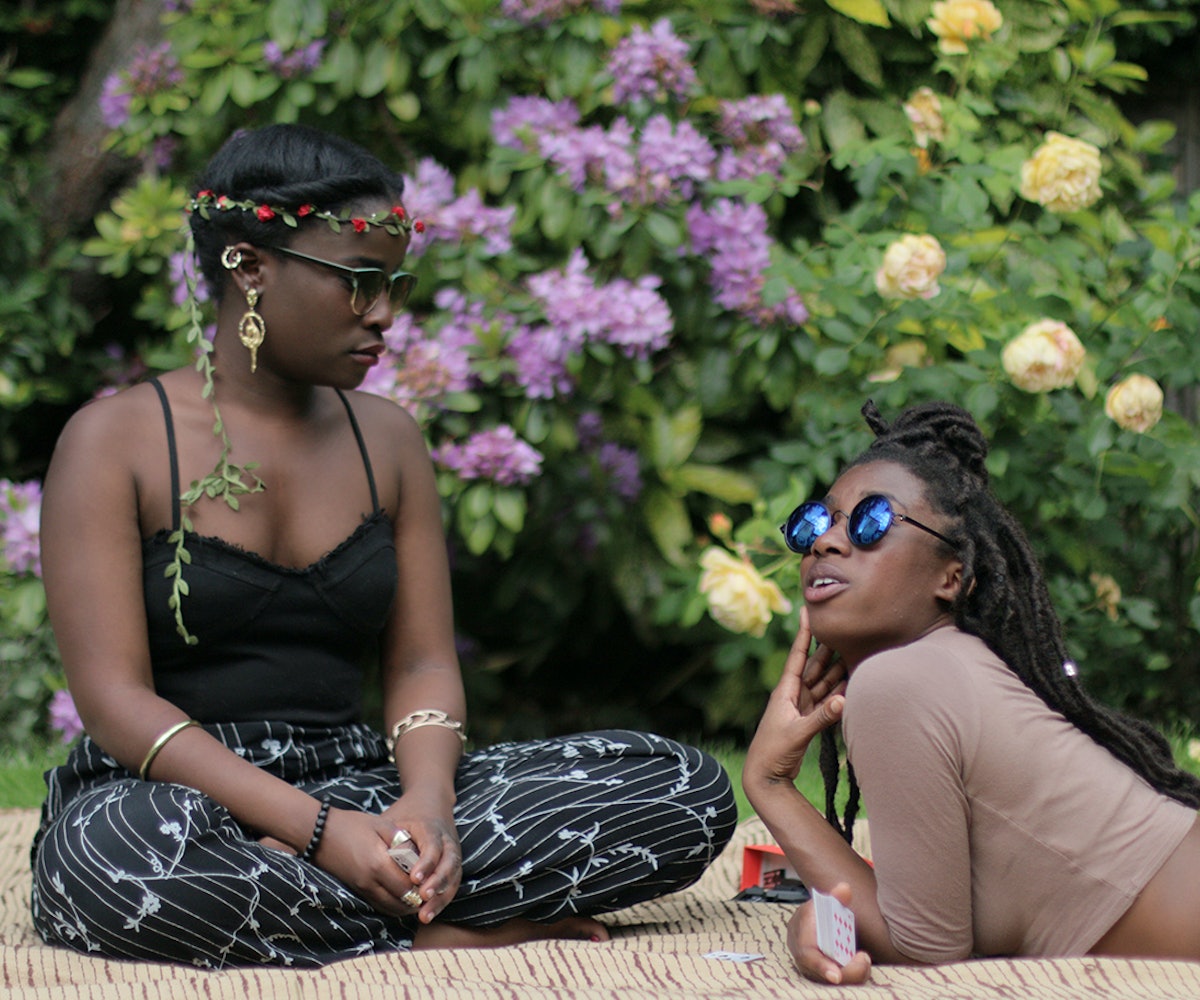 Traditionally speaking, ackee and saltfish is a dish from the Caribbean. Lately, though, the name has been rolling off everyone’s tongues thanks to the British-Jamaican filmmaker Cecile Emeke and her new London-based web series, Ackee & Saltfish. Following the release of the original short film last year, the first episode of the series launched on February 22.

So far, all three episodes have captured a different daily interaction between best friends Olivia (Michelle Tiwo) and Rachel (Vanessa Babirye). It has been compared to Broad City, mainly because it’s a comedy starring two single twenty-something women, but other than that, the shows are literally worlds apart. Women have made huge strides in mainstream television this past year, but there still aren’t enough shows that project posivites images of, healthy female friendships in the black community. Ackee & Saltfish fills that void while also drawing attention to important issues that tend to be ignored in both the U.S. and the UK like gentrification—it's also really entertaining.

Olivia and Rachel typically engage in witty banter about black celebrities, but sometimes their candid conversations get heated just wait until you watch the “backbread” episode. Through their conversations, Emeke touches on important elements of black culture, inspired by her own experiences. The filmmaker further elaborated on the concept of her series in an interview with The New York Times:

“‘It’s very conversational in style, and there are a lot of intertwined themes in there, from religion to race to gentrification to popular culture and so forth. That’s definitely a reflection of my reality. With my loved ones, our conversations might start off as a random debate about whether meat is bad for you or not, then somehow meander to outrage at the neocolonialism happening throughout the world...”

From the outside looking in, you’re not going to get every joke, but the authenticity in the delivery makes every conversation all the more relatable. In a world where we're limited to choosing between Black-ish and Empire, Ackee & Saltfish is the millennial voice of reason. There is no singular black experience—every black person has their own story to tell—but there are definitely instances that we can collectively identify with.

Whether you’re from East London, the east coast, or anywhere else, Ackee & Saltfish will feed your binge-watching cravings and teach you some new culture cues. (I mean, Dalston is kind of like our version of Bushwick, and we’ve all been there at some point...)

Watch the hilarious trailer for Ackee & Saltfish below and catch the rest of the episodes on YouTube. (There are only two more episodes left this season!)

NEXT UP
Entertainment
Netflix's 'Dahmer' Criticized By Victim's Families
Life
ask a witch love spells
Life
Manifesting Your Best Life By Working With Spirit Guides
Entertainment
The Meaning Behind Paramore's Disillusioned Anthem, "This Is Why"