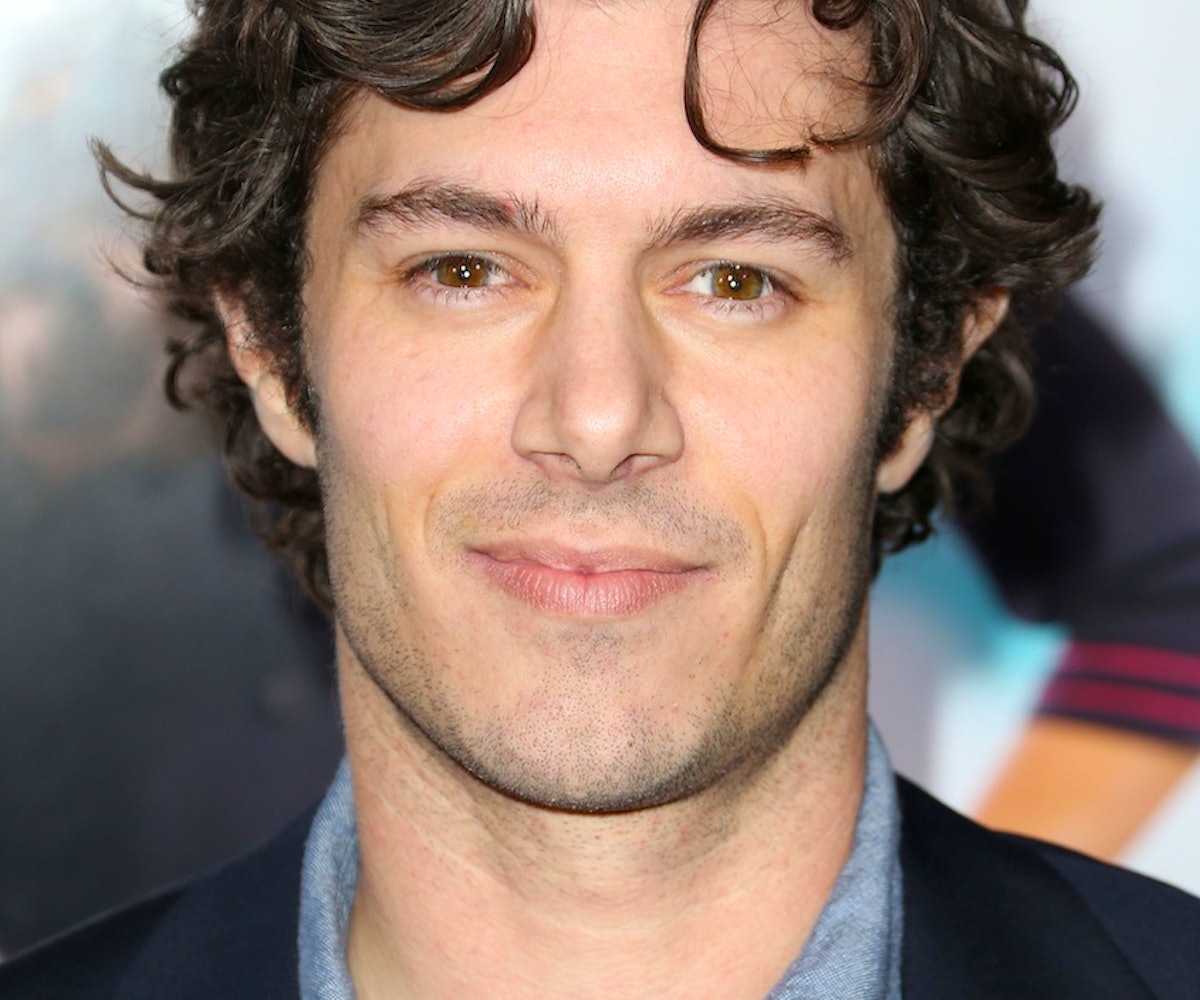 Adam Brody will forever be remembered in our minds as The O.C.'s lovable Seth Cohen--so much so that it's hard to believe a whopping 10 years have passed since Seth--sorry, Adam--first graced us with his Chrismukkah sweaters and epic one-liners. But with a new project, Welcome to the Jungle (alongside Jean-Claude Van Damme), a cameo on New Girl, and several more movies on the horizon, the actor has been busy since the show ended back in 2007.

So even though we might not catch him every week alongside Summer, Ryan, and the rest of the California crew, that's OK...there's always the DVDs to re-watch, right? Just in time for The Jungle to hit theaters, we chatted with Brody about his real-life survival skills and where he thinks Seth Cohen is now. (Just a warning: prepare yourself, because it's not what you think....)

In Welcome to the Jungle, your character has to learn some survival skills. How are yours in real life?

I have very little survival skills in the sense that I couldn't build a fort or anything. I'm not very good at fishing, or making fires. I would probably try to form some alliances, though, and play the game that way. With politics.

Hey, that's what seems to work on Survivor....

[Laughing] Exactly. I'd go by that.

What do you do when you're not working?

I feel like I should be doing more of everything, but I tend to hang out at home with my dogs. I like to catch up with movies, and reading, and I like doing some sort of physical activity. I've amassed a nice group of friends over the past 13 or so years in LA, and it's hard to stay in contact with people. So I try to see everyone on my days off.

What are you reading right now?

Right now I'm reading this book called The World Until Yesterday, and it's about comparing and contrasting the early hunter-gatherer society with ours. It sounds boring, but it's really interesting. It's mostly about what we can learn from the past, and how we can do better.

Tell me about your new movie Think Like A Man Too. How was it filming in Vegas?

Well, it was the summer and it was during a record heatwave. I remember one time we had a night shoot and everyone was burning up...even at like, 3 o'clock in the morning it was so hot. The experience was great, though, and it was so fun to see Kevin Hart do his thing and improvise.

You've played a lot of different parts, but what would your dream type of role?

This is a real fantasy scenario, but I like to box. It's the workout I've been doing for the past few years, and although I would never make the claim to be tough, it'd be cool to do a film that required boxing. Something so I could take this skill I'd acquired and apply it to acting.

Considering The OC just celebrated its 10th anniversary, in your mind, where is Seth Cohen now?

If I had to predict, I'd say Seth Cohen is dead.

Wait, what?! You know you're breaking a million hearts right now, right?

I think he'd be going down to Mexico and probably had a bad car accident. It wasn't any fault of his own, but yeah, knowing what I know now about Seth and his poor decision-making, that's my guess.

I was going to ask you what bands you thought he'd be into these days, but if he's dead, then I guess that doesn't matter...?

No! [Laughing] I mean, he's probably hanging out in heaven watching Jimi Hendrix and Lou Reed live. He's probably getting the best concert ever!

Welcome to the Jungle debuts in theaters and VOD February 7.