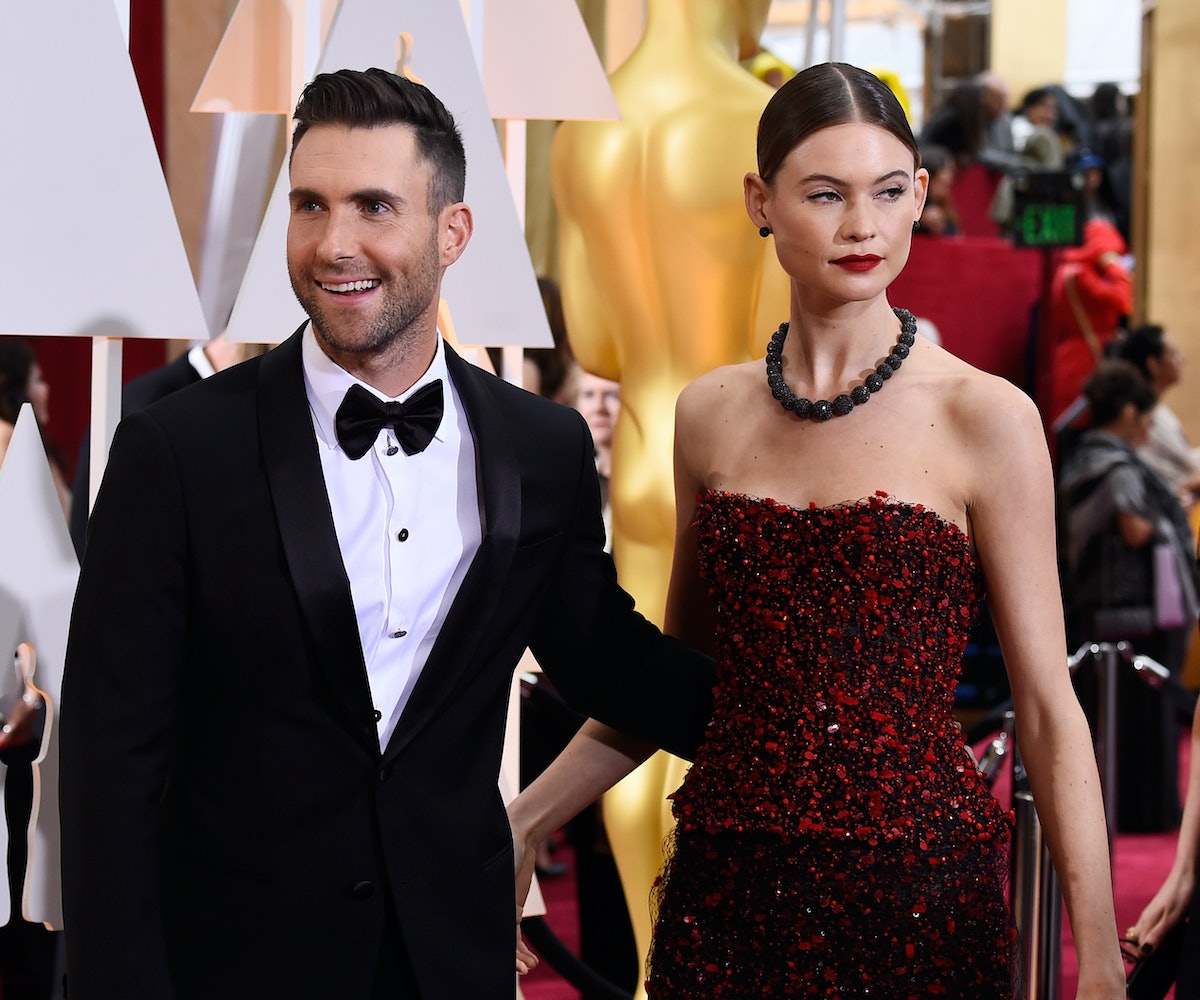 You already knew that ultra-cool couple Behati Prinsloo and Adam Levine were expecting their first ultra-cool baby. What you didn't know was the sex of said child, which has probably made your "Guess Adam & Behati's Baby's Name" office pool quite challenging. In an effort to help you in your quest for extra lunch money, multiple sources have spilled the beans to E! News. Adam Levine and Behati Prinsloo are having a baby girl!

Because unisex names are very on trend, especially in the world of celebrity child-rearing, the news probably won't really help your baby name-predicting abilities. It does, however, make the baby shower-planning for the parents-to-be a whole lot easier. According to sources, Prinsloo and Levine are also selling their New York and Los Angeles homes in search of something more suitable for raising a family.

With Behati five months along in her pregnancy, expect Behati Jr. (that's what we're calling her for now), to enter the world just as summer winds down. You can bet North West has already circled that general timeframe on her SpongeBob SquarePants calendar, because that's when the battle for most stylish celebrity baby really begins.

May the coolest baby win.