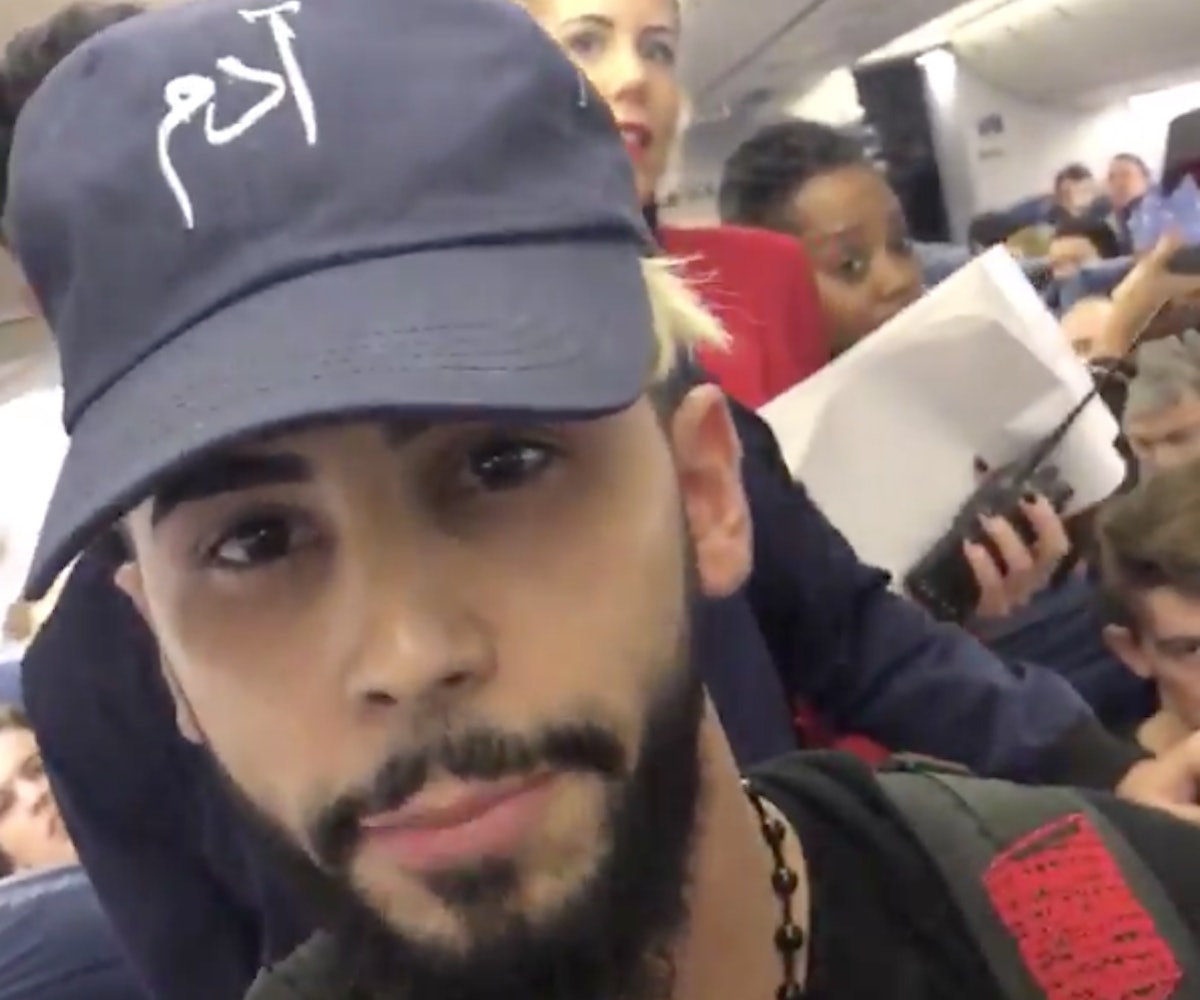 Today, YouTube star Adam Saleh boarded a Delta plane from London to New York. Instead of going through the motions of traveling, him and another passenger, Slim Albaher, were escorted off of the flight for speaking Arabic.

Saleh documented the incident on both Twitter and Periscope. “We spoke a different language on the plane, and now we’re getting kicked off,” he says in a video. “This is 2016.” He goes on to explain that, while talking with his mom before takeoff, some passengers expressed that they felt uncomfortable.

Delta has issued a statement confirming the incident. “Two customers were removed from Delta flight 1 departing London-Heathrow today after a disturbance in the cabin resulted in more than 20 customers expressing their discomfort,” a post on Facebook reads. “We take all allegations of discrimination seriously and we are gathering all of the facts before jumping to any conclusion. Our culture requires treating everyone with respect.” Saleh and his friend were eventually rebooked on another flight, with a different airline, according to his Twitter account.

Some are claiming that, because Saleh is known for his pranks, this is one of his hoaxes. But, in the video he posted on Twitter, you can clearly see several white passengers waving and saying "bye;" a middle finger is even thrown up by one. Those deplorable reactions don’t seem very staged to us. His manager also confirmed to BuzzFeed News that the situation is, in fact, “as real as it gets.”

To add more fuel to the fire, Delta has a dark history of discrimination. Back in October, Delta crew members wouldn’t allow a black woman to help a passenger in need because they didn’t believe she was a doctor. When an Arab-American Muslim woman and her child were harassed by a fellow passenger in February 2015, they, not the individual doing the harassing, were sent to the back of the plane. And earlier this month, one black woman was, literally, dragged off of a flight because of her allegedly “huge attitude.” And these are only from the past year.

These incidents of blatant racism and discrimination have been spreading like wildfire in the disturbing age of Trump’s America—and they’re unlikely to stop. In fact, they’ll probably get worse. What we can and should do is speak up. Use your voice if you witness episodes like this happening, boycott companies that stand idle (Olivia Wilde and Moby are some who have voiced their decision to #BoycottDelta), and push back against hate. If you stay silent, you’re part of the problem.