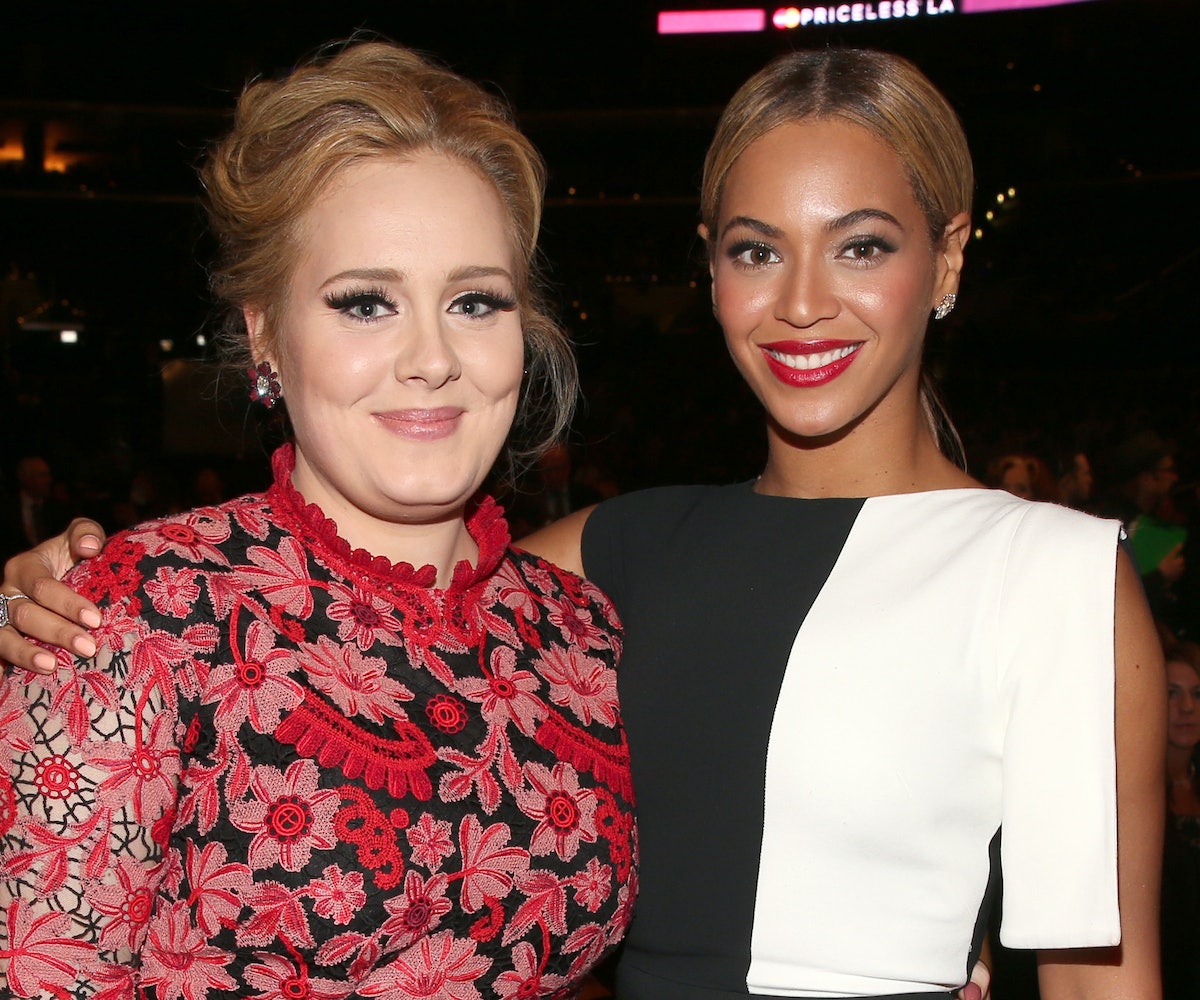 What would happen if Beyoncé and Adele ever did a duet together? Would all other pop stars just hang them up because what's the point anymore? Would there be mass flooding from so many tears of joy? Would the universe just fold in on itself? According to a new report from Heat magazine, we were so close to finding out.

"Bey has been asking Adele for a year to join forces," a source told the magazine. "She went into the studio with Adele at the end of last year and tried to convince her to collaborate on a track. Adele turned down the offer, so now Bey is putting the song on her new album instead, which everyone is saying will drop before the end of the year."

The veracity of the report should be taken with a grain of salt, because nobody snubs Beyoncé. But come to think of it, if anyone can get away with saying no to Queen Bey, it's Queen A.