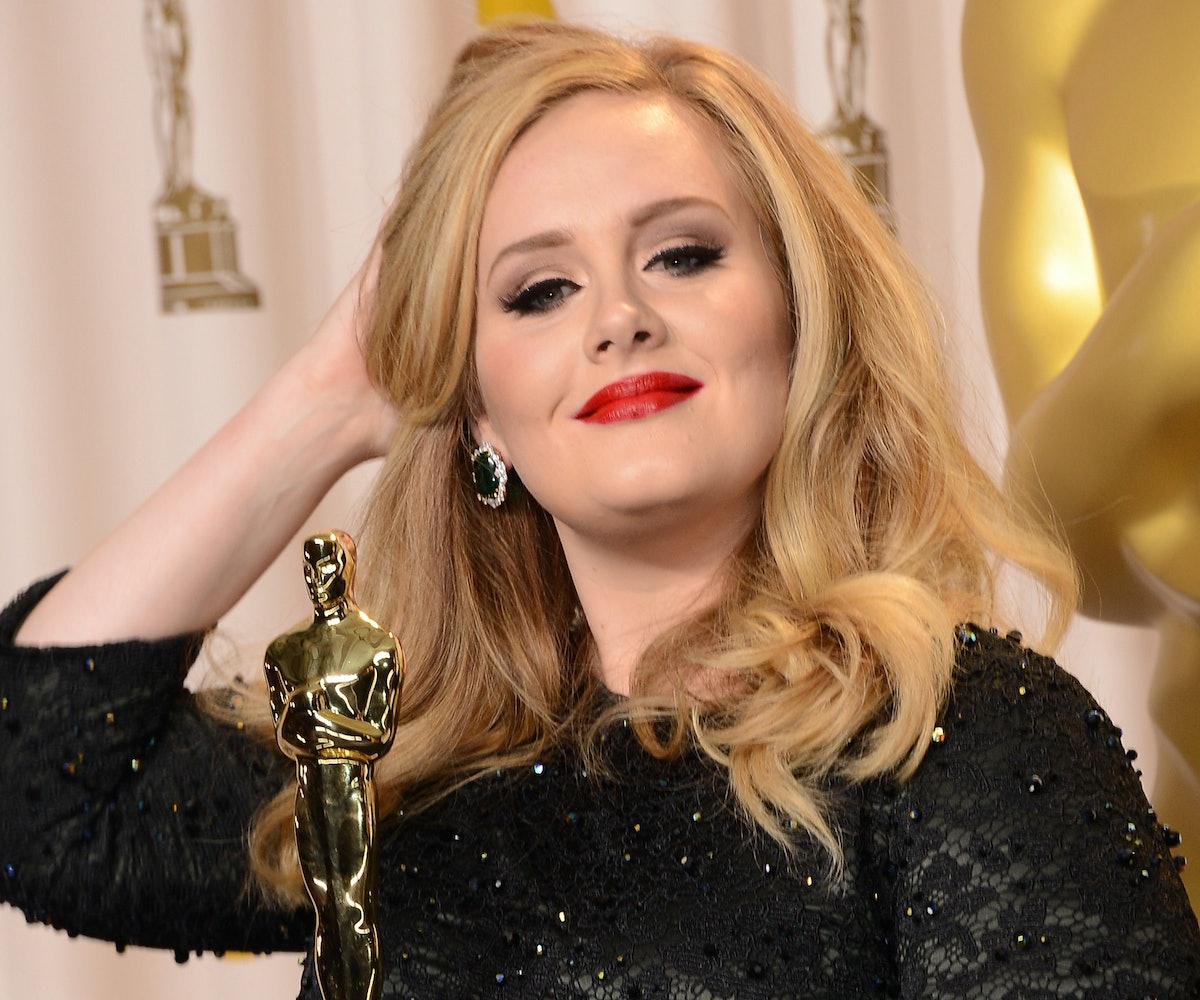 It's been ages since Adele has released any new music—four years have passed since the iconic 21 album dropped—but that all changed during a commercial break on X Factor in the UK on Sunday. The 27-year-old singer teased a snippet of new song in a 30-second lyric video clip. OneRepublic tweeted "Adele :)" after the advertisement broadcasted, confirming that this is 100% the real deal.

The song marks the Grammy award winning singer's first musical release since 2012's "Skyfall," so this is pretty exciting to say the least. If this teaser is a preview of what's to come on Adele's next album, then it will certainly not disappoint. There still aren't any confirmed details regarding her third full-length record—although Billboard reported that her label, XL Recordings was planning on releasing it sometime in November—but based on this soulful tune alone, it seems like it'll be worth the wait.

Until then, watch the clip in the tweet below.