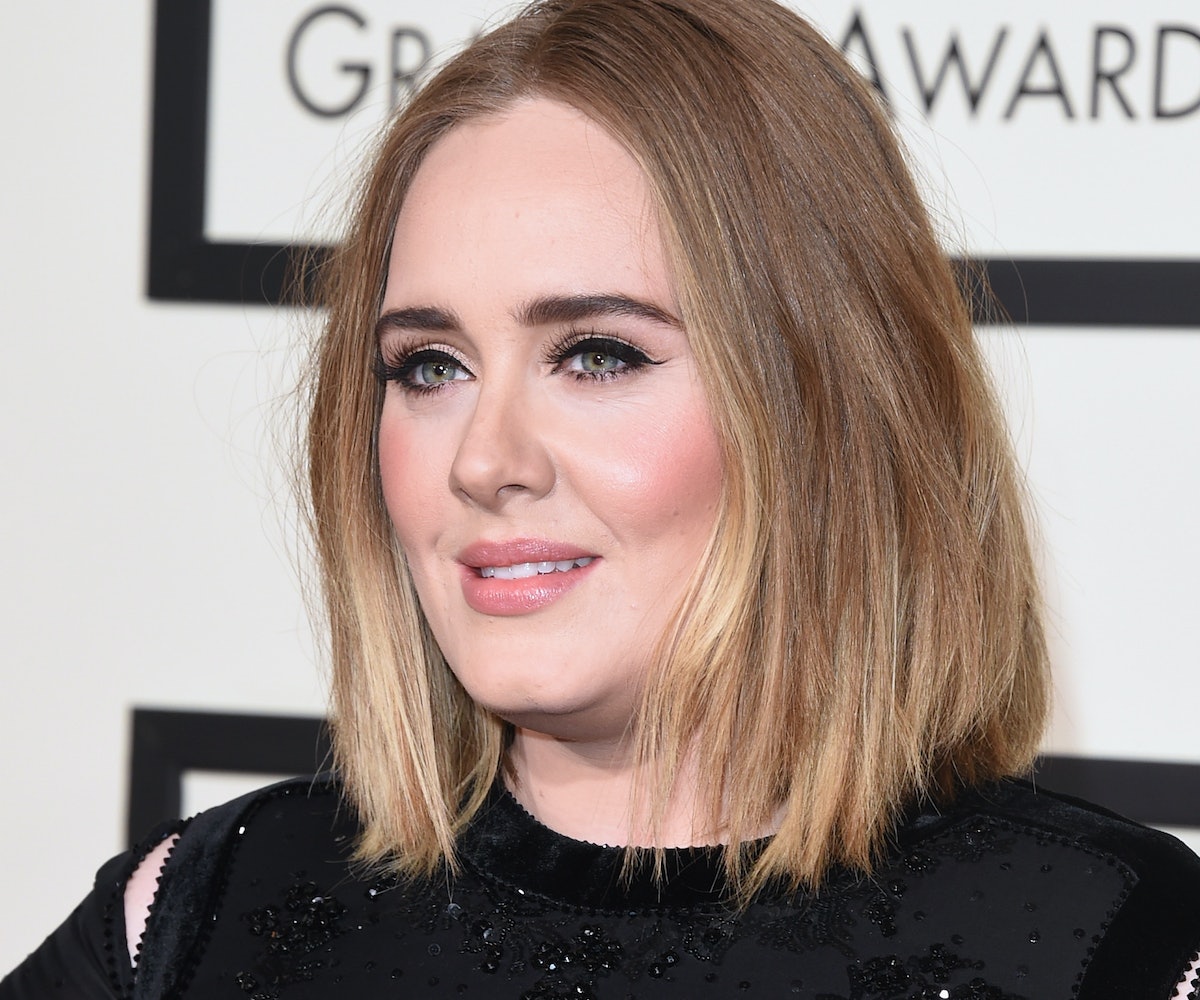 We already know she has one of the world's best voices. Time and time again she's showed us her winning sense of humor, too. And now we know that Adele might just be the best mom ever. After her controversial performance at the Grammy Awards, Adele and her boyfriend Simon Konecki took their son Angelo to Disneyland in Anaheim, California. Judging by the photos posted by some fellow park patrons, music's royal family had the time of their lives.

That especially goes for Angelo, who was dressed up as his (presumably) favorite Disney princess, Anna from Frozen. While some parents may have taken issue with their son masquerading as a female fictional character, Adele simply doesn't subscribe to a heteronormative belief system. Angelo might not realize it yet, but he's a very lucky boy.

So shut it down people, because Adele just took home the award for "Coolest Mom of the Year," and it wasn't even close.

NEXT UP
Fashion
What The Best Dressed Celebs Wore To Milan Fashion Week
Life
Demi Lovato Slams Child Stardom
Entertainment
Hailey Bieber Says "It's All Love" Between Her And Selena Gomez
Entertainment
Relive ‘00s New York With Yeah Yeah Yeahs, The Strokes In ‘Meet Me In The Bathroom’ Trailer