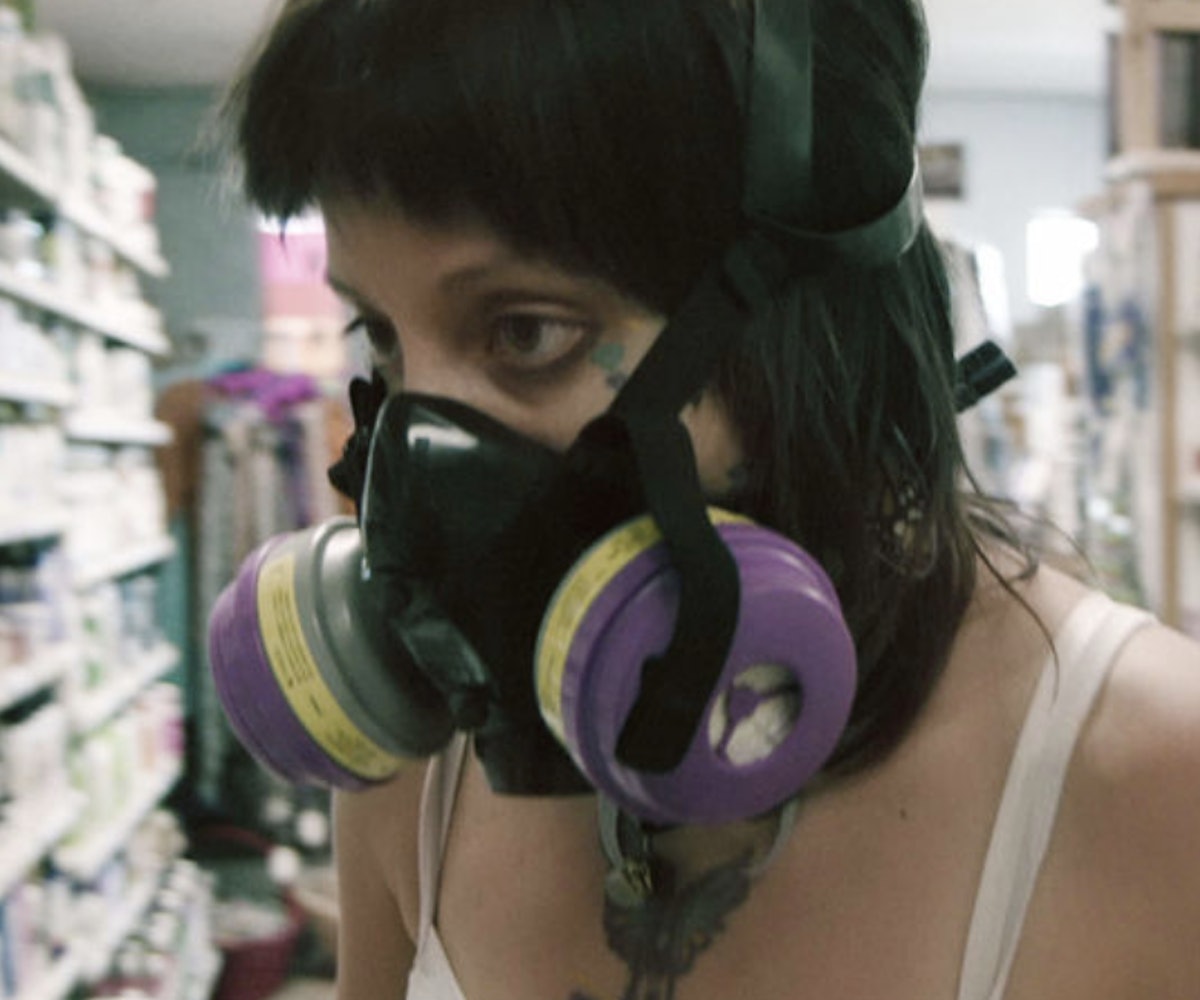 When Netflix’s docu-series Afflicted premiered last month, it was billed as an empathetic look into the lives of seven people battling misunderstood chronic illnesses. However, soon after, critics of the show and members of the chronic illness community began to argue that Afflicted was anything but compassionate, and rather than being an objective documentary, had a specific agenda of its own.

At the center of this discussion was L.A.-based Doc Shop Productions, the company run by Emmy-winning producer Dan Partland, an Intervention alum who also happened to helm the creation of Afflicted. But what exactly did Doc Shop do that resulted in the series being decried as a sensationalist "freak show?" According to show participants, in addition to inconsistently editing their stories, Afflicted also unfairly questioned the validity of many of their illnesses, even going so far as to insinuate that they are possibly psychosomatic, and implied that the people featured on the series had problems that were "all in their heads."

The criticism of Afflicted reached its apex after several show participants aired their grievances via a series of open letters. Independent of Doc Shop, six individual cast members found each other via social media and, in September, launched a campaign to bring awareness to what they feel was their unfair treatment on Afflicted. Unified by the feeling that Doc Shop’s producers had left out crucial aspects of their stories, including pertinent testimonies from doctors familiar with their cases, they argued that Afflicted’s flawed handling of such nuanced, complicated, and deeply personal issues was exploitative and irresponsible—a feeling that was shared by the nearly four dozen artists, activists, and medical experts who signed an open letterasking Netflix to remove the show from its service.

“There's lots of science, I mean it's ridiculous,” Dr. Janet Dafoe, a psychologist who signed the letter to Netflix, told us over the phone. “It's malpractice to say that it's psychosomatic, [especially since] there's lots of data that shows that there are things wrong with these people.”

For Dr. Dafoe, Afflicted’s missteps are personal, as her son has a severe case of Myalgic Encephalomyelitis/Chronic Fatigue Syndrome (ME/CFS), a disease which is touched upon in the show. Combined with the fact that her husband, Dr. Ron Davis, is one of the most prominent ME/CFS researchers in the world, Dr. Dafoe said she was “flabbergasted” by the entire thing. Comparing it to a “circus,” Dr. Dafoe had problems with Afflicted as both a medical professional and parent with firsthand knowledge of the disease, especially when it came to the show's use of “expert” testimonials from medical professionals speculating on cases of people they had never met.

“They managed to get a lot of people talking, and every one of them was alternative and psychiatric, and none were good scientists,” Dr. Dafoe said, before theorizing that Doc Shop had “an agenda” from the start. Of the way in which the show's narrative developed, Dr. Dafoe asked, “How is that an accident?” She continued, “Especially when they've had all the data from the regular doctors and the science tests that all these people had had and the scientific meetings? I'm afraid I don't think that was an accident.”

Not only that, but as participant Jamison Hill told NYLON over email, it was obvious from watching the series that the producers valued “sensationalism over cohesiveness and an informative narrative.”

Hill, who also suffers from ME/CFS, says his initial goal was simple: He wanted was to participate in a project that would tell his story, spread awareness about the severity of ME/CFS, and highlight how research surrounding the disease continues to be severely underfunded. So when Doc Shop approached him with a pitch about a “documentary series looking at undiagnosed chronic illnesses through a compassionate lens,” Hill was eager to sign on.

Similar to Hill, participant Pilar Olave was thrilled to hear about the casting call from a friend, as she believed the project’s promise that it would help people understand “what I have been through and what many others around the world have also experienced.”

“I knew my story had a purpose and that all the pain and suffering that I had endured had a meaning,” Olave wrote via email. “Others would be able to be aware of the impact of toxic exposures and prevent them, others would feel supported, understood, and know that they are not alone.”

However, the result was so shockingly counter to what they both expected that it ultimately morphed into something that Olave refers to as “a chronically ill person’s worst nightmare.”

Olave—who says she’s been dubbed “the most hated character” in Afflicted—suffers from Multiple Chemical Sensitivity, which, according to her doctors’ reports, is “related to chronic and cumulative exposure to leaking gas at her home.” However, she claims that the Doc Shop team “manipulated scenes, edited words, and took quotes out of context,” all while failing “to explain my illness and the cause of my illnesses.”

“Instead, the film spends its time painting me as the evil, mentally ill wife,” she told NYLON. “The filmmakers explicitly told me it would be a documentary. I wasn't told that my story was going to be made into a plot from a telenovela, that I would be turned into a monster at the end and bullied as a result.”

When NYLON reached out to Netflix about the controversy, we were referred back to a previously issued statement from Partland, in which he says Doc Shop is "saddened and upset by some of the reaction to the series.”

“Our intention was to give the world a compassionate window into the difficulties of patients and families suffering from elusive and misunderstood illnesses, to humanize their struggle, and to show that struggle in all its complexity,” Partland said before praising the participants’ “courage.” "The conditions they, and others, are suffering from are real and deserve more attention and a more thoughtful discussion."

But for Hill, that's not enough—he doesn’t believe Partland or anyone else on his team “truly realize the damage they’ve done.”

“I don’t care about [an apology],” Hill said, pointing toward this being a common thread connecting Partland’s productions. “I’ve seen Afflicted and his episodes of Intervention, and there’s a pattern there of exploiting people in vulnerable situations.”

“I’d just tell him to stop turning people’s lives into freak shows for viewers to gawk at,” Hill continued. “And definitely stop tricking the subjects of your shows into thinking you’re making a legitimate documentary when you’re actually making salacious reality TV.”

Another criticism of Afflicted rests in its choice to encompass several different illnesses ranging in severity; this was a significant point of contention for some of the participants. As Hill explained, by interweaving all their stories via seven themed episodes—which explore topics such as “The Cost” of treatment and the way illness can become a large part of a patient’s “Identity”—it implies that a woman drinking Champagne at a party and saying, “When you’re healing you gotta look hot,” is “in the same category as someone like me who is too sick to speak audibly and can’t walk.”

Combine this with the fact that the only common thread that appeared to underlie these very disparate stories seemed to be an overarching focus on the mind-body connection, and you have a series that Disability Visibility Project founder-director Alice Wong calls “another sensational portrayal of illness and disability.”

“The narratives are framed from a non-disabled perspective,” Wong said. “Afflicted has a voyeuristic fascination with the various treatments and behaviors seen as 'bizarre' and 'controversial' as if the people featured are aliens.”

And though there were inklings of this during production, Hill says his initial doubts were assuaged by a field producer who also suffered from a chronic illness—a move that he believed meant “they couldn’t do too much harm.”

“That’s where I was naive,” he said. “I think it would have been hard for them to make a show that made chronically ill people look worse than Afflicted did.”