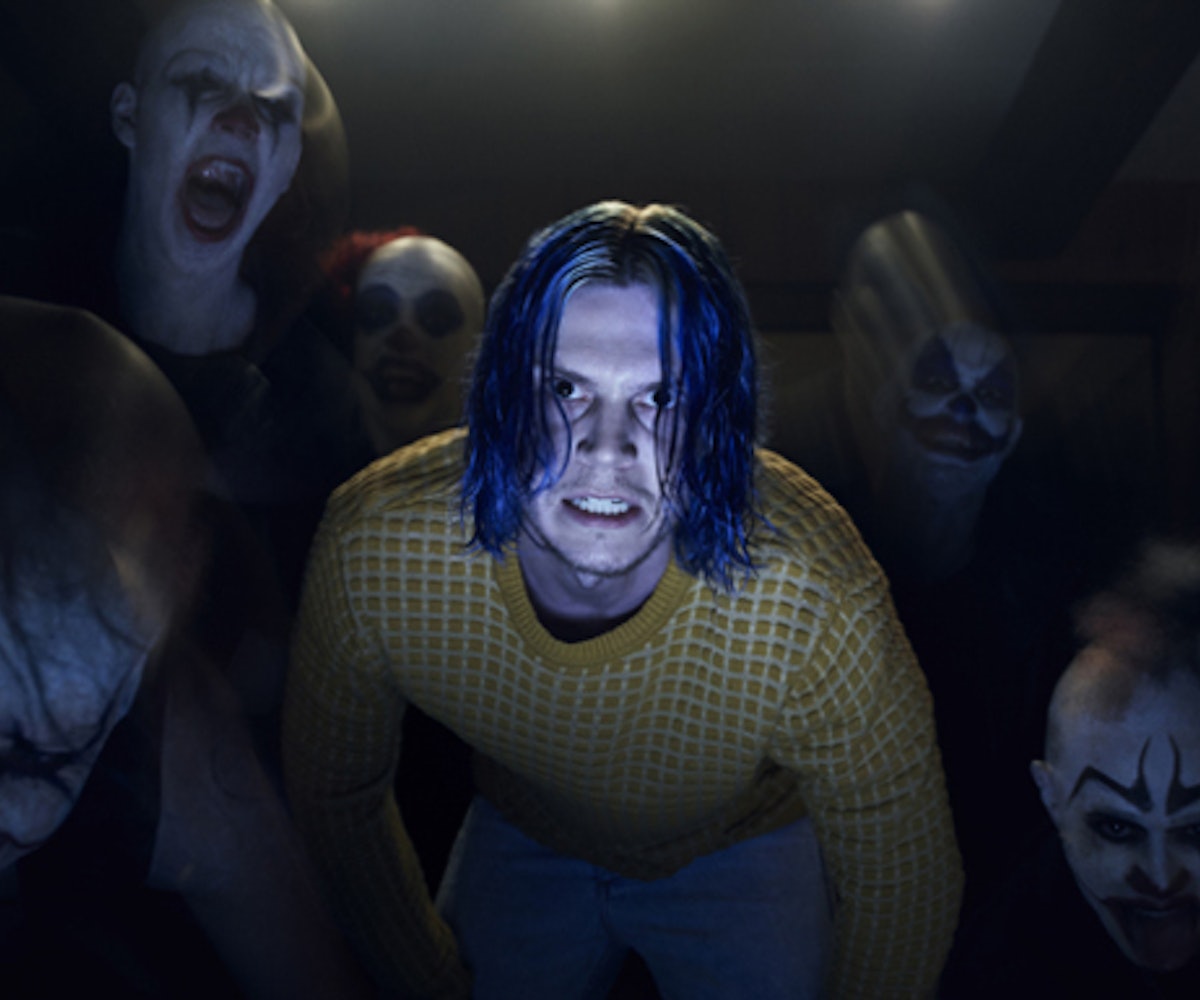 Warning: This post contains spoilers about the current season of American Horror Story.

If you’ve been watching AHS: Cult, you likely weren’t shocked by the end of last week’s episode. In the wake of finding the body of her kitchen manager in the restaurant freezer, Ally Mayfair-Richards (Sarah Paulson) begins collapsing in on herself, fueled by her existing paranoias and the certainty that she and her family are being hunted by murderous clowns. So, supported by new neighbors Harrison (Billy Eichner) and Meadow (Leslie Grossman), she buys a gun. This is is how a restaurant employee named Pedro Morales (Jorge-Luis Pallo) meets his end—at the hands of an ally, aka Ally. It was as Chekhovian as it was heartbreaking.

Of course, Pedro himself didn’t have to die. After a power outage scares Ally enough to begin seeing and fighting off clowns, her wife Ivy (Alison Pill) tries to help by asking Pedro, who works in her restaurant, to drop a few things off at the house to make Ally feel better. So, it could’ve been anyone on the receiving end of Ally’s bullet; any character going about their day-to-day before coming up against a woman illegally wielding a firearm. But it was Pedro, the third character of color to be murdered in the span of two episodes.

Not that Ryan Murphy’s been discreet about his intentions this season. Framed around the Trump presidency, Cult has been an obvious take on the way some Americans have used the administration to fuel their fears and prejudices. Where Ally begins using the political climate to make sense of her increasing phobias, we see Kai Anderson (Evan Peters) take a page from the book of Richard Spencer, and begin appealing to fears through “us versus them” rhetoric and peppering his hate speak with enough supremacist code to mask his true intent.

So as with all American Horror Story installments, privilege in Cult still abounds. Namely, Kai has the privilege of being a white man who uses his whiteness to position himself as a bankable candidate for city council. Then, when campaigning, he uses a quiet brand of toxic masculinity to intimidate and manipulate, clinging to the idea of fear as the ultimate ruling tool, kind of like another world leader we know, which was Murphy’s intent.

“We examine how those people rise to power and why people followed them,” Murphy explained back in August. “For some reason, there was something going on in the culture, at that time, where people were so disenfranchised that they were like, ‘I’m going to follow you, Charles Manson, I’m going to do whatever you say.’”

The thing is, the privileged have usually been villainized in AHS regardless of political climate or whether we’re talking about Dr. Ben Harmon (Season 1), Delphine LaLaurie (Season 3), or the reality TV producers in Roanoke. And Murphy’s message, while at times hard to decipher and slightly derailed due to the scenes it plays out in, seems to usually be built on reclamation, particularly that those who don’t think they have power eventually tend to claim it, while those with the wrong type will usually combust.

But what’s different about Cult is that it’s not set in a New Orleans coven, nor in a freak show over half a century ago. Instead, it’s set in our current world amidst our current reality, leaving the overarching message to be one that’s eerily in step with the mantra of Trump’s administration and those who believe in it. This time, the most privileged character isn’t flailing or suffering or desperately trying to claim what he believes he’s owed. He is soaring and, as further promised by Murphy, will get progressively darker and more successful until he’s ultimately paralleling a trajectory we’ve already seen play out. This time, those who are not sharing in that same type of privilege are simply being terrorized or—like Pedro, or Mr. and Mrs. Chang last week—wiped out. It’s a critique of privilege on the opposite end: It’s a depiction of what can and does happen when it goes unchecked.

Which isn’t to say it’s a perfect critique, or what we think AHS will be about in a few weeks. (I remember arguing that Roanoke would reveal Shelby and Matt were just weird ghosts for at least two months.) It’s also troublesome that every character of color we’ve met has been killed in less than an hour of us meeting them (especially since Murphy is not Jordan Peele, and is therefore far from morphing Cult into the TV equivalent of Get Out). Which means that should this season use politics as its backdrop and continue to tackle the notion of privilege, it needs to ensure that it adapts to suit the political and social climate it takes place in.

After all, previous seasons have been rooted in fiction. Characters were just that, and the danger wasn’t real. But Cult takes place in a world we live in now. Its villain is one we see and hear from regularly, feeding off the fear of anyone who doesn’t subscribe to the same lifestyle while targeting anybody who is “other.” Cult can still be scary, and fun, and over-the-top, and sensational, and camp—but it now also has a responsibility. It must force us to confront our own privileges, our own prejudices, and the way we justify our own actions through fear. It must also use characters of color as more than props to further someone else’s story. And it must commit not to descending solely down the path of AHS-typical horror.

At least not if it wants us to take its message seriously.

NEXT UP
Culture
The White Lotus Will Return For A Third Season
Culture
Not One, But Two BTS Documentaries Are Coming
Entertainment
Spotify Wrapped 2022 Reveals Your Listening Personality Type — And What That Means
Entertainment
Olivia Rodrigo Hinted At New Music In 2023