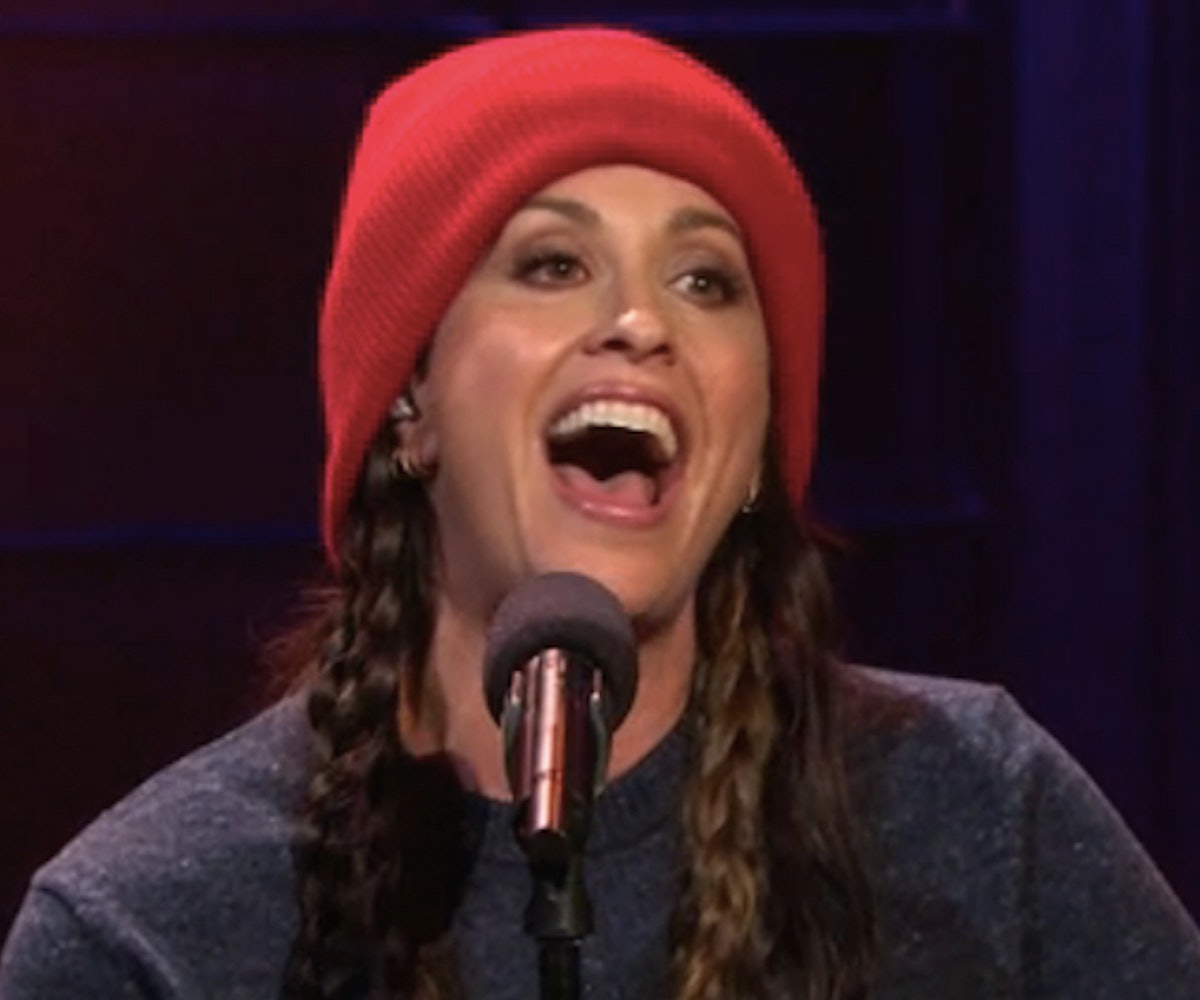 It’s well known by now that Alanis Morissette’s beloved track “Ironic” contains very few ironies whatsoever, and is rather a collection of notable bummers (which is itself ironic). Honestly, that’s okay—the song remains a wonderful thing. But, in our digital information age, is it still as immediately relevant as it was way back in 1995?

Perhaps not, if this clip from The Late Late Show With James Cordon is to be accepted on face value. Here, Morissette dons that old red knit cap and steps to the mic to fill her classic hit with modern-day bummers, including Tinder oopses, Uber entanglements, and the kind of disappointments that only Instagram offers. The charming Cordon chimes in—as he always does—to good effect.

It’s funny stuff, but does it actually make "Ironic" more ironic? Ironically, no.

Also, check out this other late-night update to the track from last week.