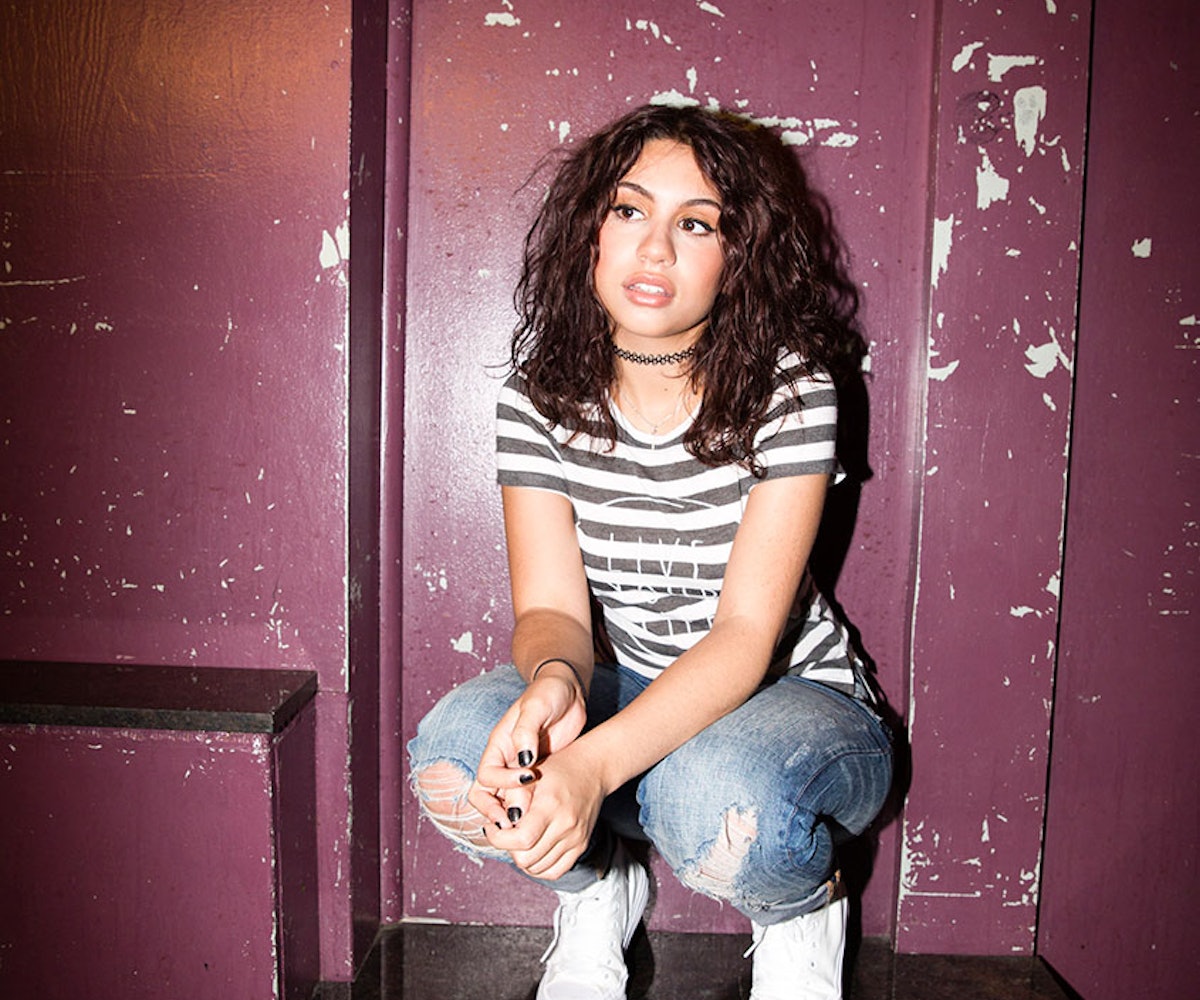 19-year-old singer Alessia Cara went from YouTube sensation to Def Jam signee, and her hit song "Here" is just the beginning. Read up on her journey in her "It Girl Résumé," as featured in the October issue of NYLON.

To connect with as many people as possible through music

Born in 1996 in Brampton, Ontario, Canada

Dropped first single, introvert anthem, “Here.” “When we wrote it, I wasn’t sure if anybody was gonna hear it, and when we released it, it was crazy the amount of people who related to it. I thought I was the only one who was awkward in social situations, and just seeing everybody saying, ‘No, I relate’—everyone from 40-year-old men to 14-year-old girls—that was the biggest surprise.”

Appeared on The Tonight Show Starring Jimmy Fallon. “I was backstage, and I was so nervous. He came up to me and was telling me how he found me on Tidal and was like, ‘We have to have this girl on, and it doesn’t matter if she’s new,’ which was so nice of him.”

Released debut EP, Four Pink Walls. “I’ve never had a body of work out before, so even though it’s just five songs, I’m really, really proud of it.”

Songwriting. “Lately, I’ve been writing a lot on planes with no instruments. I’m just coming up with melodies in my head and then putting them into my voice note recorder. On plane rides you have so much time to think, and it’s your only time to yourself where there’s no distractions, so it’s easier to write.”

Celebrity impressions including Ariana Grande, Lorde, and Nicki Minaj. “Hosting Saturday Night Live is one of my dreams.”

Hot-wing connoisseur. “Me and my best friend, we go to Kelsey’s. I don’t know if you guys have Kelsey’s [in the U.S.], but it’s like a Chili’s, and they have half-off wings on Thursdays and this amazing spinach dip, so we’ll have spinach dip and wings. That’s our thing that we do.”

“Drake and I were performing at the same festival, and he introduced himself and it was the best thing in the whole world. He gave me encouraging words and said he’s proud because we’re from the same city. It was one of those things where I was out of my body, like, ‘This isn’t happening to me.’”

Received Twitter shout-out from Taylor Swift after performing an acoustic cover of “Bad Blood” for BBC Radio 1. “That was insane. I saw that happen in real time. Like, I was on my phone and I saw the notification pop up. My heart just stopped.”

NEXT UP
Entertainment
Ebony Riley's "Deuce Deuce" & 9 Other New Songs Out This Week
Beauty
Hailey Bieber’s Bubblegum Pink Nails Are Channeling Spring
Culture
An Ode To Stripperweb, The Beloved Sex Worker Forum
Fashion
Bottega Veneta Just Dropped The Next It Bag For Spring
Style + Culture, delivered straight to your inbox.