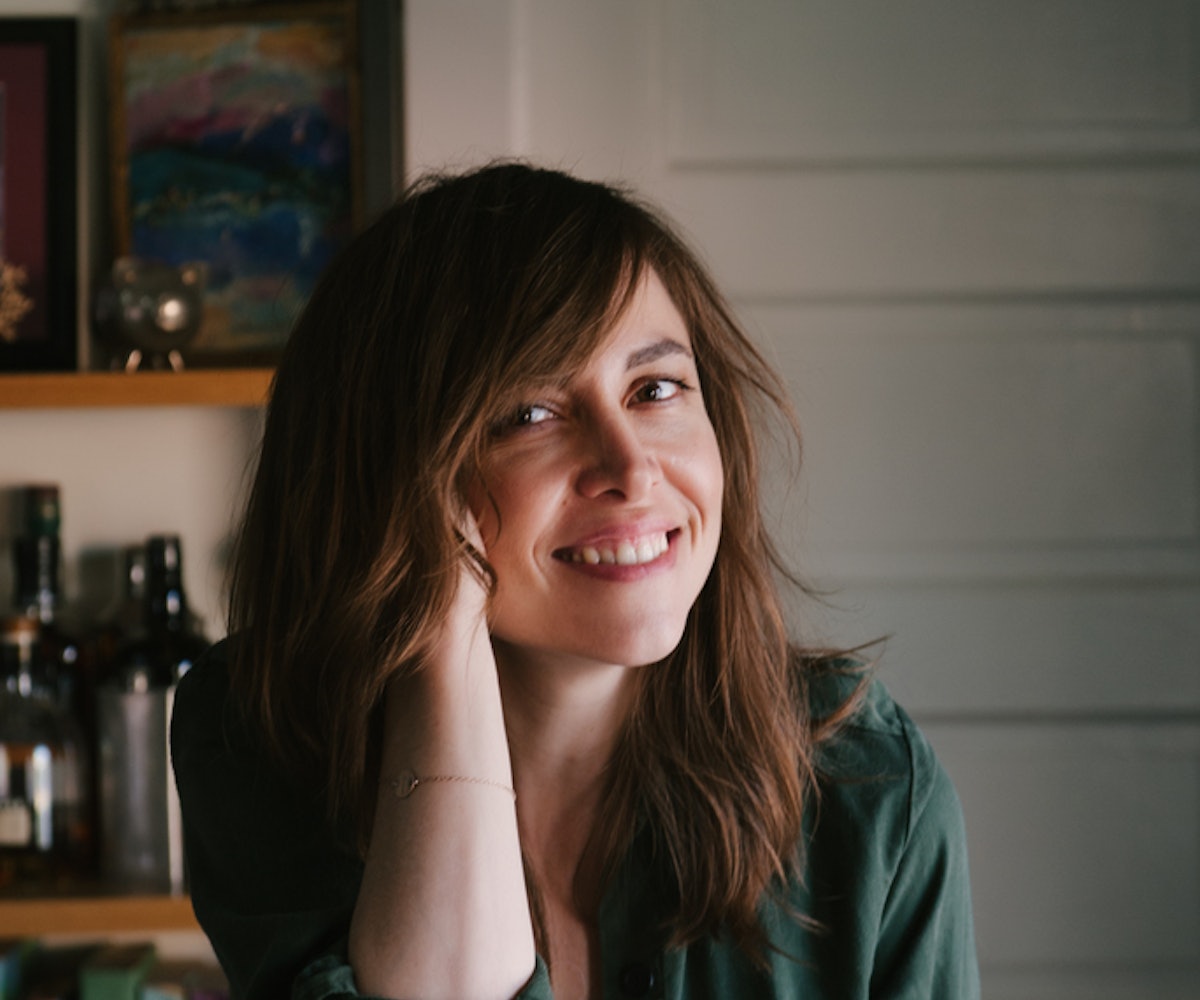 Alethea Jones is currently living the dream so many filmmakers have. After making a name for herself directing television and short films, the Australia native finally got a shot to direct a feature film when producer Naomi Scott and writer Julie Rudd approached her to make Fun Mom Dinner, an R-rated romp about four women whose only connection is that their kids attend the same school, but who nevertheless decide to go out—and to go out hard. The movie, which stars Katie Aselton, Molly Shannon, Toni Collette, and Bridget Everett, is the latest in a line of women-behaving-badly comedies that have become popular after the success of Bridesmaids, and Jones has managed to parlay the success of the movie—it's currently available On Demand and Digital HD—into landing one of the most coveted gigs in Hollywood. In the following interview, Jones confirmed for the first time that Sony has tapped her to direct its highly anticipated Barbie movie, with Anne Hathaway slated to star in the lead role. Here, she talks about the status of that project, what separates her movie from other R-rated comedies, and why things are actually getting better for female directors in Hollywood.

How did you come aboard Fun Mom Dinner?

I got the call from my manager saying that the producer was specifically looking for a first-time female feature film director. I read the script, and it was like everyone was in their 40s and 50s. I'm not a mom, and I'm in my early 30s, and I sort of went to my manager and was like, "I don't think this was meant for me. I don't think this is my movie." And he said, "This is pretty special, and these are really great people to work with." And the rest is history.

Do you think this movie is a result of the so-called "Bridesmaids effect," in that it is part of a genre of movies featuring women behaving badly that have been pretty frequent since that movie’s success?

This movie existed in Julie Rudd's mind for, I think, the last seven years. She had a very specific agenda in wanting to make it, she had never written anything before, and so it definitely sprang from the group of women she found herself socializing with. She didn’t think she’d be friends with them and the only thing they had in common was that their kids went to school together. It had a very honest inception. I feel like it was a little bit of a Zeitgeist moment where all these things are happening in their own little incubators and then they all sort of sprang forth.

How did the success of Bad Moms affect this movie, if it all? Did you consider changing the title of your movie?

I still haven't seen Bad Moms, and I deliberately didn’t. But we have a lot of good will toward it because it's proof that there's an audience that cares about women and motherhood. And the thing that I like to say when people bring up Bad Moms to me is I don't think the director or writer of Ant Man, or Superman, or Batman or any other "man" film gets asked the same thing, like, “Are you worried that there's another film with ‘man’ in the title?" It's the same with having two films with mom in the title.

When Rough Night bombed earlier this summer, some declared it to be the end of the female-centric R-rated comedy, and then Girls Trip was a big hit later in the summer, so that shifted once again. Were you following that whole narrative and how it related to your movie?

A little bit. Girls Trip, when I saw the trailer for that, I was like, that is genius, and I am 100 percent in. They're two very big studio films though, and ours is a very indie film. People expect we had a bigger budget than we did, but we made our film for under three million dollars. It’s nice to be compared, but those are pretty bombastic story lines, and with our film, it doesn't turn into a caper or big adventure. It's about friendship, and we deliberately did that. I prefer it be compared more to the films in the '80s, John Hughes kind of films, where it ends in friendship and a party and it's calm and loving.

Where were you in your career when this film found you? Were you looking to direct your first feature?

I don't call myself a writer. I love working with writers, and my favorite thing to do is direct and work with my heads of department and my cast. I was always in the mix for things, and it would always just go to someone else, usually a guy. At the time, Fun Mom Dinner came in, I was actually close on another studio movie, and I said to my manager that maybe the studio movie is the thing I should pursue because I’m not a mom. [He said,] I can wait for my perfect first feature to come along, or I can rip the Band-Aid off and prove to people that I can make a feature. And I'm so glad he said that because it turned into such a creative, joyous experience.

Hollywood still has a long way to go in terms of female representation behind the camera, but do you think we’re in the midst of a sea change?

I 100 percent feel that and I've been saying that for the last two years. This is a huge industry, and it's like a big ship, and it takes a long time to steer the ship around. So two years ago, I was saying, "It's happening now." I was getting more meetings, I was getting my foot in the door more, and now I feel like there's a lot of possibility and options out there.

What kind of sensibilities did you bring to this film that maybe a male director would not have?

There's a character who is a newly single mom with a four-year-old, and she's using dating apps and Instagram to find dates. And on first reading, I’m trained to think that that's probably going to be the youngest cast member and she's probably going to be the prettiest cast member and in her late 20s or early 30s. And I came out of the gate saying I want Molly Shannon for that role. Why does the single girl role, the romantic role, have to go to the girl in her 30s? And Naomi and Julie were like, “Perfect, let's cast her, who's next?” I wonder if maybe a man might not have thought of that.

Your name has been popping up as the top candidate to direct Anne Hathaway in the Barbie movie. Are you allowed to say if you’re doing it?

I am doing it, and I am actually allowed to say that. It's in the very early stages, so I can't comment too much, but already I'm working with these really powerful creatives, and for the last few months, I've been meeting with them and working on the script. The other day I said to Naomi Scott and Julie Rudd that it doesn't feel foreign to me because Naomi and Julie are these powerful creative strong encouraging women, and that was a first for me, working with that caliber of person. So it was just a very natural transition going into this new movie with that type of person, there was no culture shock.