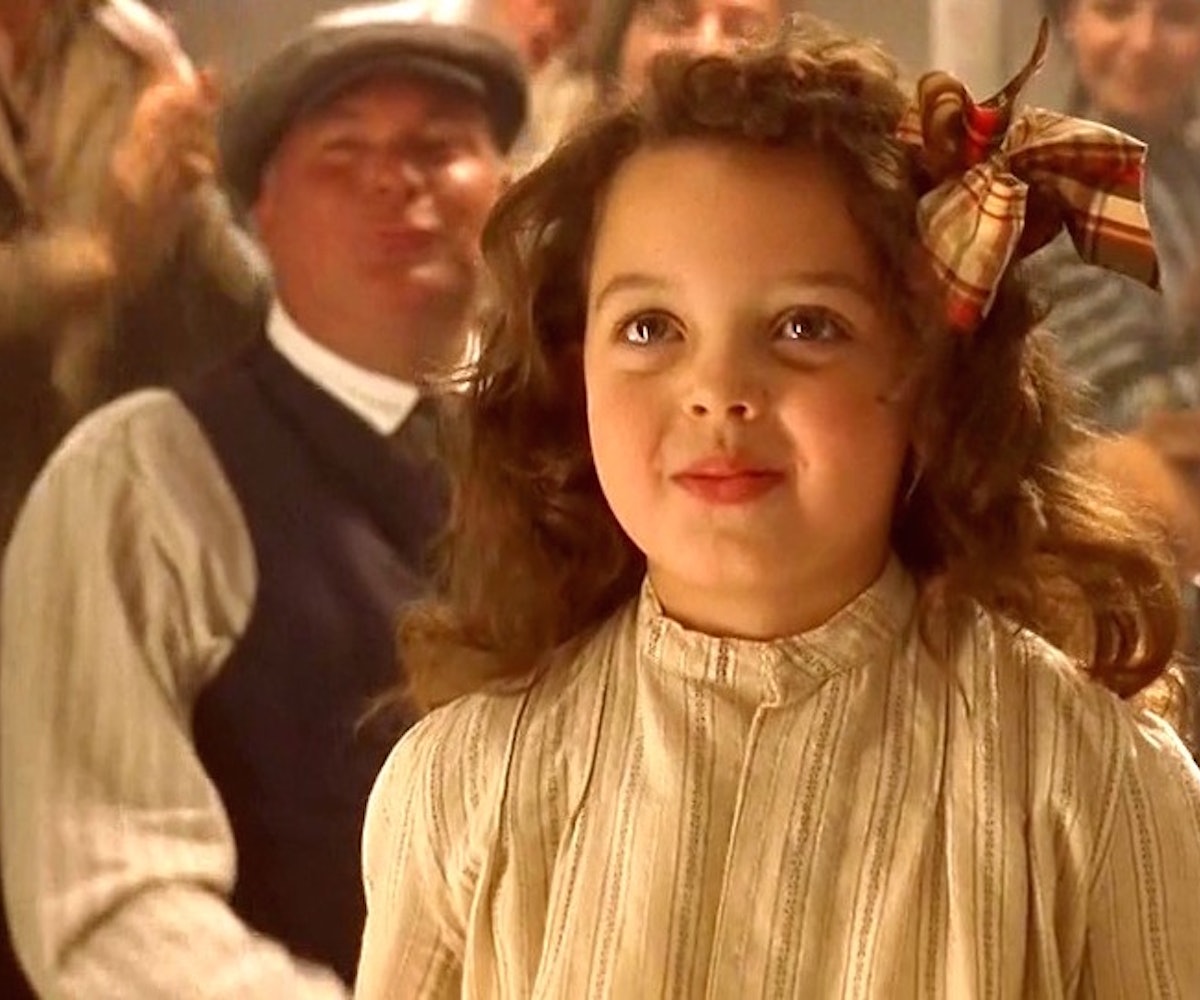 Many of us have seen Titanic more times than we care to admit—pulled in again and again by a young Leonardo DiCaprio, who plays a roguish and sensitive third-class hunk (who eventually freezes to death, but we don't like to think of that). In fact, we still recall the jealousy we felt for one lucky little girl who Jack twirled around at the below-deck dance party before her told her, "You're still my best girl, Cora."

That young girl, whose name is Alexandrea Owens, is all grown up now and remembers the blessed days when she worked with DiCaprio on the set of the movie. Owens played Cora Cartmell, a young, steerage-level passenger who gets to dance with Jack before Rose takes over (because she's a troll). According to Buzzfeed, Owens said that DiCaprio would order her peanut butter and jelly sandwiches between scenes. “We filmed a scene where I was supposed to be enjoying the third-class party, and Leo was dancing around behind the camera trying to make me laugh,” recalls Owens.

And apparently he was a great dancer back then too: "Leo was an awesome dancer! He had to be to make my dancing look better. Plus, dancing with Leo is such a great experience that it all becomes a blur of cool."

So Owens confirmed for us what we already kind of knew—that Leonardo DiCaprio is absolutely the best guy ever.