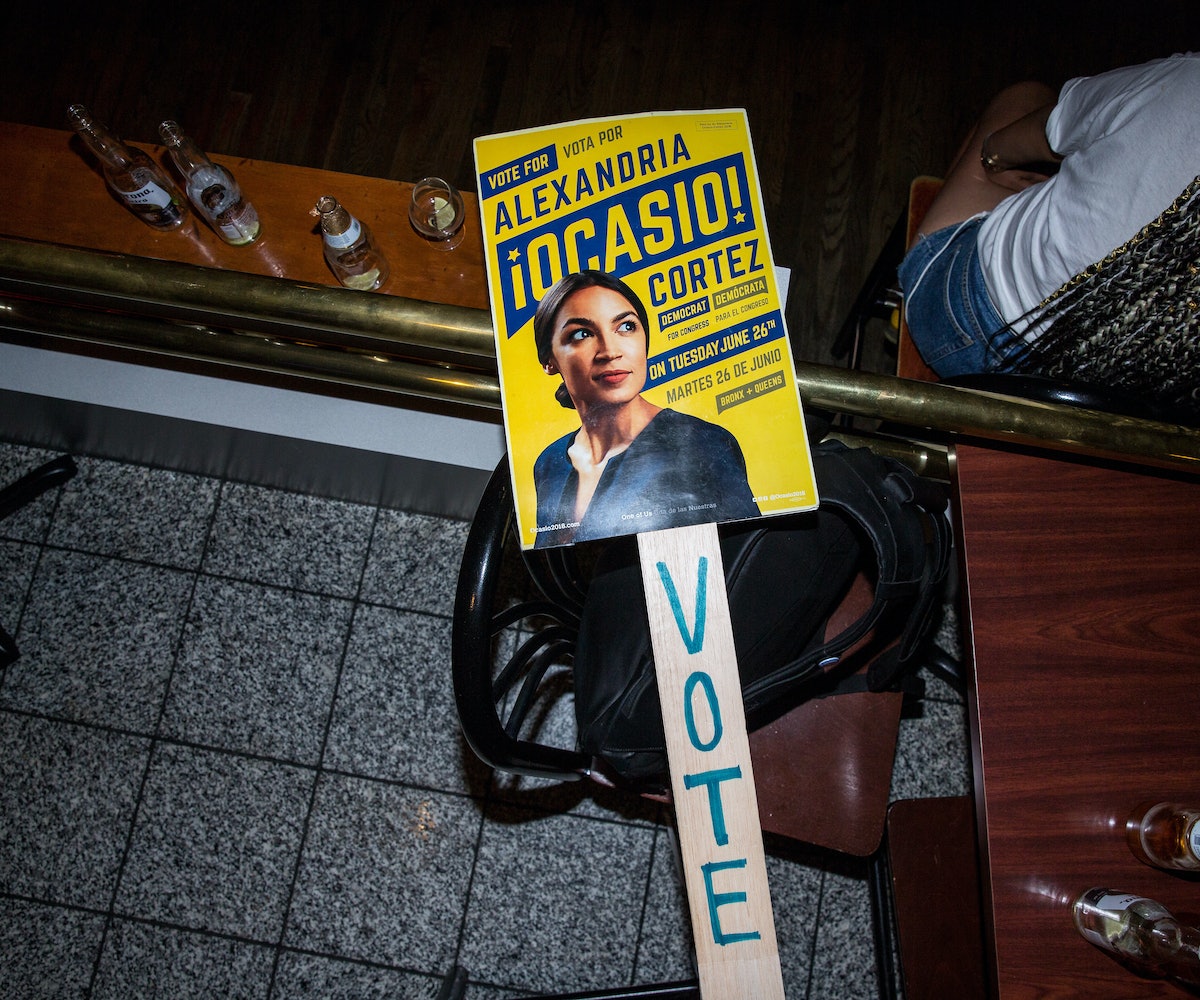 Democratic congressional candidate Alexandria Ocasio-Cortez just won a second primary election—for a district in which she wasn’t even running. You probably remember when, last month, Ocasio-Cortez won the Democratic primary in New York’s 14th Congressional District, in which she was running. But it was revealed yesterday that she won the primary in the neighboring 15th district as well, despite not being on the ballot.

Ocasio-Cortez won the nomination for the Reform Party via an independently organized write-in campaign. New York state law prohibits candidates from holding more than one office at once, so she has declined the nomination in favor of pursuing the office she originally campaigned for.

The Bronx native grabbed national attention due to her victory over powerful Democratic incumbent Joe Crowley, despite the fact that she is only 28 and has never held government office. Further, she ran on a Democratic Socialist platform, with a correspondingly progressive platform.

Ocasio-Cortez, if elected, has promised to fight to abolish ICE, raise the minimum wage to $15, and mobilize against climate change, among other important initiatives. The overwhelming support for her campaign is obviously a sign that the Democratic Party is moving further to the left. Though she still has to win the general election in November, that shouldn’t be a problem, and hopefully will usher in a new wave of truly progressive elected officials.

NEXT UP
Entertainment
Netflix's 'Dahmer' Criticized By Victim's Families
Life
Paul Mescal Is A Single Dad In Emotional Aftersun Trailer
Life
A Studio Ghibli-Inspired Cookbook Is Coming To A Kitchen Near You
Entertainment
Who Will Rihanna Bring To The Super Bowl?