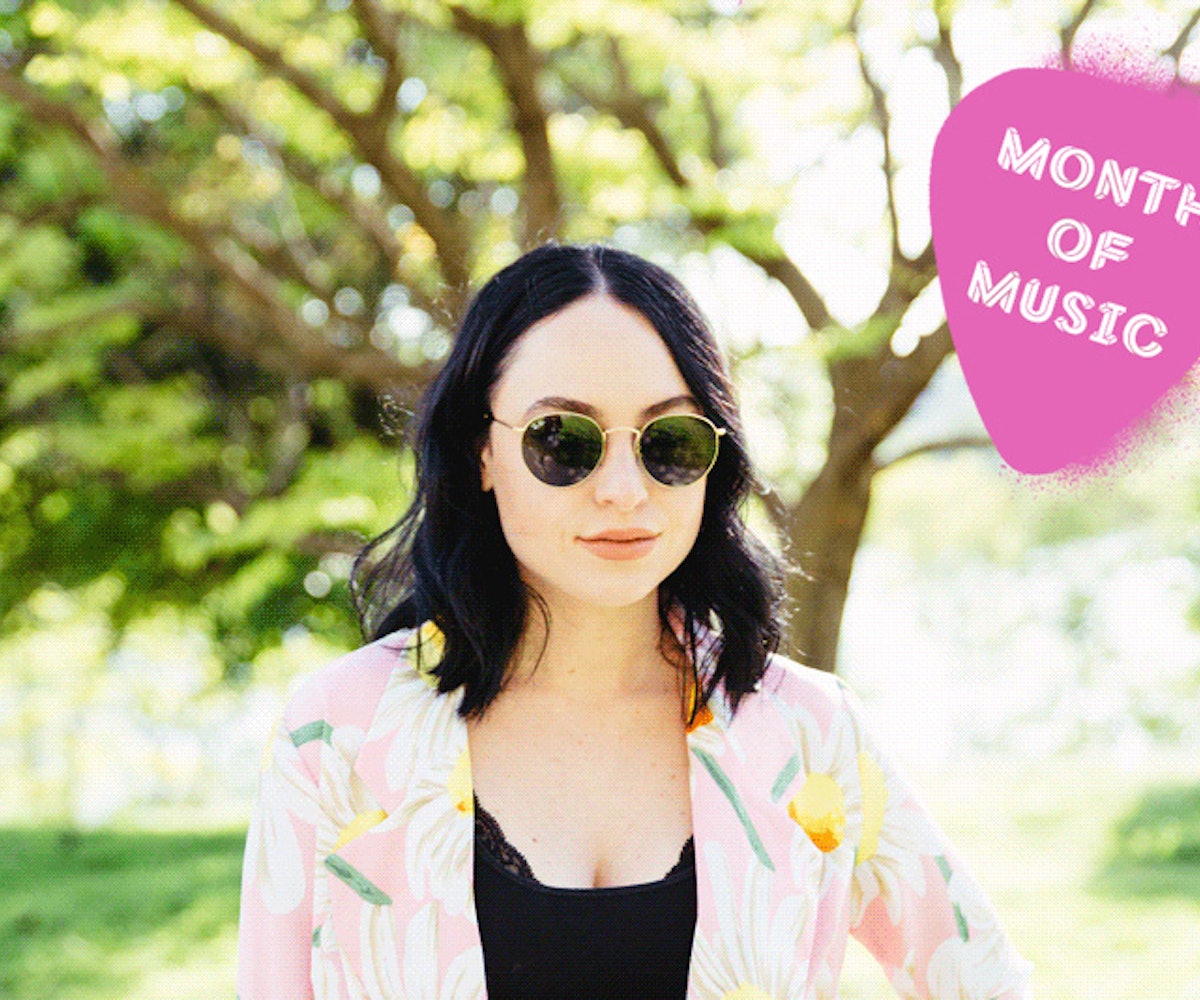 Alexx Mack "parties naked," or so she sings in her latest single, "Red Eyes." It's a risqué statement, sung over a bubblegum pop record that captures Mack's vibe perfectly: naughty, nice, and 100 percent tenacious. Her debut EP, Like We're Famous, is a bright mix of mischievous pop that has its tongue firmly planted in its cheek. Tracks like "Bad" play like an aphrodisiac for a good, debaucherous time. On top of it all, she writes most of her songs herself, which, in this day and age, is a welcome talent. Mack has all the markings of a pop queen in the making. Let her reign begin.

Getting ready in The morning?

I usually listen to “Bad.” If you think about it: You listen to something that makes you feel sexy and empowering. Therefore, you probably chose an outfit that looks hot. Who knows what will happen the rest of the day?!

“Retro Romance.” It puts me in a mood where I can fantasize. I’m a big romantic, so I’ll just sit there and think about something—like what kind of man I want to appear in my life. I’m a big believer in manifestation. I want to manifest everything in my life.

The All-American Rejects. They inspired me to write my own lyrics and songs when I was about 10 or 11. I saw them on TRL when they premiered “Swing, Swing.” Their album was the first one I bought. I had the orange one. I loved it so much. Someone accidentally broke it and instead of telling me, because they knew I loved it so much, put it under my mattress. I thought I had lost the CD. Then a couple years later, when I was moving, I lifted my mattress up and saw that it was there! They inspired me to pursue music.

Were you in the punk-pop scene?

Absolutely. I was in pop punk bands! I was a total scene girl.

Once you’re in that scene, you can’t escape it.

I still get in the car and feel the urge to listen to Taking Back Sunday.

That’s a great question. Honestly, I would get the biggest rush if Cher sang one of my songs. It would be such a moment.

One time I saw Bruno Mars at the Urban Outfitters, on Ventura, in Studio City [in Los Angeles]. I had all this stuff in my hand and he was standing at the register, checking out. I kind of looked at him—and he knew that I was looking at him, but he turned and he winked. I was so overwhelmed with a magnitude of emotion, I put all my things down and walked out. I couldn’t stand behind him shaking. I love Bruno Mars. He is just incredible to me. He winked at me and I lost my shit. It was super sexy.

I’m a big family girl, so I go see my parents and sister. Or, I’ll have a glass of wine with my gay boyfriends and girlfriends.