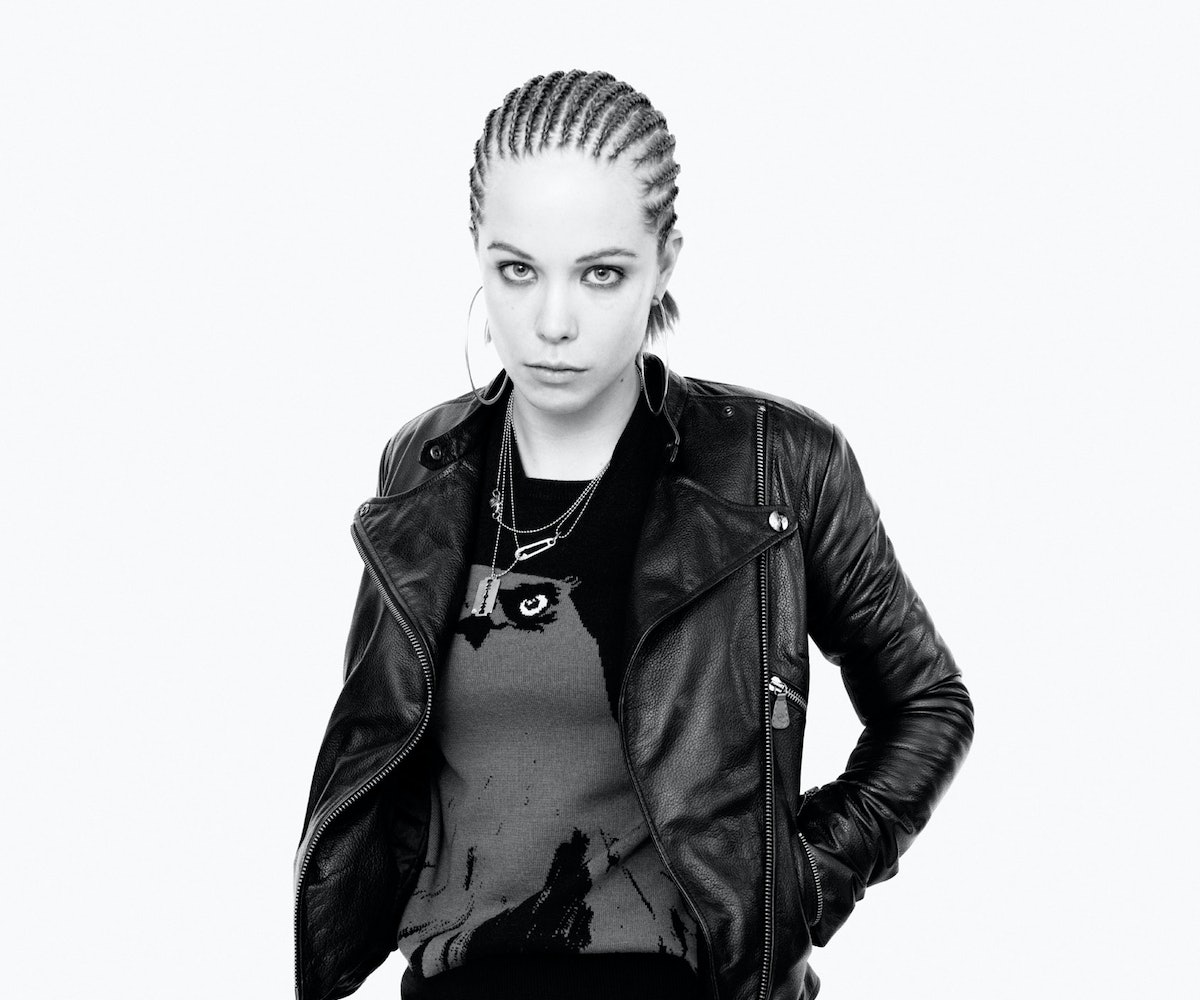 After a frenetic Lollapalooza performance that included a bit of crowd surfing, hitting the bottle, and her trademark scream-singing, Alice Glass from Crystal Castles sat down with us to talk about the music, collaborating with Robert Smith, and her modeling debut.

Your music is so layered. Do you start with one part and then build on it?

Ethan does the instruments and so he'll give me lots of tracks and I'll keep them around with me as long as I can to try and see which melody gets stuck in my head. Then we'll record a bunch and pick the ones that I like but we'll always record a song at least five times.

What's your favorite from your most recent album, (III)?

On the song "Birds," I'm playing guitar so for some of the tracks it was cool for me personally because I could record a really long noise track and just have fun with it for a couple of days and then we'll end up cutting it up later.

So once you record it and then it's cut up and reassembled, does it sound totally differently than you remember it?

Yeah totally. Especially after mixing in all the levels.

I think earlier on we were really surprised that anyone really liked it because it just seemed really noisy and abrasive to us and that was cool for what we were doing in small punk shows. I mean, I'm totally surprised that people like it and get it and that's cool. But we've been doing it for a while I guess--not to say I've gotten used to it or anything, it's still really surreal every time.

Does it feel any different performing now from when you started and you were playing in front of smaller crowds?

I feel like earlier on, especially at some of the shows that weren't specifically our shows, there were a lot of people that weren't there for us and I kind of got off on hating them a bit--because they fucking hated us, and I wanted them to hate us. Some people that are, like, jock kind of dudes, they would be confused as to why I was shouting.

What was it like collaborating with Robert Smith on your sophomore album?

It was amazing and surreal and I always respect him so much. He's a really sincere person and I love his voice. We played a show with him in London and he wanted to work with us after that.

How did the McQ ads come about?

Did they put those cornrows in or did you already have them?

Oh no! I thought they looked cool. It was just the vision they had for it and so I just respected whatever they thought. I kind of liked them; I liked the restrictive feeling, like bondage.

So you only work with brands that you can get behind?

Yeah totally, I wouldn't do it for just anybody. It was more of an avant-garde artistic means of doing something like this and not just for commercial appeal.