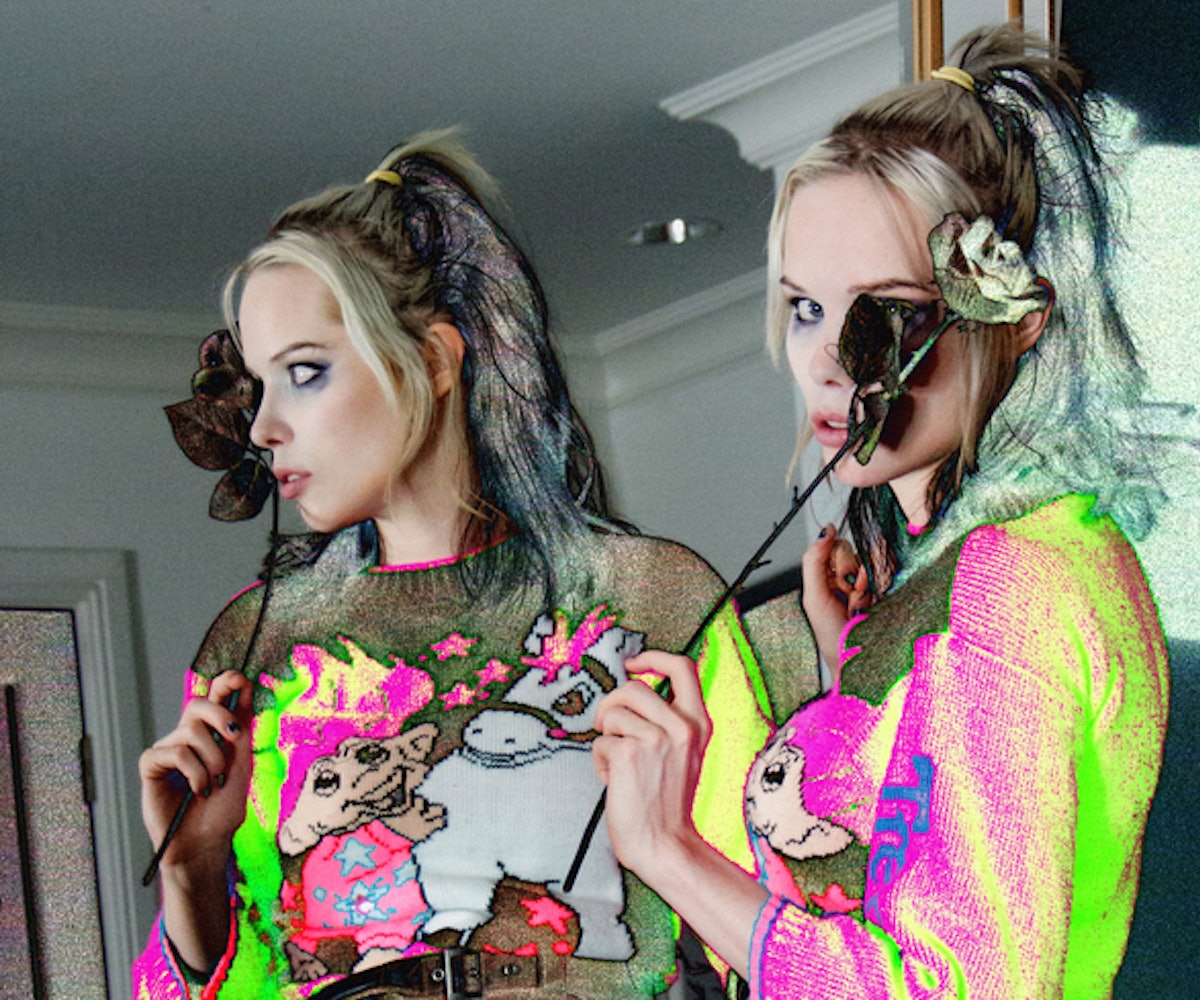 While you were sleeping, Alice Glass quietly released her debut solo EP, Alice Glass. The former Crystal Castles frontwoman goes hard in the dark basement electronic house vibes. She hasn't lost her ability to be at once delicate and fiercely aggressive. Alice Glass is a triumph of self-loathing, redemption, and perseverance.

Produced in part with Jupiter Keyes (HEALTH), this project is the result of two years of songwriting. It follows her debut single, "Stillbirth," which dropped in 2015. In an interview with Thump, Glass says, "Some songs sound more like being eaten by fire ants and some songs are like being slowly consumed by a snake." She's not far off; Alice Glass is a barrage of noise, synths, and hostility. For once, we can hear her voice clearly. Welcome back, Alice.